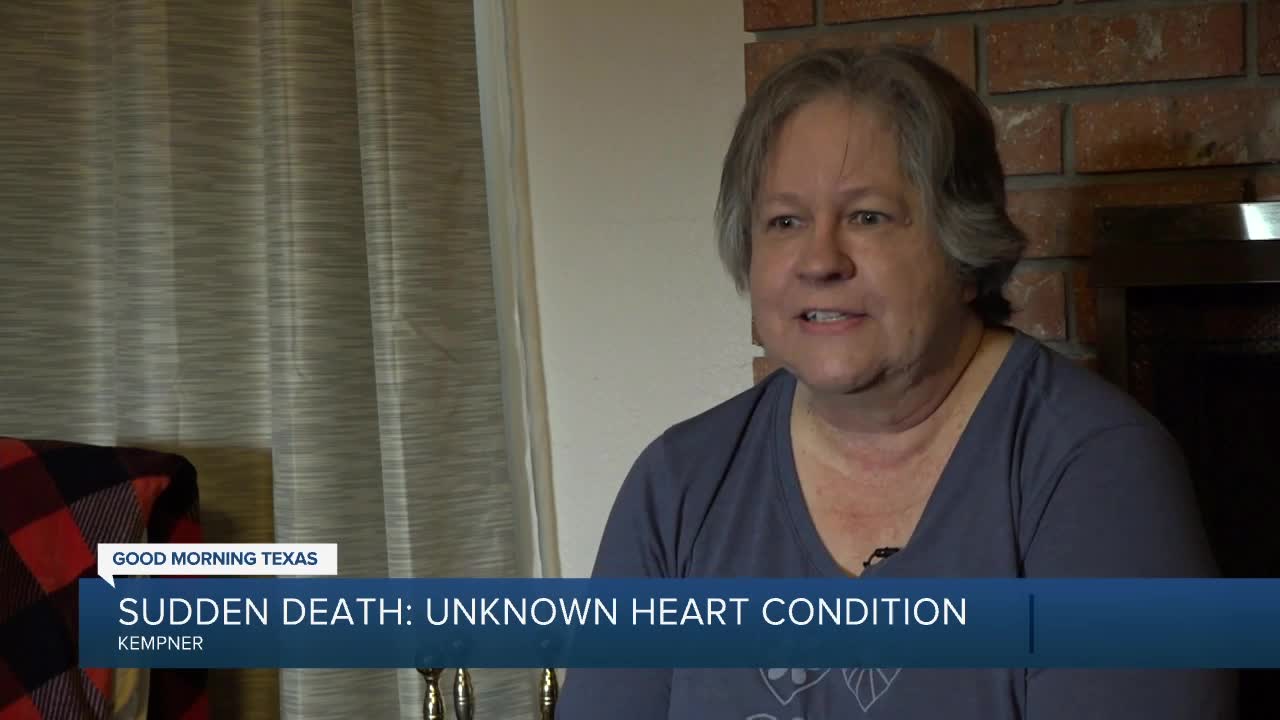 KEMPNER, TX — Grieving mother, Mardi Peaster, remembers her son and his recent passing due to an undiagnosed heart condition.

"He was very athletic, here he is doing a triathlon" said Peaster, holding up two photos of her late son, Douglas Redlin.

Peaster recounts her son as a funny, loving, quick-witted and athletic. So when he unexpectedly died within minutes at the young age of 27, his family was in shock.

Peaster explains, the day her son died, she had spent time with him at the Killeen Mall, and they planned to get dinner together that night.

When she texted her son she was on the way to the restaurant, Peaster said he told her he wasn't feeling well.

"He texted back, he was tired and taking a 'coaches nap' he called it, and that he would see us later...and less than an hour later he had died," she said.

Engaged to be married in just two weeks, Redin's fiance called Peaster frantically, but by the time Peaster arrived, Redlin had died.

Law Enforcement and medical officials gave no explanation as to how or why he died so suddenly.

Redlin's body was sent for autopsy for further explanation.

Peaster's mind was going everywhere. How could her seemingly so healthy and happy son die so suddenly?

The autopsy revealed that Redlin died of hypertrophic cardiomyopathy, or in short, an enlarged heart. A condition Redlin and his family were unaware of until it was too late.

According to Mayor Clinic, hypertrophic cardiomyopathy is a disease in which the hearts muscles become thicker, and it becomes harder for the vessel to pump blood.

Peaster says doctors have told her they are unsure if the condition is hereditary, but as a precaution her daughter has been tested for the condition. She is being tested in February.

The Mayo Clinic lists the following as signs of hypertrophic cardiomyopathy:

To be tested, your doctor will order a echocardiogram. Additional testing may be needed.

According to a study by the European Society of Cardiology, 80 percent of patients had no symptoms before death, and only one person in the study had been diagnosed before death.