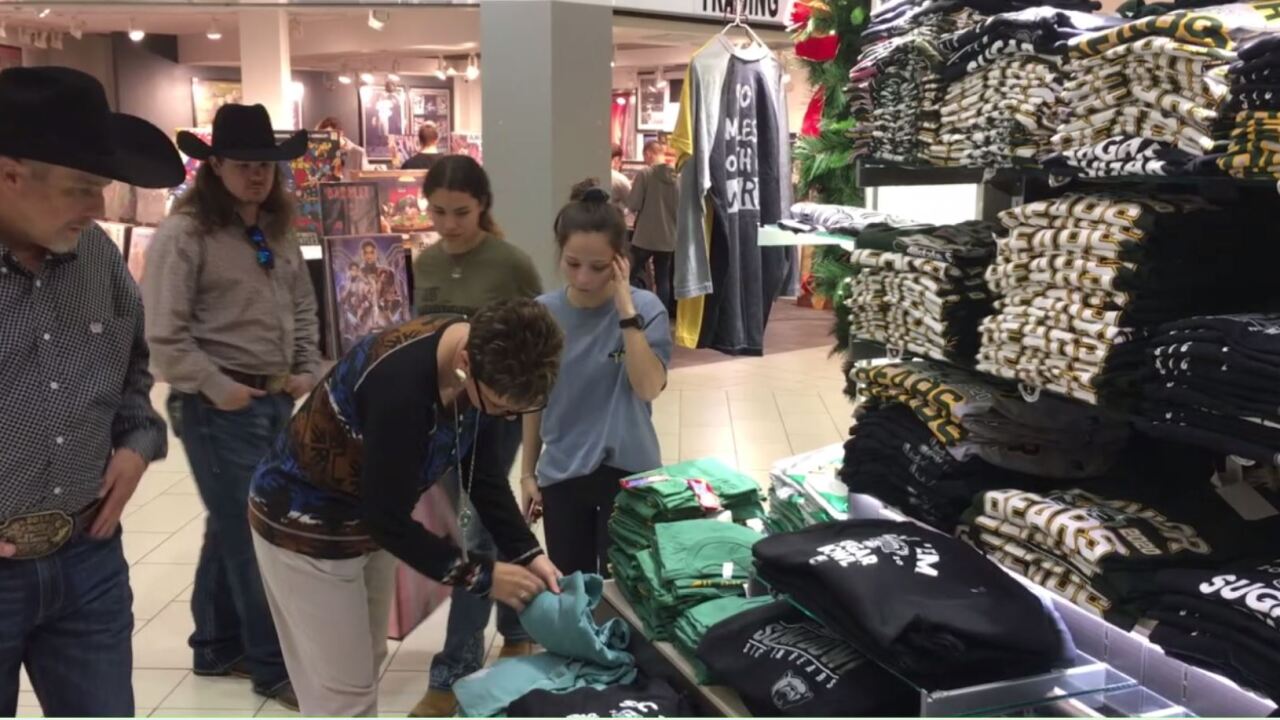 Dennis Turner
Tim Shepard of Hubbard and his family, look over Baylor Sugar Bowl T-shirts at a mall kiosk 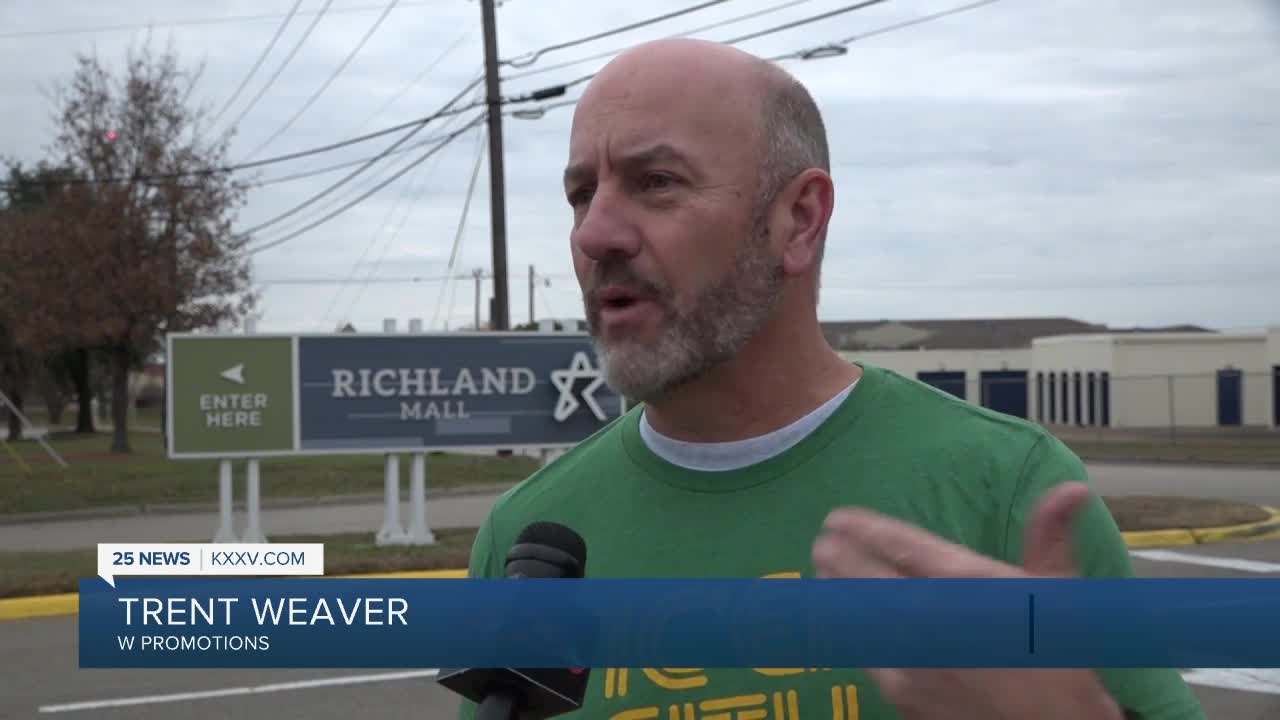 WACO, TX — Baylor's big Sugar Bowl Battle next week has already brought lots of prestige and money to the University.

It's also had a spin-off effect on Waco Businesses.

Baylor T-shirts caught the eye of Tim Shepard and his family as they shopped Thursday night.

The man making all the shirts?

Trent Weaver of Waco, Baylor class of '89, who bought a t-shirt business from a friend in Sunday School and built it into a big branding business, one which thrives on Baylor championships.

"Coach Rhule, you look at all the coaches, coach Mulkey, coach Rodriguez, all the different sports they have done just a fantastic job," said Weaver.

Weaver hopes to get what he calls a "Sugar bowl bump" for his business.

"We get designs pre-approved by licensing by the Sugar Bowl, by Baylor and so, we're ready to print once they win," he explained.

Within hours of the last whistle of the game, Weaver will have this factory humming with Sugar Bowl Champion T-shirts.

Forbes magazine reports Last year the big 12 conference in which Baylor plays, made between $54 and 60 million from bowl appearances... some of which came, and will come right back right here.

Trent Weaver and his 30 employees won’t make anywhere near that, but they do stand to make extra money if...when Baylor wins the sugar bowl.

Weaver doesn't talk finances, but says he has new t-shirts ready to roll.

"I think you could probably look at somewhere between 5-hundred and a couple thousand it just kind of depends on the response. It's been very positive thus far," said Weaver.

Thanks to Baylor's storybook season, and fans like Tim Shepard.

"How much stuff am I gonna buy? Not a whole lot,"

By the way, he walked off with two t-shirts.

Right now you can find Weaver's merchandise on sale at his Austin Avenue Headquarters, or at his kiosk at the Richland Mall.