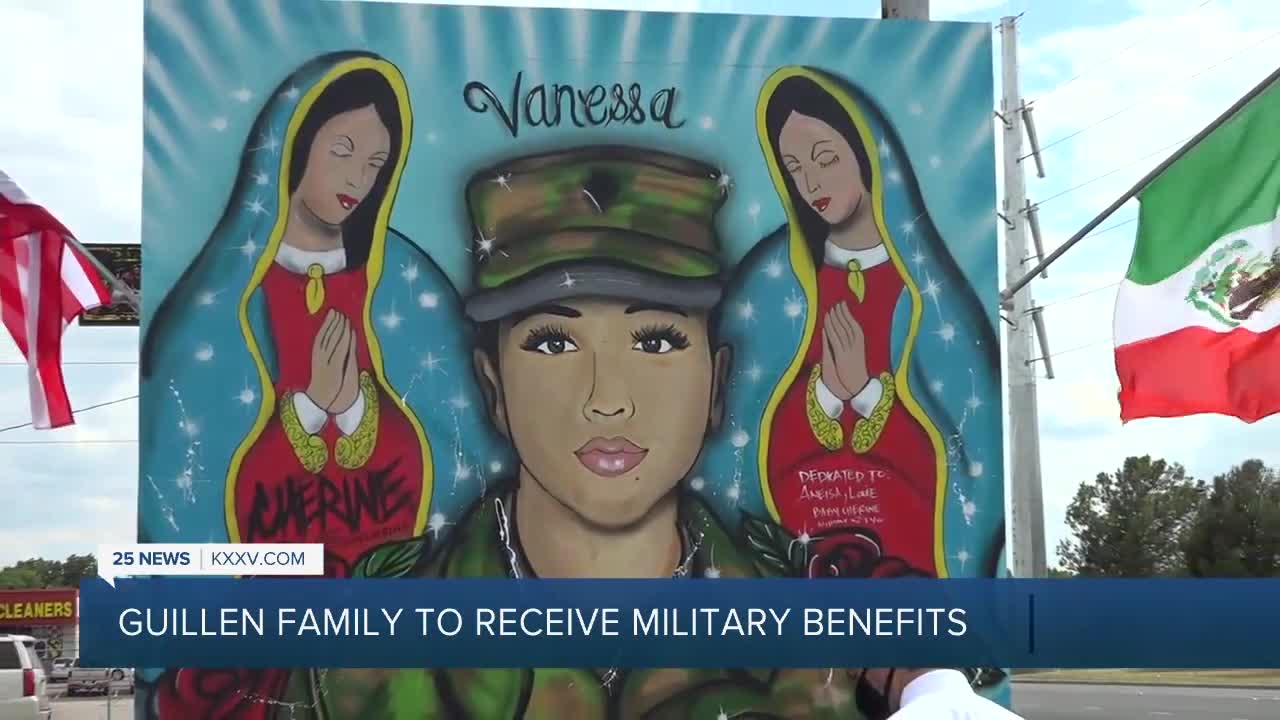 FORT HOOD, TX — The Army has announced the Guillen family is entitled to receive a variety of Army benefits after Spc. Vanessa Guillen's death was determined to be "in the line of duty."

Army officials say the Guillen family was briefed on Tuesday, October 20 on the results of the line of duty investigation into Spc. Guillen's death.

The investigation concluded that her death was in the line of duty. This determination allows the Guillen family to receive Army benefits due to Spc. Guillen's service.

The Army says these benefits typically include compensation to immediately help the family with expenses, funeral with full military honors, the Servicemembers’ Group Life Insurance, and final pay and allowances.

A line of duty determination is conducted for all soldier deaths.

Officials say the III Corps leadership remains in contact with the Guillen family to keep them informed of the additional actions being taken at Fort Hood, and what policies are being revised to ensure Army culture continues to put people first and honors Spc. Guillen's life.

The Guillen's attorney Natalie Khawam said they were also given new, startling information about Guillen case.

“They had called Vanessa’s phone around 8 PM and she did not answer it rang. Turn off that was a little suspicious because her phone was supposedly turned off around noon,” said Guillen.

The details leaving even more questions than answers.

“For us to get this report today by the casualty affairs officer and they tell us there’s statements say that Vanessa’s phone rang at 8 PM, that to me is troubling. We’re getting a new fact every day and they don’t fit into the story they gave us about how she died,” said Guillen.

Khawam said the family is looking into doing their own investigation.

“We’re not satisfied with the response is all the information that we’ve been given. It’s time for us to get some a real investigator and get some real information to learn this,” said Guillen.

Khawam says she also believes there could be another accomplice.

“Robinson, he killed himself but that doesn’t mean he’s the only one there. We can’t rely on Cecily Aguilar’s statement as too he did it by himself,” said Guillen.

Khawam said knowing Vanessa died in the line of duty, it’s pushing the family even more to find answers and get justice.