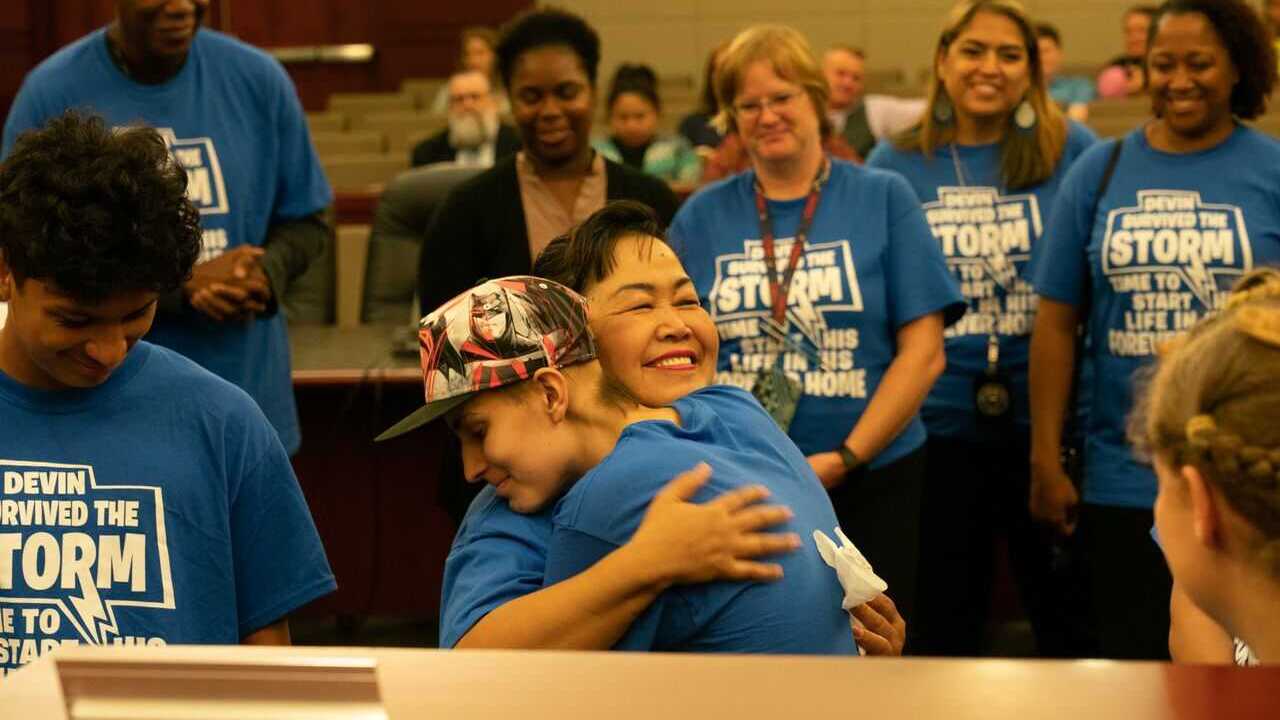 The Heart Gallery of Central Texas 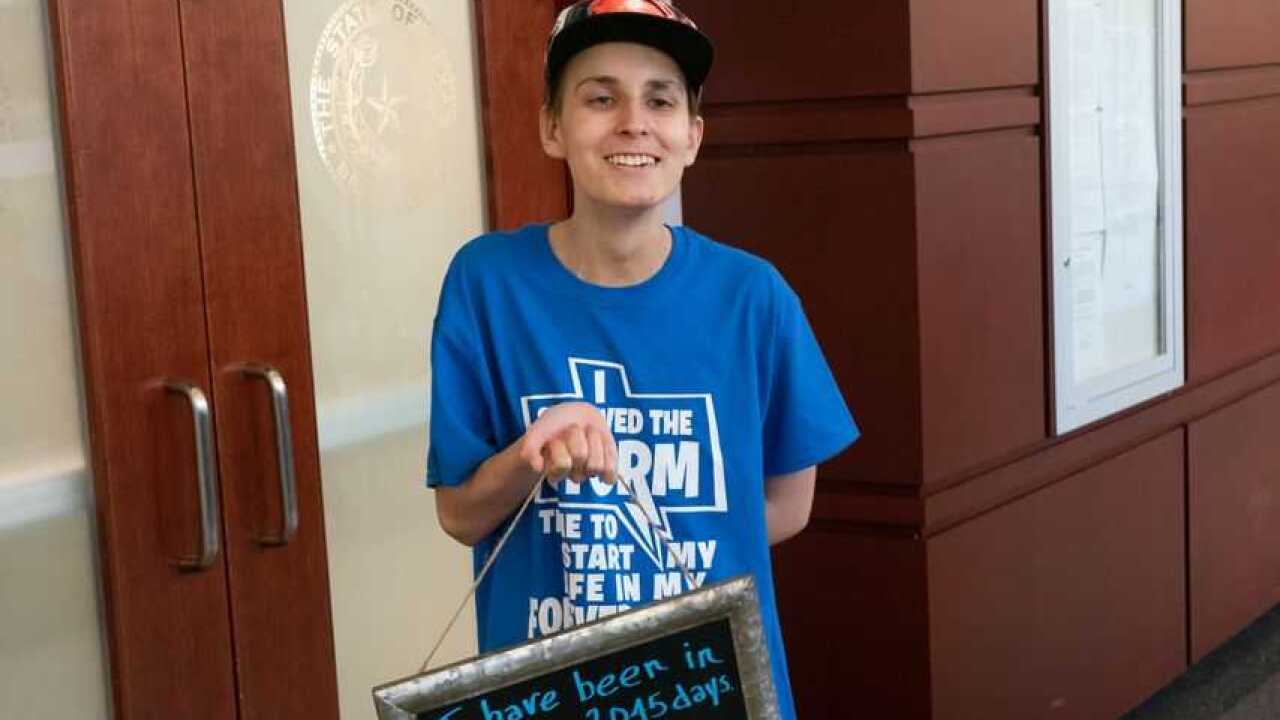 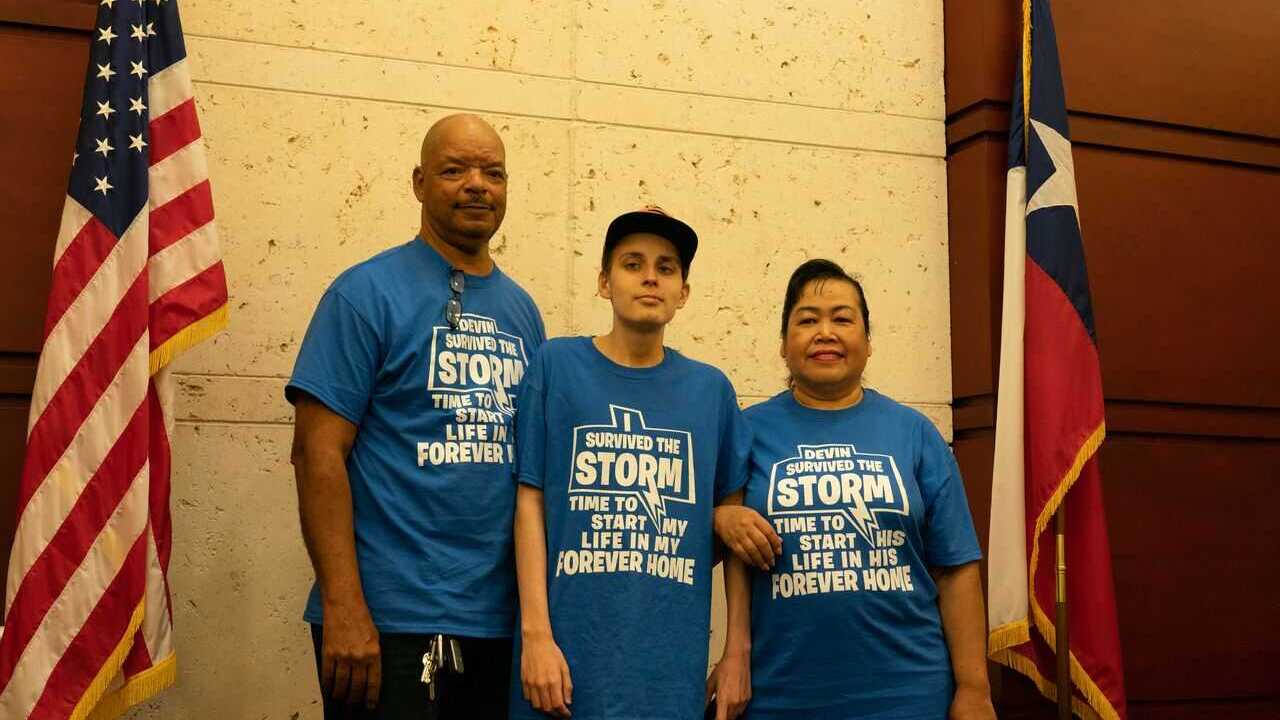 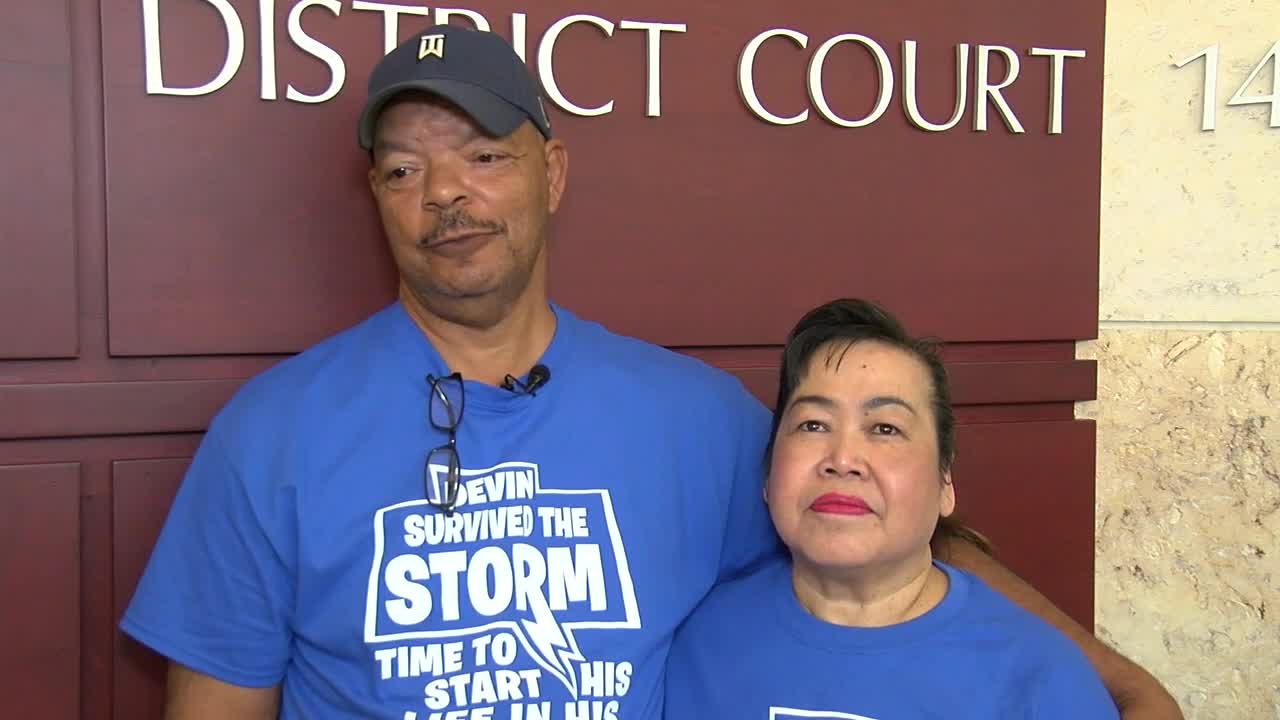 (KXXV) — In a crowded Bell County courtroom, there was a sea of blue.

Everyone wearing the favorite color of a young man who was getting adopted. Devin Williams spent thousands of days in CPS care, 2,045 days, but at the age of 17, he was adopted.

This is the one day he'll remember the most.

"He had a count down. Seven more days. He would text me. Five more days... one more day. Today he texted me that today is the day!" said family friend Normalinda Martinez.

His story inspires everyone in the courtroom.

"To know his story and everything he's been through and just his outlook on life is so positive. I admire his strength," said Martinez.

Martinez is a volunteer who sits by the hospital beds of children in foster care. She met Devin as he was battling cancer.

"It was super important for me to be here. To see his dream come true after everything he's been through. I couldn't miss it for anything," said Martinez.

The Williams have always been family for Devin. He's among the foster children they've welcomed into their Killeen home since 2010.

"It's special because we love Devin. We started doing this 10 years ago because we wanted to make a difference and this is the way," said adoptive dad Oscar Williams.

"These kids have to have somebody to belong to. I said it doesn't matter. Give love to the kids and they give love to us," said Mr. & Mrs. Williams.

A year and a half ago, Devin was diagnosed with brain cancer. He is now in remission, back in school and looking forward to his future.

"And his family that adopted him never gave up and said this was too much. This is my most special adoption ever," said Bilder.

"You have to be in it all the way. You have to want to make a difference in life. It's tough but it's worth it. It's 100 percent worth it," said Oscar Williams.

Devin was named the "Male Foster Youth of the Year" by the Region 7 Child Welfare Boards and will be honored at a banquet in Salado on May 16.

You can learn more about adoption by visiting The Heart Gallery of Central Texas, a program of Partnerships for Children.