Moms could face jail time after bringing babies to court 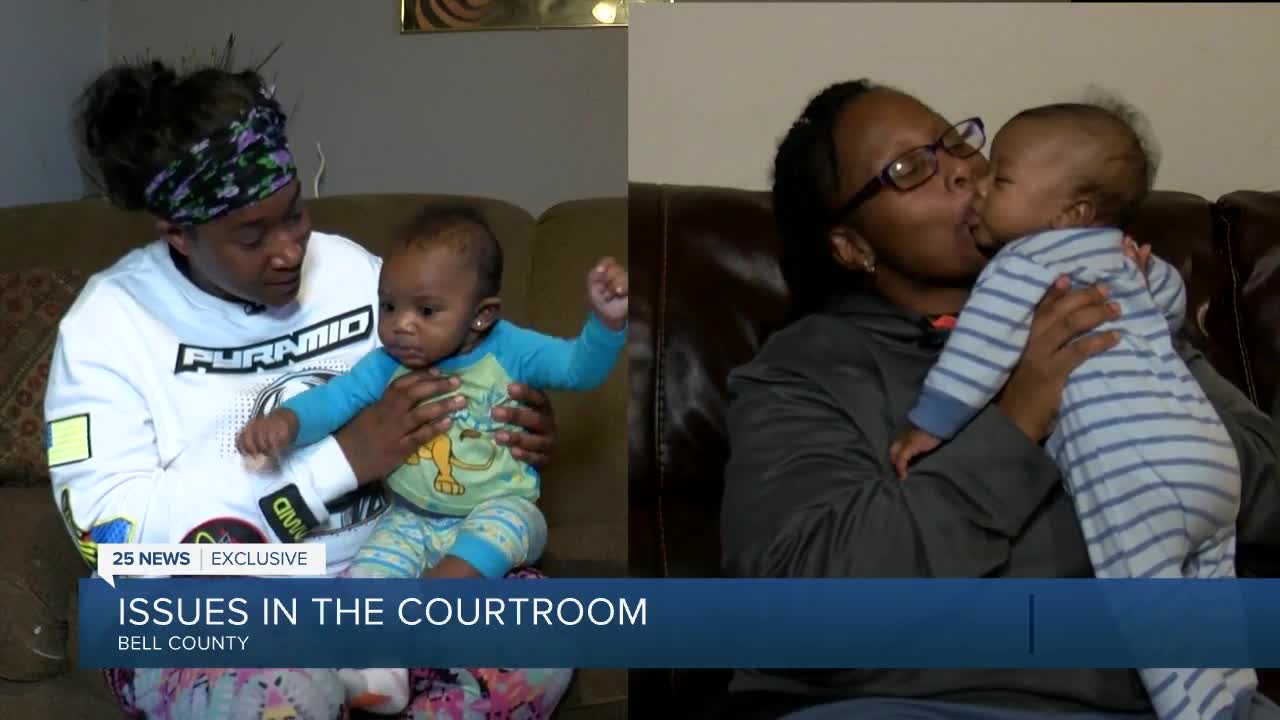 KILLEEN, TX — Latisha Felix and Lena Adewumi are both mothers who need to go to court to settle a minor violation.

"I've been to court seven or eight times, and each time I've been reset," said Adewumi.

"The reason why they reset it, they say, "Well you cannot bring your child into court. You need to find something to do with your child,"" said Felix.

On the list of rules for the Killeen Municipal Court of Record, it states, "No children under the age of 12 years of age will be permitted in the courtroom."

"They say, "Maybe you can leave it with someone in the lobby." I don't know none of these people in the lobby," said Felix.

"I was in tears the other day cause they said if i can't find nobody to watch my baby, I'll go to jail," said Adewumi.

Both women say they can't afford a babysitter and will continue coming to their court dates with their babies, even if their arraignments get rescheduled.

"I want to do the right thing. I want to face my troubles," said Felix.

"We're doing what you ask, we just can't do it exactly how you ask," said Adewumi.

Representatives 25 News spoke with at the courthouse say the rules are the rules, and the court needs to maintain its decorum.

"That leaves nobody to watch them, but CPS to get them if they take me to jail. i just pray that the judge will have leniency and let us come to court with our child and not throw us in jail because we don't have a babysitter," said Adewumi.

Courthouse officials say its up to the judge to decide if any exceptions are made to the rules.