Horrified: A woman watched as a dog was mauled to death in her own yard 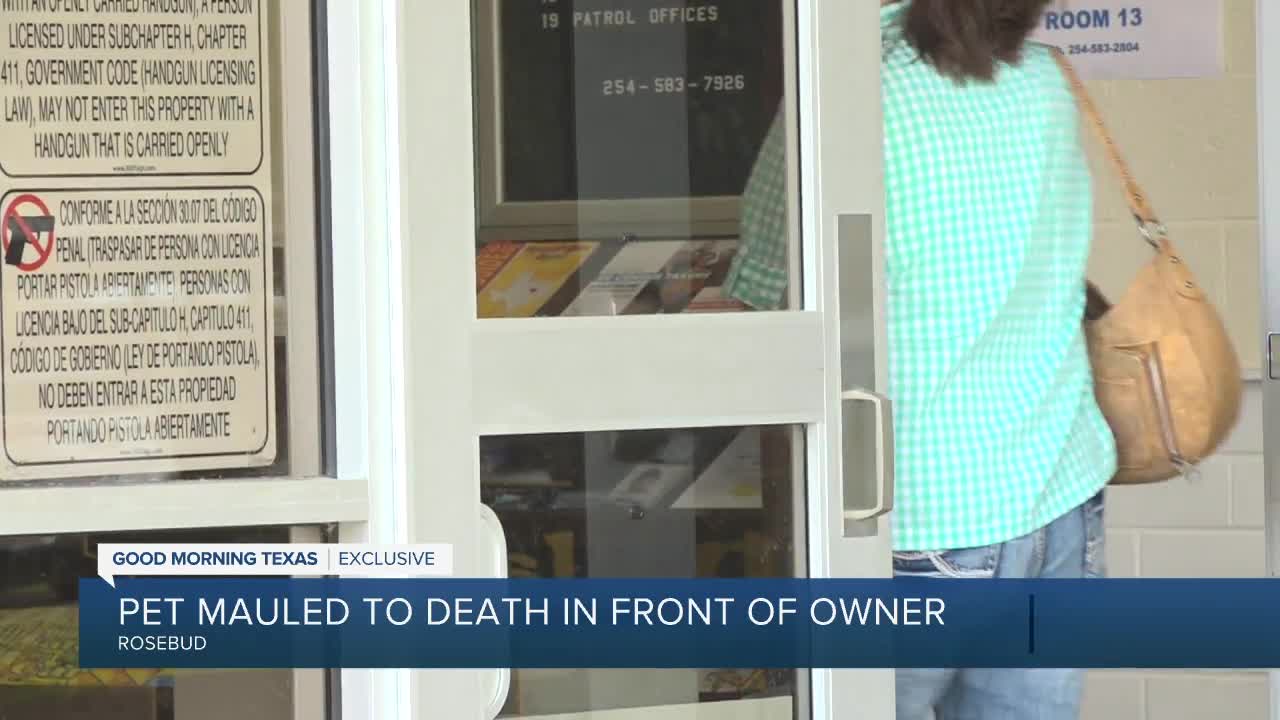 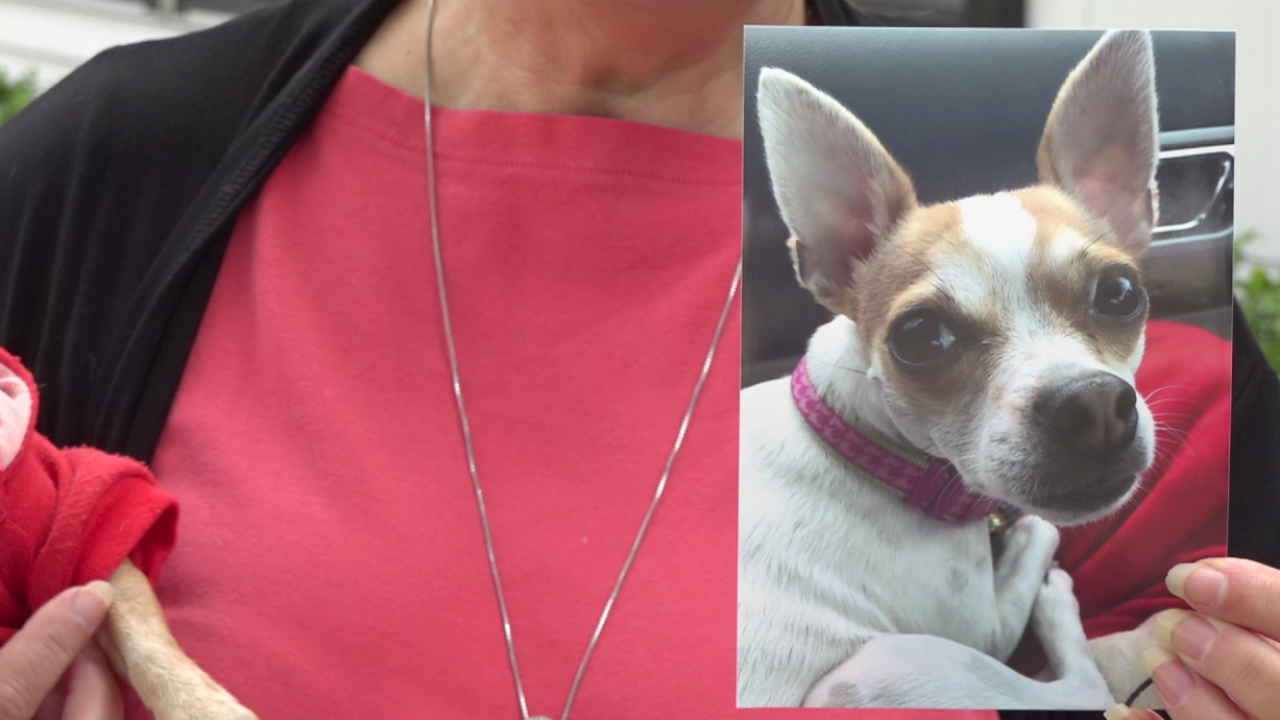 ROSEBUD, TX — Only living in the area for a little over a year, Donna Thorne says she's had many encounters with a loose neighborhood pit bull.

"The thing that really gets me, I have only lived here a year and a half and five times that dog has gotten out of the yard" Thorne said.

Thorne recollects letting her dog out into her front yard before hearing a strange noise. She says by the time she left the porch to investigate, it was too late.

"Before I could take a step, the dog attacked Bella" Thorne said.

She then describes how the dog drug Bella through the yard into the bushes and then back into a neighbor's garage.

"The pit bull came running out of their garage covered in blood, and I was still screaming" Thorne said.

Thorne says she then called 911.

After researching, she discovered that there was a city ordinance in Rosebud that said dogs must be on a leash or restrained in some way while off personal property.

Thorne wants to know why the ordinance was not being enforced.

"I want to see justice done. I don't want this to be swept under the rug and nothing happen," Thorne said. "I have lost an 11 year old child in my opinion because its just me and two little dogs, well its just me and one little dog now."

Rosebud Police Chief Jack Hensley confirmed to 25 News that the ordinance, 2.01.001[1][A], prohibits an animal at large while unrestricted on a premise.

"I have lost greatly and this is no big deal to the city, they're treating it like its no big deal" Thorne said.

Bottom line, Thorne wants a better explanation from the City of Rosebud as to why a city ordinance in place did not seem to be enforced.

Thorne also explained the great compassion and care given to her by Rosebud Volunteer Fireman Jay Shults.

Thorne explains Shults arrived to her home, shortly after the attack. Shults asked Thorne what she would like to do with the remains of her deceased pet.

Shults then grabbed a shovel, wrapped the remains and buried Thorne's dog in her backyard. Thorne said she is deeply grateful for Shults' compassion in her time of need.