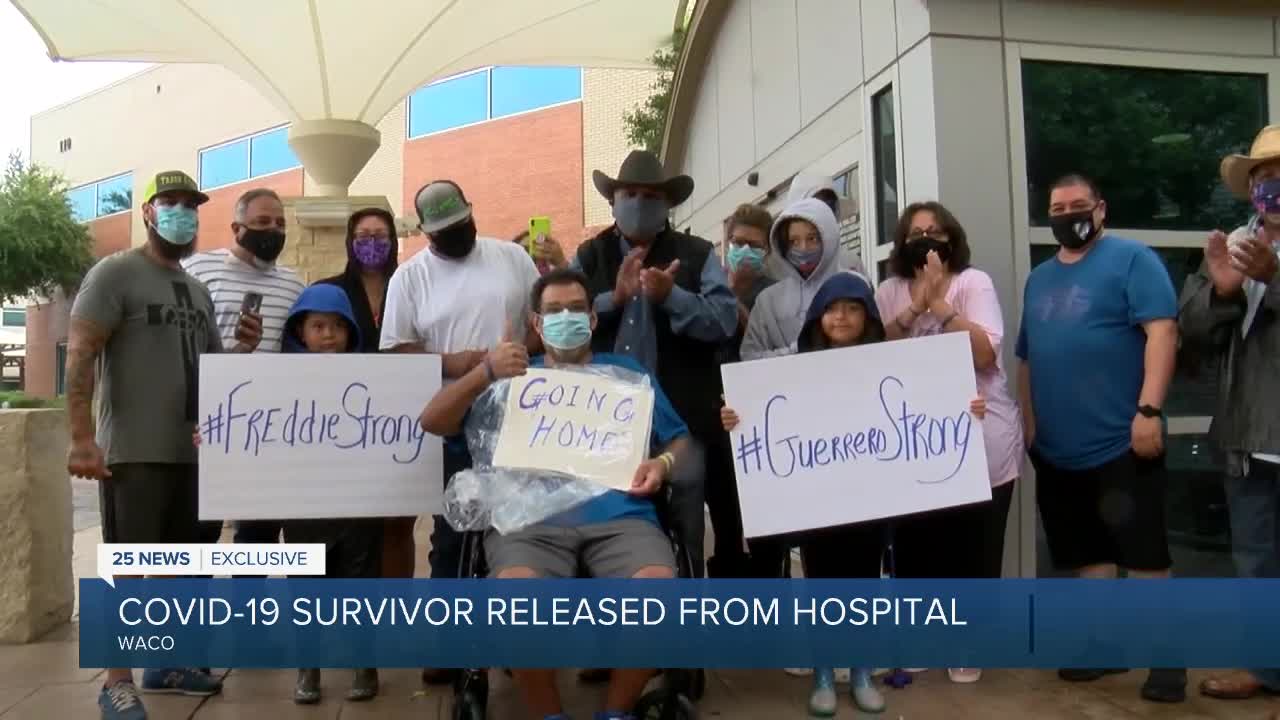 Back in June, Freddy, along with over 20 other family members, contracted the virus. It left him bouncing between hospitals for over 62 days and, at one point, in a medically-induced coma.

"All of them went through it, some better than others... he was the one that it really took hold of," said June.

Freddy had to re-learn how to walk, how to talk, even how to eat again, inspiring everyone around him.

"It's just an amazing thing because you get to see that story from where you were practically, like he said "I almost didn't make it," to walking out of the hospital. It's amazing," said Freddy's physical therapist, Melissa Krieg.

Because of his treatment, Freddy is still struggling to speak, but family members say he's excited to be with is wife and dogs and to sleep in his own bed.

"It's just an overwhelming feeling of happiness and joy and just pride. Guerrero strong." said June.

Freddy still has months of recovery ahead, but his family is excited to find a way to safely celebrate his birthday, which is in just a couple of weeks.