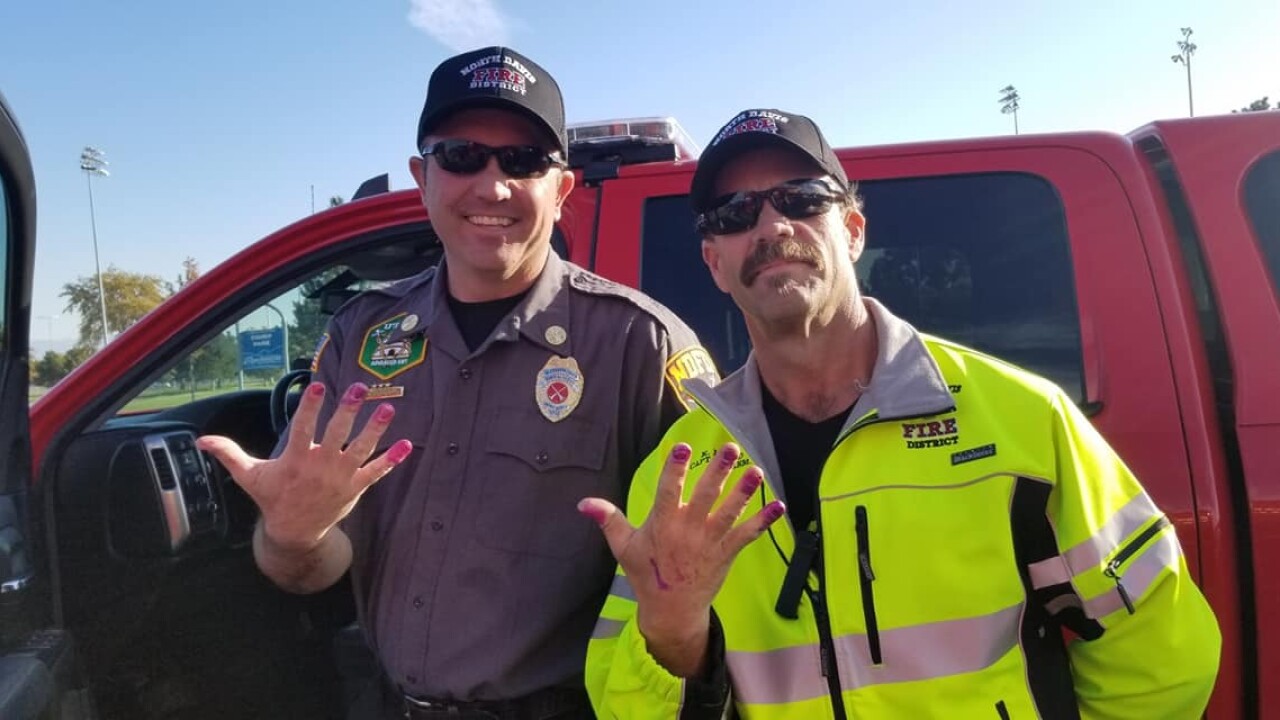 CLEARFIELD, Utah — Utah firefighters responded to a car crash involving a small child who was uninjured, but very scared. So they offered to let her paint their fingernails to calm her down.

The shift Battalion Chief, Allen Hadley, and Captain Kevin Lloyd were checking on the crying and screaming girl while paramedics were evaluating the child's mother, according to the Associated Press.

After noticing the child was holding bottles of fingernail polish, these two officers started talking to her about her polish and asked her if she would like to paint their nails, according to the North Davis Fire District.

"Within minutes, the child was calmly paining their nails and had forgotten about the accident she had just experienced," posted the North Davis Fire District.

These firefighters definitely saved and won the day. The child was calmed, and they left the scene with shiny purple manicures.