Mismatched signature can invalidate ballot; voters won't be notified until after Election Day 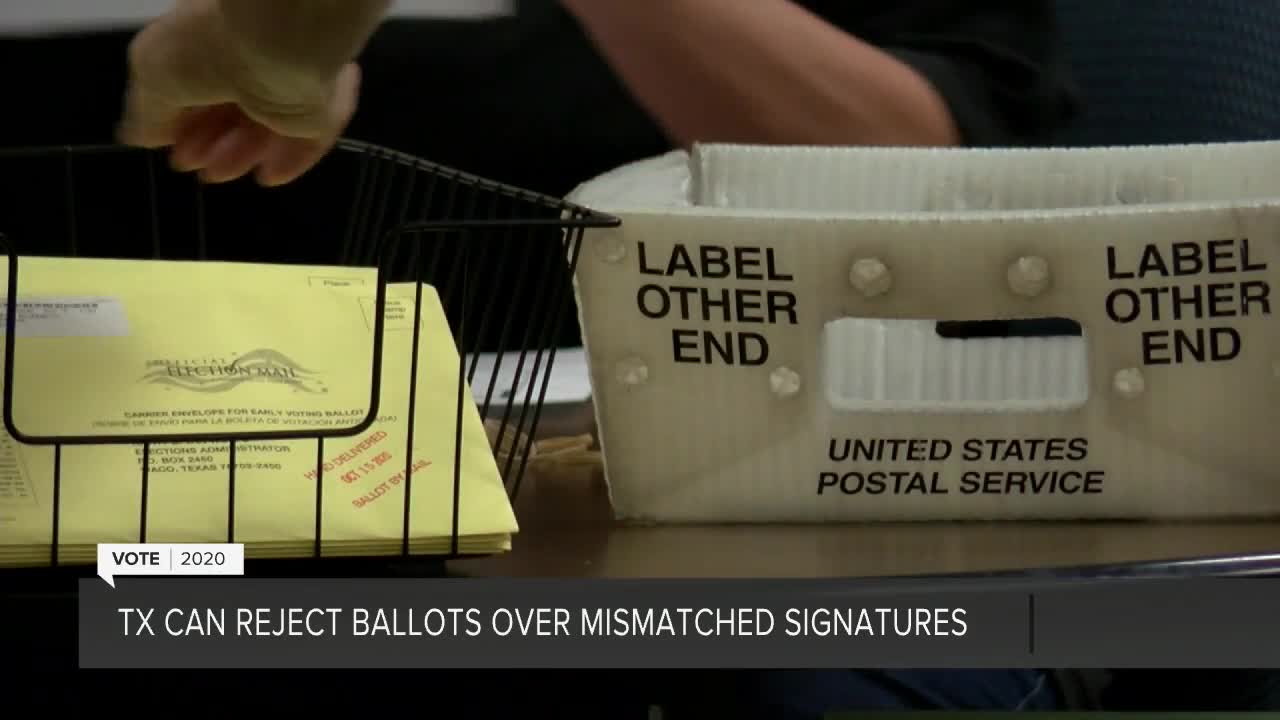 A ruling on Monday by the Fifth U.S. Circuit Court of Appeals allows election officials, like the ones in McLennan County, to reject your mail-in ballot based on a mismatched signature without notifying you until after Election Day, which could leave many votes unaccounted for.

"A person's vote is as important a thing as they'll ever do in civic life," said Mary Duty, who helps find and train ballot board staff.

Texas voters would not find out until after Election Day.

As of October 21, in McLennan County, 12,609 mail-in ballots have been requested, with 8,793 having been returned as of Wednesday.

Van Wolfe says something that can disqualify your ballot is if it's missing a signature, or if the signature on your application doesn't match the one on your ballot.

"Those ballot board members are going to try to air on the favor of the voters. We want to make sure that all of the ballots can count. We want to prevent any voter fraud from going on as well," she said.

"Nobody is a handwriting expert. We don't send in forensic handwriting people, but you know it's substantially correct," said Duty.

Duty says ballot signature verification goes through multiple people before they're officially rejected, but urges everyone to sign carefully and don't forget to sign the back of the envelope.

Mail-in ballots need to be turned in or stamped by Election Day. Voters can also drop it off at their local election's office in person.

If you've applied and received a mail-in ballot but changed your mind and are planning on voting in person, you won't be allowed to vote until you cancel that ballot.