Voter registration deadline approaching, what you need to know 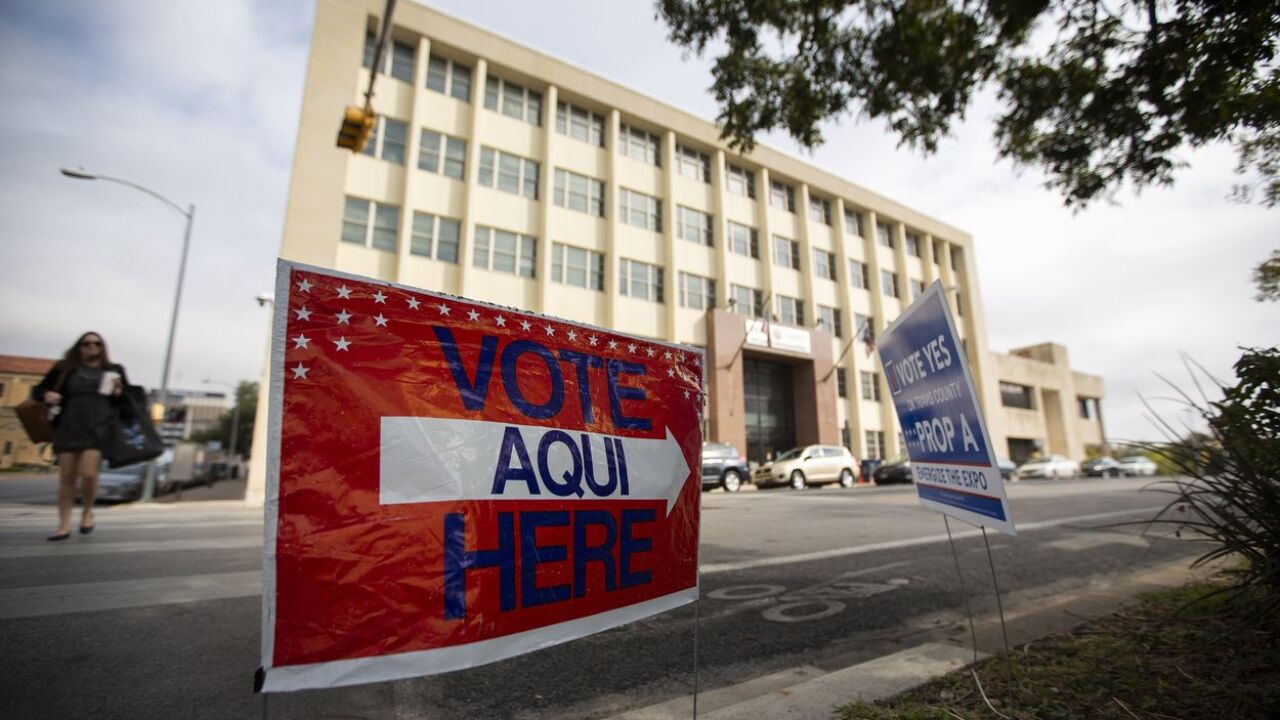 Election Day is quickly approaching and the voter registration deadline just around the corner. If you are one of the 5.5 million people in Texas that have not registered to vote, you still have time.

"In the last presidential election in 2016, 59% of registered voters in Texas turned out to vote, but that’s only 46% of the voting age population that actually turned out to vote. So, in Texas only 70% of the voting age population is registered to vote, which means there are roughly 5.5 million in the state of Texas that are not registered to vote," said Dr. John Koehler, Assistant Professor of Political Science at A&M Central Texas.

Registering to vote is one thing but actually showing up to the polls is another. Dr. Koehler says some folks are not really fulfilling their civic duty.

"There’s a lot of people who are not being included in these elections, so it’s really important for them to register to vote and to actually turn out to do so," he explained.

You can print out your own registration application at home and submit it by mail, or you can go directly to your local elections administration office to complete your form.

Both Bell and McLennan County elections administrators say though they have seen an uptick in new voter registration applicants, it's expected.

"It usually happens, you know. You’ll get a big swell of registrations and everything," said Matthew Dutton, Bell County Elections Administrator.

"It is a presidential election. It's always our busiest, and more people vote in that election than any other election," Kathy Vanwolfe, McLennan County Elections Administrator said

The two say they have each seen over 140,000 registered voters and are still expecting more as the deadline approaches.

"The deadline is October 5th, so we need to have their application to register to vote by that date," said Vanwolfe

"If they are going to have it mailed, we would ask that you at least take it into the post office and make sure it’s postmarked," Dutton said.

Your application must be post marked by October 5. If you do choose to mail your ballot in, Dutton says you also want to make sure you are sending it directly to your elections office to ensure there aren't any delays with processing your application.

"It’s always easier for us to get it here in Belton because if it goes to Austin, then they’ll have to sort it, and then they have to send it to us. We might not get it on the fifth. We might get it a week or two later," said Dutton.

If you are trying to vote by absentee ballot, the deadline to request one is October 23. It must be post marked by Election Day, November 3rd.

If you are voting in person, both Vanwolfe and Dutton encourage early voting, which starts on October 13, to minimize congestion on Election Day.

Dr. Koehler says if you are planning on voting by any form, he recommends checking out a sample ballot so you can familiarize yourself with what's actually on the ballot, since there will be more on the ballot besides just the presidential candidates.