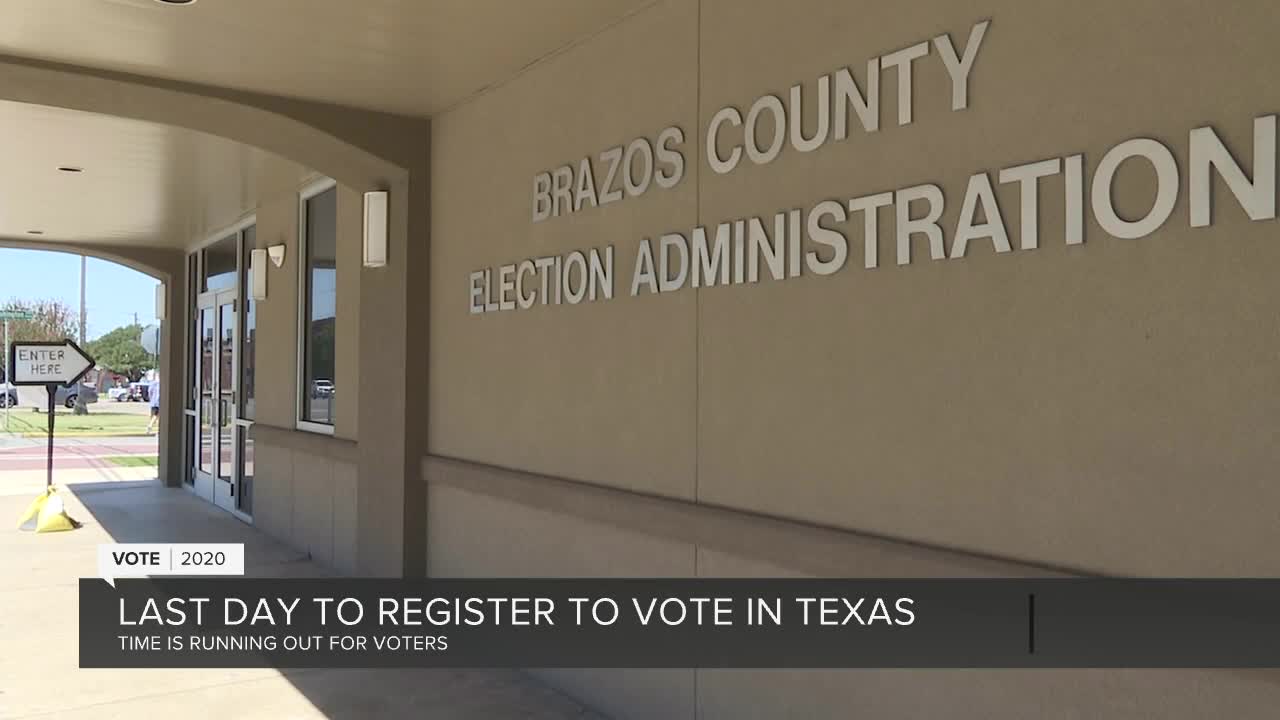 BRAZOS COUNTY, TX — Monday was the last day to register to vote here in Texas, as we are less than a month out from election day.

Turner Hill is one of just many Bravos Valley residents that registered to vote Monday.

“Obviously there's a lot of people coming in today getting registered to vote and all. They are prepared for it. I was sitting down for about two minutes filling out the sheet and that was it,” says Hill.

October 5th is the deadline to register to vote or update any information on your voter registration in the state of Texas.

“Like if you’ve moved within the county or even just moved to the county you ought to be sure to get that updated today before 5 o’clock,” says Trudy Hancock.

Brazos County Elections Administrator Trudy Hancock says voters can also mail in their voter applications if it postmarked October 5th but says with the quick turn around those voters could possibly see some delays at the polls when they go to vote.

“The only problem with that is we have a very short window before early voting starts and so if you put it in the mail and we don’t receive until probably Friday or maybe even after early voting starts then they may have a little bit of a wait at the polling location until we can locate your paperwork process it and get you in the system,” says Hancock.

“And that's not counting anything that’s come in from those who are walking in today, so we’re going to be well over 121,000 when we’re all said and done,” says Hancock.

With less than a month before election day, some voters are still undecided whether they will take advantage of early voting or wait and vote on election day.

“I'm still not sure I will probably try and take advantage of the early voting but I procrastinate a lot so we’ll see,” says Hill.

Election administrators across the Brazos Valley are urging voters to not procrastinate and take advantage of the extended early voting option this year.

“We’ve got an extra week of early voting, so we’ve got three weeks of early voting so what I would suggest taking advantage of that just so that maybe we will have a little less of a turnout on election day and lines won’t be as long if more people come and vote early,” says Rebekah Callaway, Robertson’s County Elections Administrator.

The early voting period runs from Tuesday, October 13th to Friday, October 30th. All voters must bring a valid I.D. to the polls in order to vote.