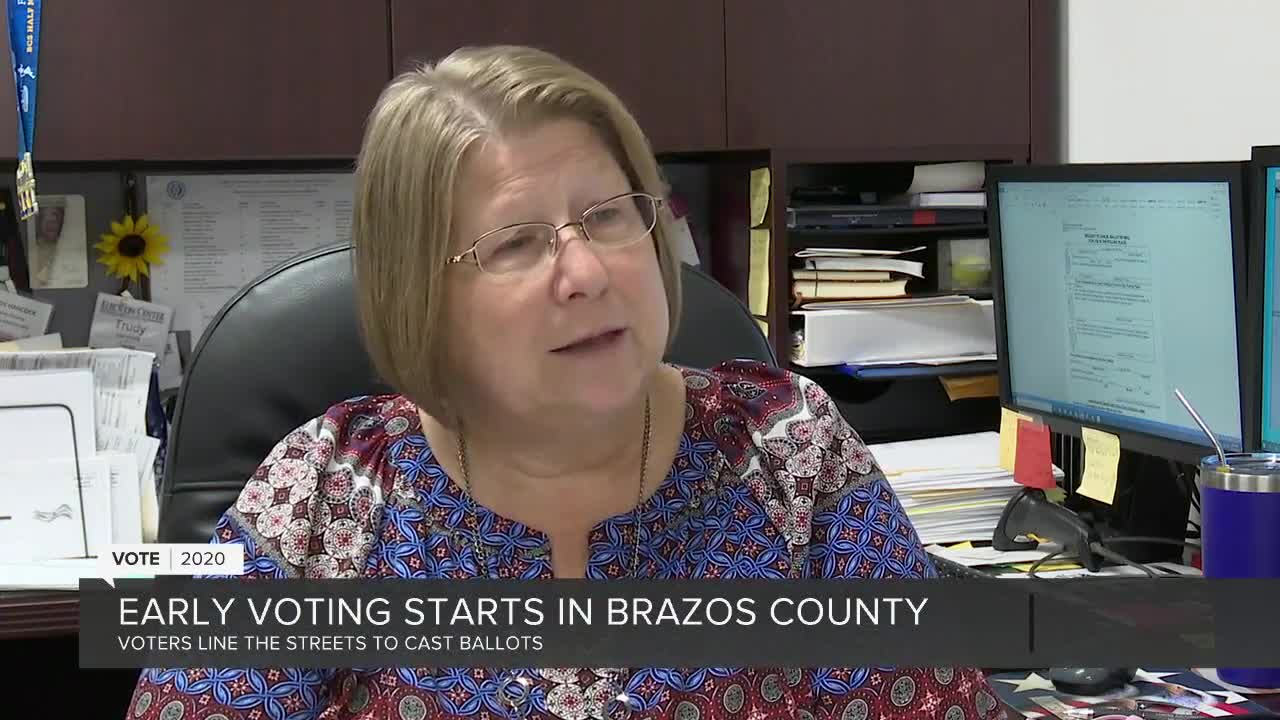 Voters in Brazos County have five locations to choose from in the next 17 days to cast their votes before Election Day on November 3rd.

Tuesday morning, voters were lined down the street in College Station as they waited for the polls to open to cast their vote.

With a total of 122,679 registered voters for this year’s presidential election in Brazos County, Election Administrator Trudy Hancock was surprised to see lines before polls even opened.

“I was a little surprised with people being in line at 7 a.m. with us not opening until 8 a.m.,” said Hancock.

With no technical difficulties at the polling stations, some voters waited in line for up to an hour.

Election officials are reminding voters to give themselves extra time when going to vote.

“I’ve always said from the very beginning, the first two days, the last two days and from 5 p.m. to 7 p.m. is not the time to go. Those are always typically heavy turnout and so maybe wait until later this week or first of next week and then the lines should calm down some,” said Hancock.

Voters stood in line Tuesday excited to cast their vote, especially first-time voters like Ben Roeth who knows just how important voting is.

“It’s a big responsibility and I think I play a big role in it,” he said.

As of Tuesday afternoon, over 400 mail-in ballots have been dropped off to the Brazos County Elections Administration Building. Officials are reminding voters who requested a ballot by mail, that if they do decide to vote in person, they must take their mail-in ballot with them to the polls.

“So, just be sure to take that green envelope with everything in it. They’ll just have you sign a short form and then they will let you vote in person just like you normally would,” says Hancock.

For more information on hours and locations, click here.