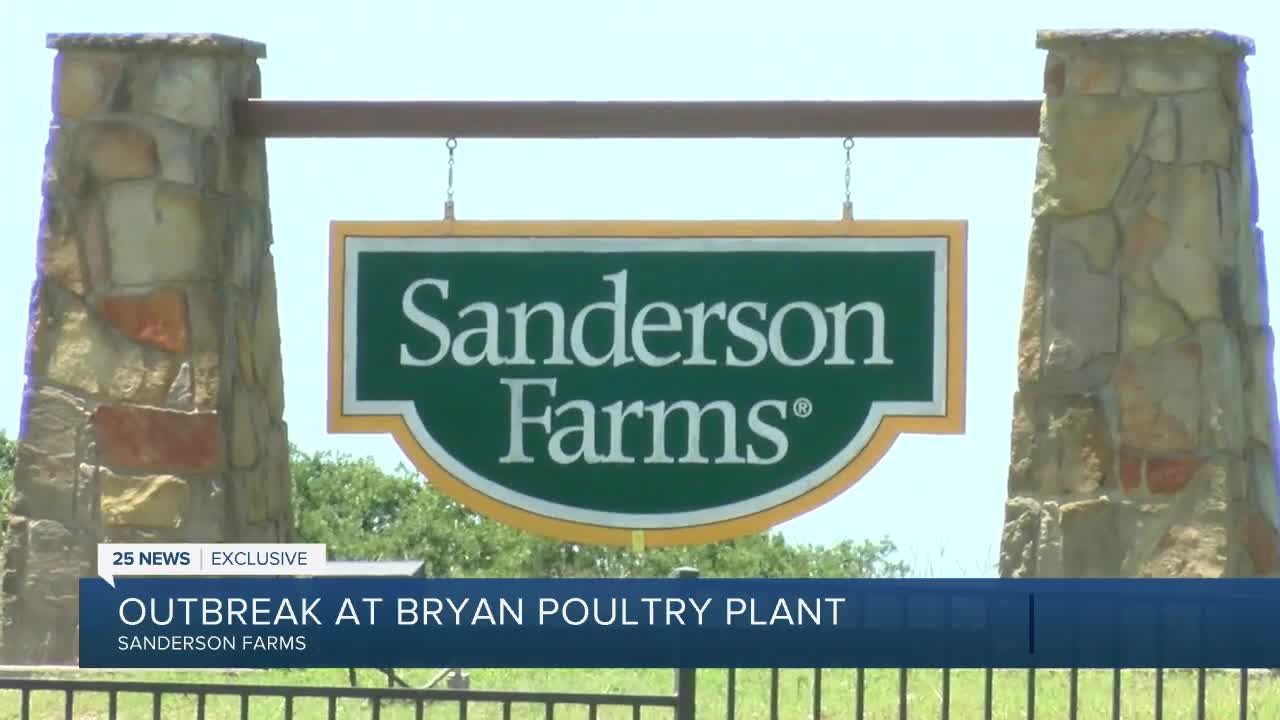 BRAZOS COUNTY, TX — Brazos County continues to see a spike in coronavirus cases almost on a daily basis, and 27 Sanderson Farm employees in Bryan have tested positive for COVID-19.

During a press conference, Governor Abbott said surge teams are in place to enter Texas jails, nursing homes and meat processing plants should the need arise. This lead many to ask if they were preparing to head to Brazos County.

Over a dozen employees have tested positive for the coronavirus at the Sanderson farms facility in Bryan, and the Brazos County Health District are working to combat the cluster of hot spots in the Brazos Valley. Now, officials are saying a state strike team could be a possibility

“Absolutely, it’s on the table and right now what we are trying to do is figure out logistically the best way to get folks tested at Sanderson Farms,” Dr. Seth Sullivan with the Brazos County Health District.

Sanderson Farms had its first employee test positive back in April. Since then, over twenty employees have contracted the virus, but that hasn’t stopped one employee from going to work

“We have the masks, the safety shields, there is sanitizer everywhere you go. There’s barriers or plexiglas if we sit anywhere and some departments we have barrier walls between each person,” an employee said.

Starting back in February, Sanderson Farms implemented strict protocol for its employees that test positive for the virus

While following all guidelines like social distancing can be difficult in a process plant, Sanderson Farms has had less than 400 of their employees test positive which makes up just 2 percent of the entire company

“Company-wide, we’ve had right under 400 positives out of 18,000 employees. Our mitigation efforts we believe are helping,” Cockrell said.

The Brazos County Health District has commended Sanderson Farms, saying that here locally, 18 percent of the employees that have tested positive had returned to work

“Sanderson Farms is doing their part. They get it, they understand this is a tough spot,” Dr. Seth Sullivan said.

Sanderson Farm employees want to remind the community that if they were to close, you would feel the effects at the grocery stores