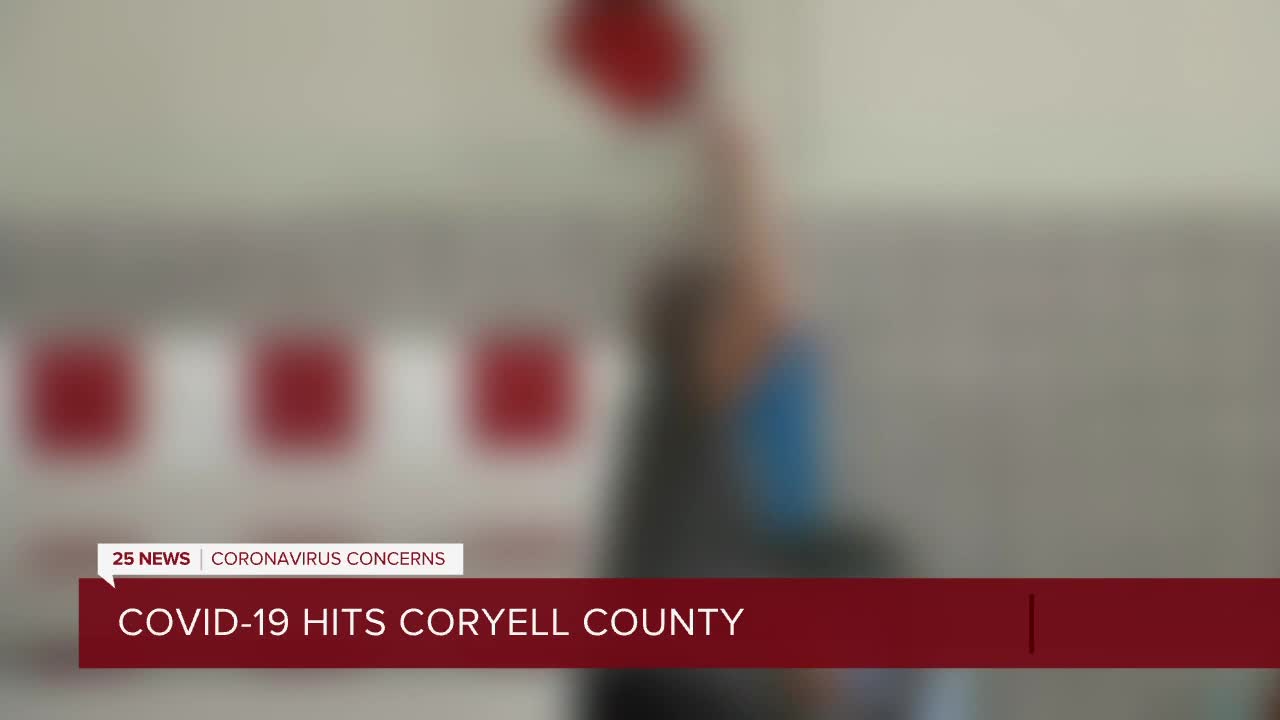 Officials say the patient is a 55-year-old woman lives in Copperas Cove. However, the patient works at a long-term healthcare facility in Belton, which has some people concerned.

Experts say people over the age of 65 have a higher risk of getting a more severe case of COVID-19.

At this time, officials are not releasing the name of the long-term care facility.

“Just as anybody else in the city may possibly ever be impacted by a communicable disease, they don’t want their business out there," explained Gary Young, Deputy Fire Chief and Emergency Management Coordinator for Copperas Cove. "We as the city are going to stand beside limiting the information that we share down to what is necessary, and that’s as far as it will go.”

25 News reached out to Bell County health officials to see what they could tell us, but Amanda Robinson-Chadwell with the Bell County Public Health District says it does not work that way.

"If you are in Coryell County, for example, which does not have a health department, those cases get reported directly to DSHS [Texas Department of State Health Services] Region 7, which operates as that and several other counties health department," said Robinson-Chadwell.

Bell County does not receive reports for Coryell County.

"The cities and counties are not, they’re not responsible to report back and forth," said Young.

Coryell County officials say the woman is in self-isolation.

No further details have been released at this time in regards to if the worker posed any risk to patients at the long-term health facility.