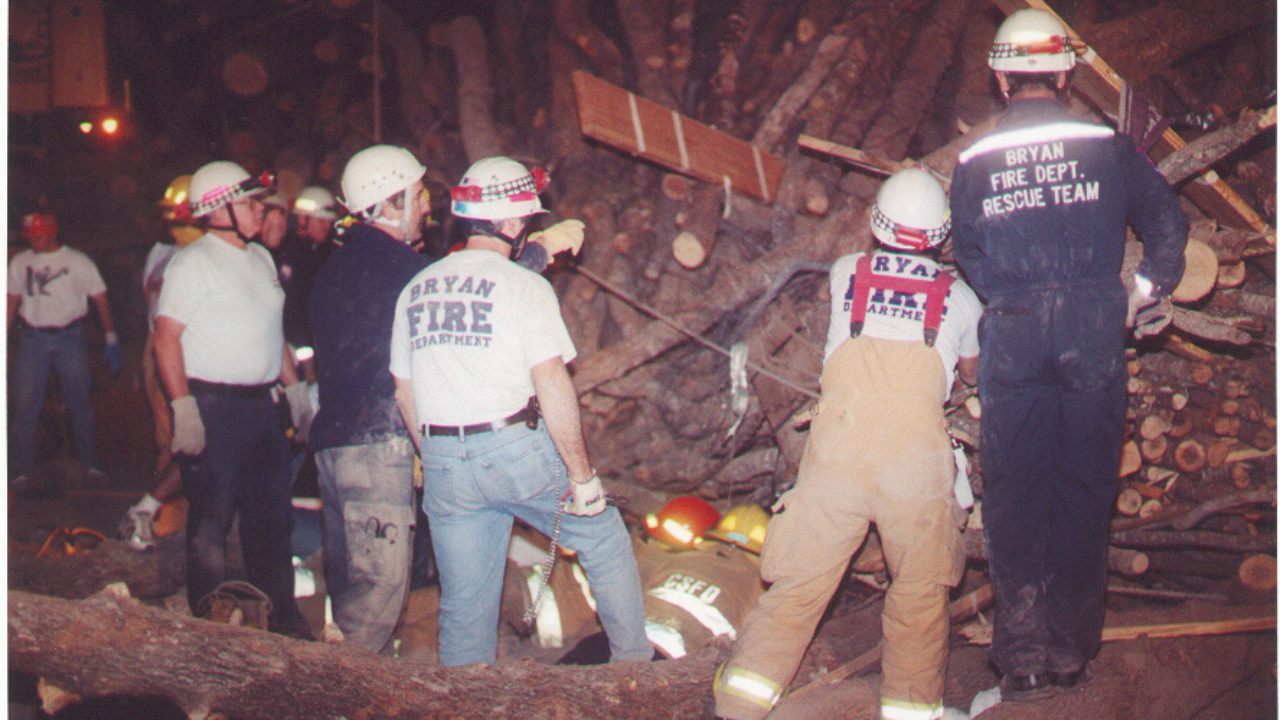 The sound of a siren- a sound signaling distress or one that gives hope.

For Bryan Fire Chief Randy McGregor and Assistant Chief Ricky Van, it's a sound that has represented a job for more than three decades.

For the two firefighters, it's also a sound that signaled one of the biggest tragedies of their career.

"When the pager went off, I was just in total disbelief. I was like, "What?"" remembered Van.

"It just said the Bonfire stack had collapsed, and 30-something were injured or trapped, and i just remember my wife saying oh my god," said McGregor.

A scene burned into the memory of these first responders.

"We had been around the Bonfire every year in this community, every year for as long as we can remember, and it was a big part of this community, and to get there and just to see it, you know just collapsed and just chaos all around it, it was literally like we were in a bad dream. We are going to wake up from this, but obviously it wasn't, and it was just a surreal feeling that this really happened," said McGregor.

"There were students there as you were going by saying, "Help me, help me," and of course there were a lot of people there to assist and again, just the chaos of all these people screaming for help and going to our assigned part of the stack to go to work and start rescuing some of them. It was tough," said McGregor.

It's a tough moment that still hits hard 20 years later.

"You know, you have memories of what they looked like while we were trying to get them, and sometimes that plays on your emotions still," said Van.

Of all the things that stuck out that day, the loss of life, the overwhelming support of a broken community, for Chief McGregor, it goes back to a sound signaling hope.

"They got everything torn apart, and the last student was removed, and I remember just kind of getting up and looking across there and off in the darkness out near the site, a bugler started playing TAPS," he remembered. "And I will just never forget that."