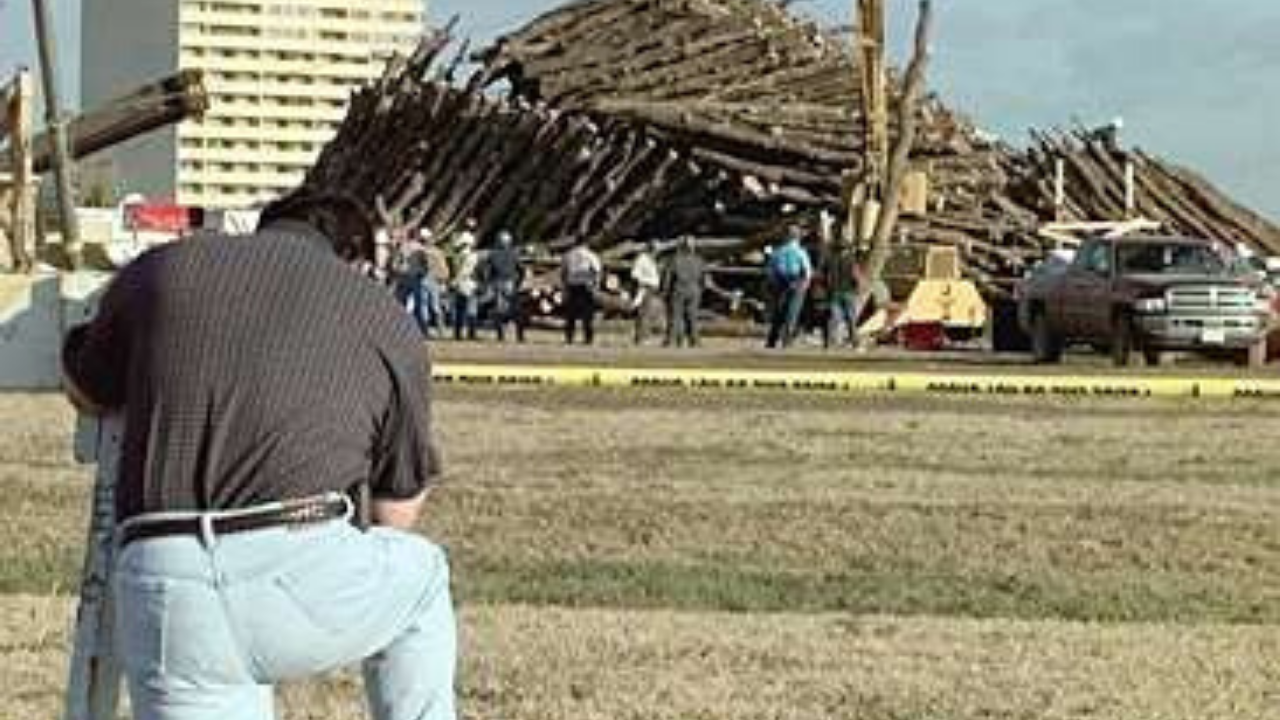 Many times after experiencing such a life-moving tragic event like Bonfire, nothing brings more comfort and peace in the middle of chaos than an encouraging word or even a simple prayer.

In fact, sometimes, that's all there is.

For Reverend Larry Krueger, his sole purpose the morning of the tragedy was to fulfill the mission God placed on his heart: to be used as an agent of consolation among those grieving.

When the Bonfire fell in November 1999, Reverend Larry Krueger was a pastor with the Campus Ministers Association at Texas A&M.

"You don't know what to say. You just kind of put your hand on their shoulders, and pretty soon you just cry with them because that's all you can do," Reverend Krueger reflected.

He witnessed firsthand how the Aggie community was suffering and in need of faith.

"You can see people were dead. You know that's bodies under the white sheets. There are bodies just lying on the ground and they're covered in white sheets. I didn't bother to count at that point because I was just gonna go see what I could do to support students," said Reverend Krueger.

That day, law enforcement, members of the university and the school's crisis management team all gave Reverend Krueger full access behind the scenes to minister to students, parents, survivors, faculty and even first responders.

"A lot of emotion. Lots of tears, lots of shock. So you just stop and pray with people... you just pray with people. You just talk to them and give them encouragement from God's word as you could... as you walked along the way," he remembered.

While Reverend Krueger ministered to those who were suffering, he also had to consider the realization that some of the students he worked with directly with the Department of Student Life might have been involved with the accident.

"During the course of that time, some of the students that came to my chapel, they had a cousin that was working Bonfire. In fact, people called her Queen of the Bonfire, she loved it. We couldn't account for her. And so I said, "Where are her parents?" and they said they got all the parents to the hospital, so I went to the hospital in Bryan," he said.

Once at the hospital, he found out Miranda Adams, the Queen of Bonfire, had died from her injuries. At that point, he experienced something he had never seen before as a minister.

"It was that other pastor from the other church where she actually went to church. He was there by that point in time, and we walked with her family back into the room for them to confirm that was indeed their daughter," said Reverend Krueger. "That was probably the hardest thing I've done in my life. I read in the Bible about weeping and wailing and gnashing of teeth. I didn't know what that looked like until that night."

At the memorial with the president and vice president of the university, as well as other dignitaries, Reverend Krueger was asked to speak to the mourning crowd in attendance. He delivered the same message of hope and inspiration he still shares today when tragedy happens.

"I think when you go through tragedies, you cling to the one thing that's absolutely certain in life and that's your faith in Christ. And no matter what else happens around you, that can't be shaken," he said.