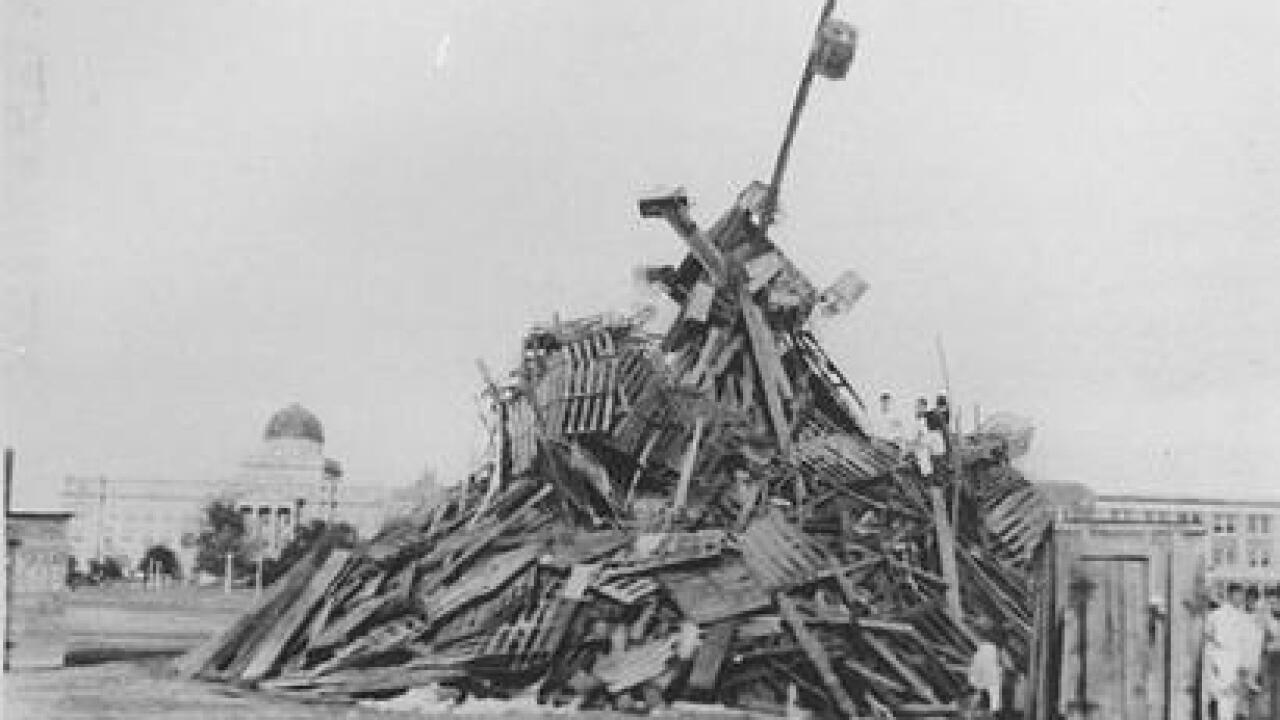 Bonfire was a long-running tradition that began in the early 1900s and united students around one common purpose, beating their rival, the University of Texas.

Bonfire was held every year, with the exception of 1963 when President Kennedy was assassinated. That year, the bonfire was built and later torn down.

Students who participated may recall the "pots." Pots were painted different colors and represented different hierarchies of responsibilities, according to Texas A&M.

In addition, students participated in a lighting ceremony, and “The Spirit of Aggieland” was played by the Fightin’ Texas Aggie Band.

For 37 years, Bonfire was held at the Simpson Drill Field in front of the Memorial Student Center. Then, it moved to Duncan field, and in 1992, to Polo Fields, where it would be held for the final time.

The Bonfire Memorial was built five years ago to honor and remember those lost in the tragic collapse and all of those who were injured. It includes The Tradition Plaza, The Memorial Walk, and the Spirit Ring.

"For Aggies who participated in Bonfire, the meaning and power of the Aggie Spirit is understood," says Texas A&M. "The Bonfire Memorial seeks to share that understanding with respect, remembrance and spirit."