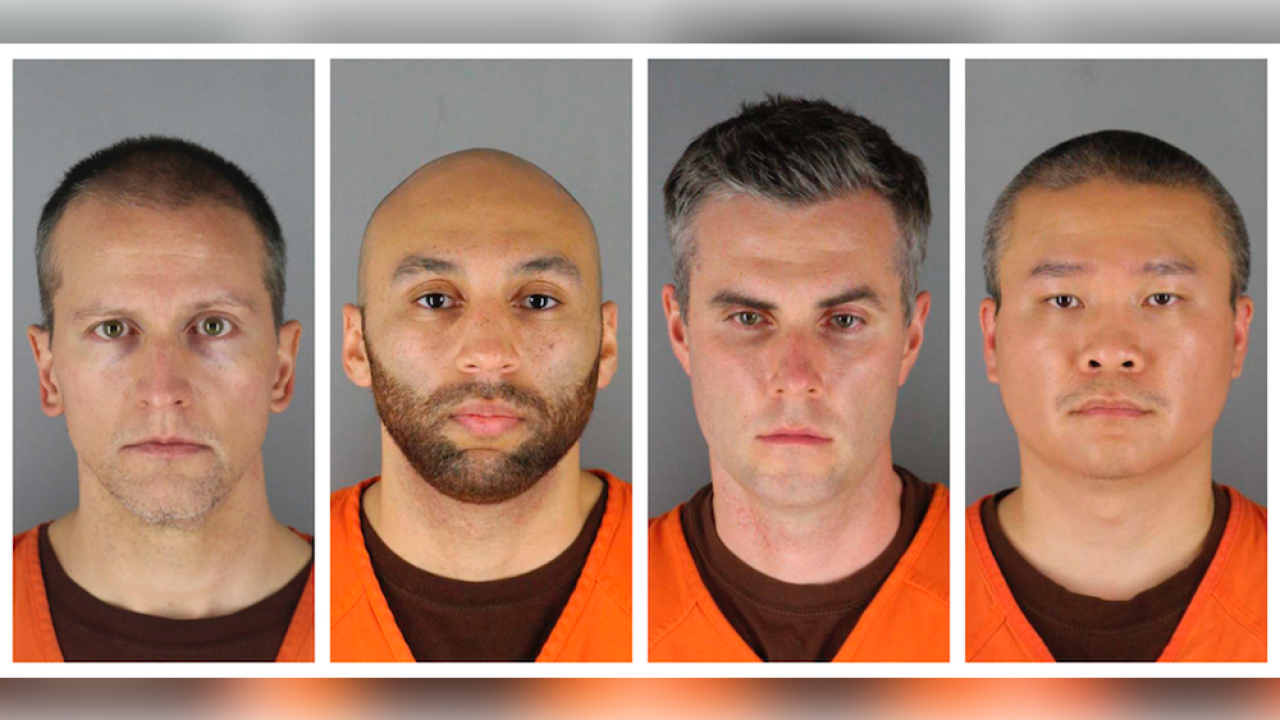 The judge presiding over the trial of four former Minneapolis police officers involved in the arrest that led to the death of George Floyd dropped a lower-level murder charge against the man who knelt on Floyd's neck, according to the Minneapolis Star Tribune and KMSP-TV in Minneapolis.

The state has five days to appeal the ruling.

Chauvin, Kueng, Lane and Thao were arrested in June, days after video of their arrest of Floyd was shared widely on social media. Video of the arrest showed Chauvin kneeling on Floyd's death for nearly nine minutes. Floyd was pronounced dead hours later.

Earlier this month, Chauvin was released from jail after posting a $1 million bond.

This story is breaking and will be updated.