We tried to see how easy it is to get duped by counterfeit items online. Here's what happened. 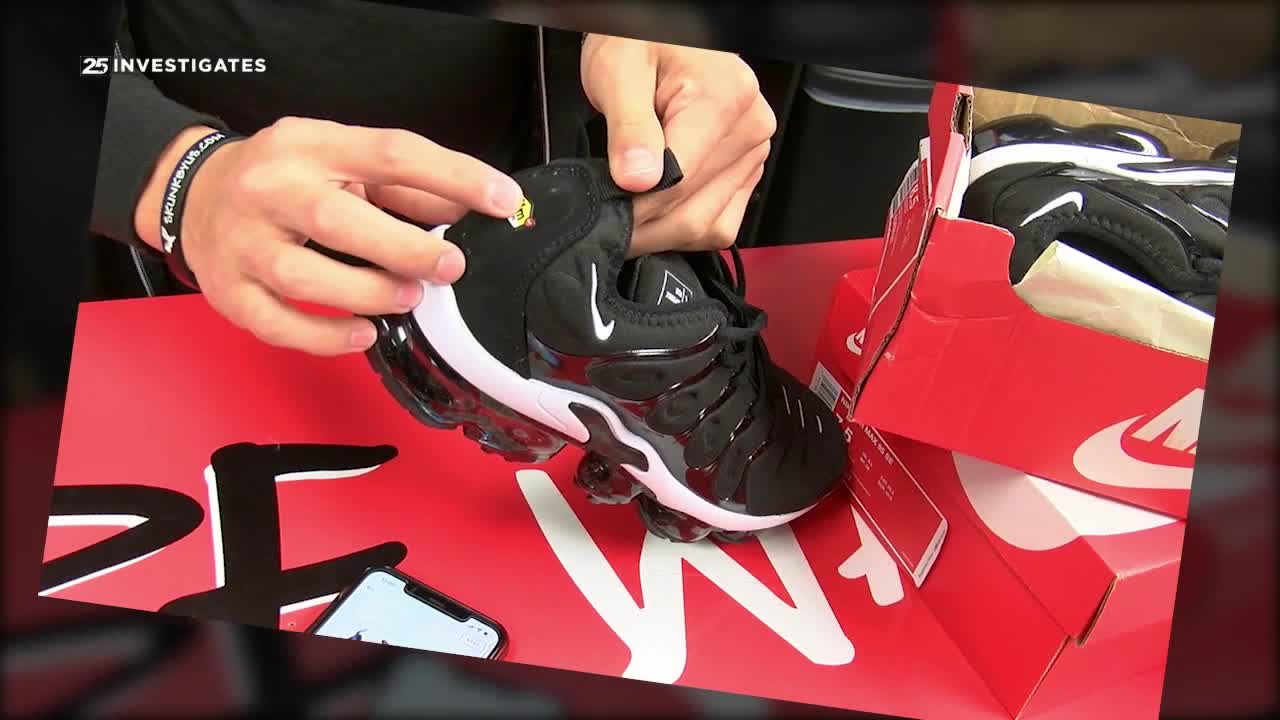 Last week, we warned Central Texans that counterfeit shoes and clothing were rampant in the area. This week, we caught up with one of the biggest sellers of counterfeit items in our area.

WACO, TX — Last week, we warned Central Texans that counterfeit shoes and clothing were rampant in the area. This week, we caught up with one of the biggest sellers of counterfeit items in our area.

Christopher Lee Reyes is known to sell counterfeit goods through Facebook. Reyes is a convicted felon with a past record of misconduct, including drug possession.

We wanted to see firsthand what the fake products looked like, so we tried to buy some.

25 News reached out to Reyes through Facebook Messenger using a real buyer profile. After a few days of back and forth messaging (where to meet, what time and what day), Reyes ended up choosing a destination he was more comfortable with - the parking lot of a drugstore in Waco.

Since we knew this was a simple pay and go, our buyer handed over $85 and made the exchange quick and drama-free.

After we got the shoes, we took them straight to Ryan Serrano. Serrano is a sneaker re-seller in Central Texas.

Serrano was able to immediately identify these shoes as fake.

"The first noticeable difference that I see here is the size of the box," Serrano said. "This bottom box is size seven and a half. It's an Air Max, it's not the same shoe, but it should still be around this same size box. Also, you have this little flap here...that is detachable, so it's pre-cut...retail pricing. This one doesn't have it at all."

"Because that's where I'm seeing the most fakes and it's not just the shoes, there's also a bunch of fake track suits as well," he said.

Serrano also says he noticed a few other issues concerning the fake Nikes:

-The style code (which is the top number) was incorrect to the shoe we checked and brought up on Google.

-The insole should have had the size of the shoe on the bottom, as well as little ridges on both sides. This fake did not.

-In the middle of the bottom of the shoe, it should have ridges. This fake had a smooth plate.

-The logo's font was off.

-The tongue on real sneakers is wider and shorter.

-Instead of nice stitching, this fake's stitching was all over the place.

Once confirmed the pair we bought was fake, we set up another meeting to confront Reyes using a different buyer. This time, it was at a grocery store parking lot in Waco with a different outcome.

"Chris, channel 25. How ya doing man? We want to know why you're selling fake shoes on Facebook Marketplace...to people. We bought a pair of fake shoes the other day, Chris. Tell us why you're doing it Chris...you're ripping people off Chris. Why are you doing that Chris?" we asked.

Mr. Reyes drove off without acknowledging our questions.

According to Consumer Product Safety Commission guidelines, vendors selling fake shoes, jewelry, cosmetics, purses, etc. (online) violates CPSC guidelines and the act of selling or distributing productsin any way could be subject to criminal penalties, including a $50,000 fine and up to a year in prison.

"You're stealing sales from somebody that is a legitimate business with the counterfeit goods market and we really want people to have ethical and great marketplace transactions. So, do your research and maybe shop local," Amy Rasor with the Better Business Bureau said.

Two pairs of fake Nike sneakers cost $85 a piece. It cost 25 Investigates $170 dollars, but it could cost consumers more than that.

This is money that's not going to support a local business, but possibly more illegal activity in Central Texas.

When it comes to future purchases on Facebook Marketplace, Serrano gives this for buyer advice, "If you're not getting it from a reputable source, I would stay away from it."