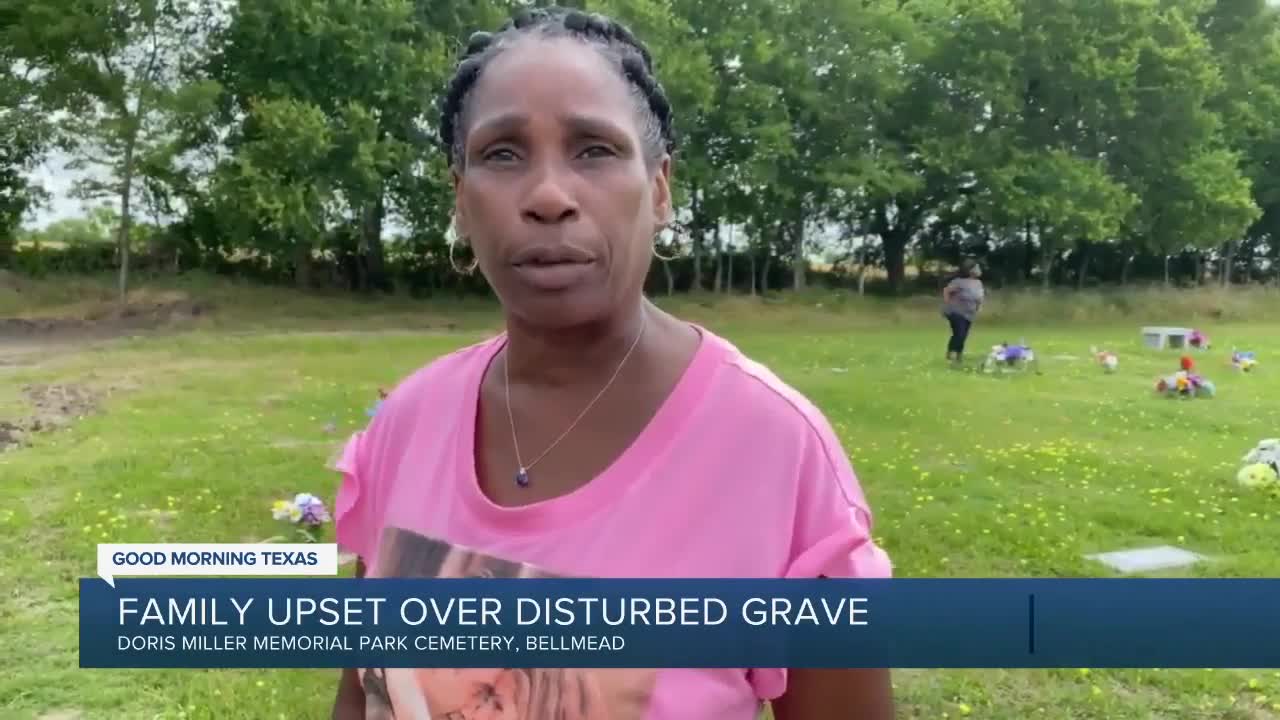 In the passing of a loved one, families find peace and comfort knowing they can visit a graveside to honor that loved one with balloons, cards and flowers.

But for the family of Terrance Carter, they're asking a local cemetery to explain why their loved one’s grave has repeatedly been disturbed. And now, they say there’s no marker to identify where their son is buried.

"This is not right. We have the right to be fired up. We all do," said Eddie Amos, Carter's mother.

"Every time we come out here and we put stuff on his grave, when we come back, they're gone. And we replace it again and she tells us we can't have it unless it's in a vase," said Amos.

Other sites around Carter's plot have mementos spread out on the ground, with certain items not in vases. So we asked Janice Matthews, the president and owner of the cemetery why the double standard?

Carter's sister, La Tasha, says she doesn't understand why her brother's nameplate has disappeared as well.

The marker she was referring to belong to a total stranger, not her brother. When we asked Matthews about the marker, she wasn't sure why it was missing.

"What happened to the temporary marker is when they dug a grave, they might've accidentally got the marker or put some dirt on there and got it away from there. Otherwise, we don't take up markers," she said.

Since July 27th of last year, Terrance has been buried at the cemetery. It's a place his mother visits three or four times a month.

"Very much disrespect because that's not right. Why would you do that to my child? You know, it's bad enough that he's out here," she said.

A resting place, for now, that seems unmarked and virtually unnoticed by those coming to visit.

"Would you replace it?" asked 25 Investigates anchor Joe Gumm.

"Yeah, I'll make him one. The cemetery don't buy those, but I have some old ones that I can make him one out of until they figure out what they want to do," said Matthews.

Matthews told 25 News Carter's marker originally came from the funeral home. She said the temporary markers are only supposed to remain for 30 days. She said she encourages people to eventually get a headstone, which begins around $500.

And then maybe, Terrance Carter can finally rest in peace.