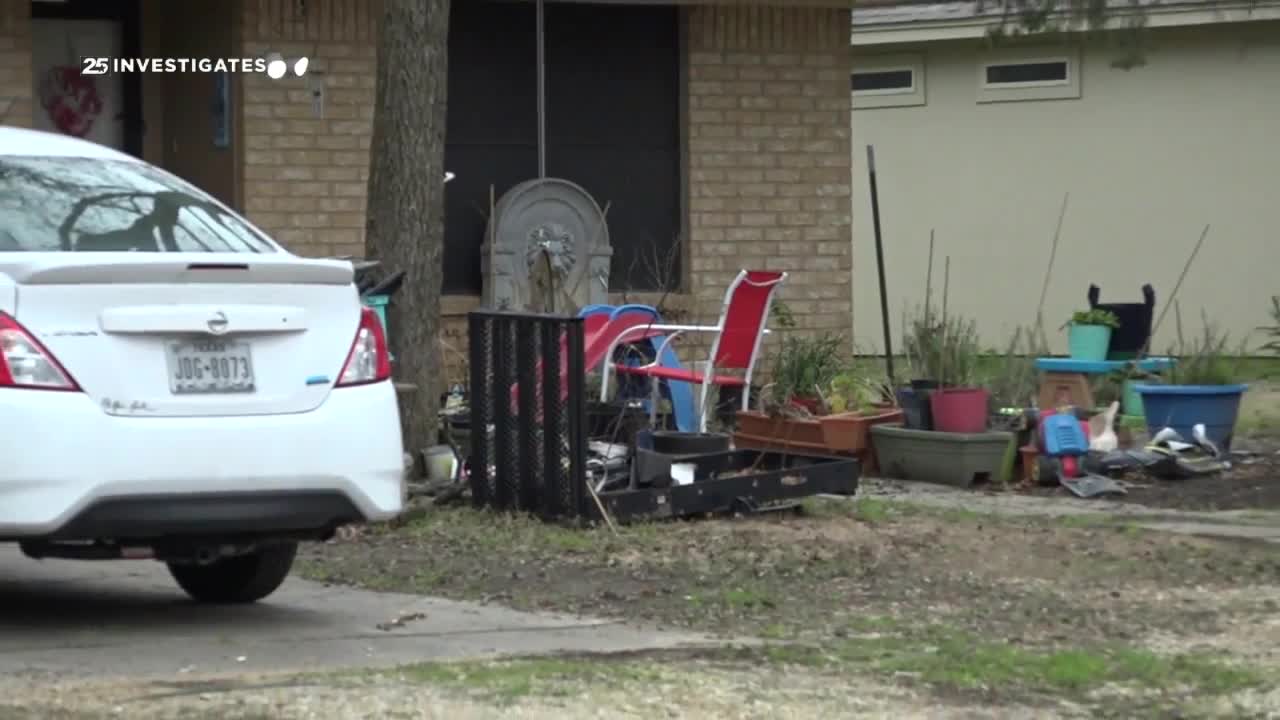 One Central Texas homeowner is fed up after seeing his property value decline surrounded by eye sores. With so many rental properties popping up, property owners are ignoring city code and getting away with it. 25 Investigates your rights as a property owner.

TEMPLE, TX — Dan Knowe doesn't like the current state of his Temple neighborhood.

"I've been here 35 years and I've lived in Temple all my life," he told 25 Investigates.

This proud Temple homeowner and a resident of the city for 76 years is ashamed of what the neighborhood around him has become.

He says it's not acting fast enough to keep up with the growing trash, blight and crime in his neighborhood.

"I tried to get it done, and it's a really drawn out affair to try to get anything done through code," Knowe said. "They're reactive not proactive...that's what they've told me."

"Based on what he showed us, we took a proactive approach to his neighborhood that we don't do in any other neighborhood in the city due to resources (and we do have limitations on those)," Simmons said. "So, the director set up a dedicated proactive patrol of code compliance officers in his neighborhood."

Simmons says the greatest misconception of homeowners is that the Code Compliance Department can give citations whenever it wants, but they don't have the power.

"When we have a case where we have exhausted all of our avenues, then we bring that case to court, and the judge issues a citation for that code violation," Simmons says.

Simmons said there were 3,564code compliance cases opened in 2019 in the City of Temple with 7 citations. She said the courts are the ones to issue citations once the City brings the cases to them. The City says they to resolve the cases outside the court system.

Communicating with the city worked for Knowe.

In fact, the mission of Transform Temple is to improve and maintain neighborhood vitality through enhanced communication and education. Not only did the city of Temple communicate with him around the clock, the Mayor actually made a visit to his home.

"Based upon those patrols, we've had 158 reports that have come in from his neighborhood alone over the past year," Simmons said. "Of those, we have closed most of those cases. We have 16 remaining open and they're working their way through our system right now."
Joe Mudd, former Code Enforcement Manager for Temple, told 25 Investigates he tried to do the same thing.

That included trying to help this same homeowner.

"Oh, just his street, I mean, for Knowe, his alley. I mean, goodness gracious," Mudd exclaimed. "It was grown up and probably is now."

It is. 25 Investigates checked.

Four years has passed since Mudd was the code enforcement Manager and Mr. Knowe's neighborhood remains the same.

However, Simmons says, "Every situation is unique and different and we try to attack it and there are places where issues continue to keep popping up at the same houses and we acknowledge that and we ask Mr. Knowe and every other resident to continue to let us know when they're seeing these things that are happening and we'll try to do what we can based upon our code of ordinances and the tools at our disposal."

For now, it seems as if Knowe (a 24-year employee of the Temple school system) and faithful lifelong resident has two options: continue to monitor his neighborhood to try to improve it, while also communicating with the city, or move.

"It's been a good house and I want to be able to stay here and I really would appreciate being able to keep the neighborhood at a better level than what's being done," he said.