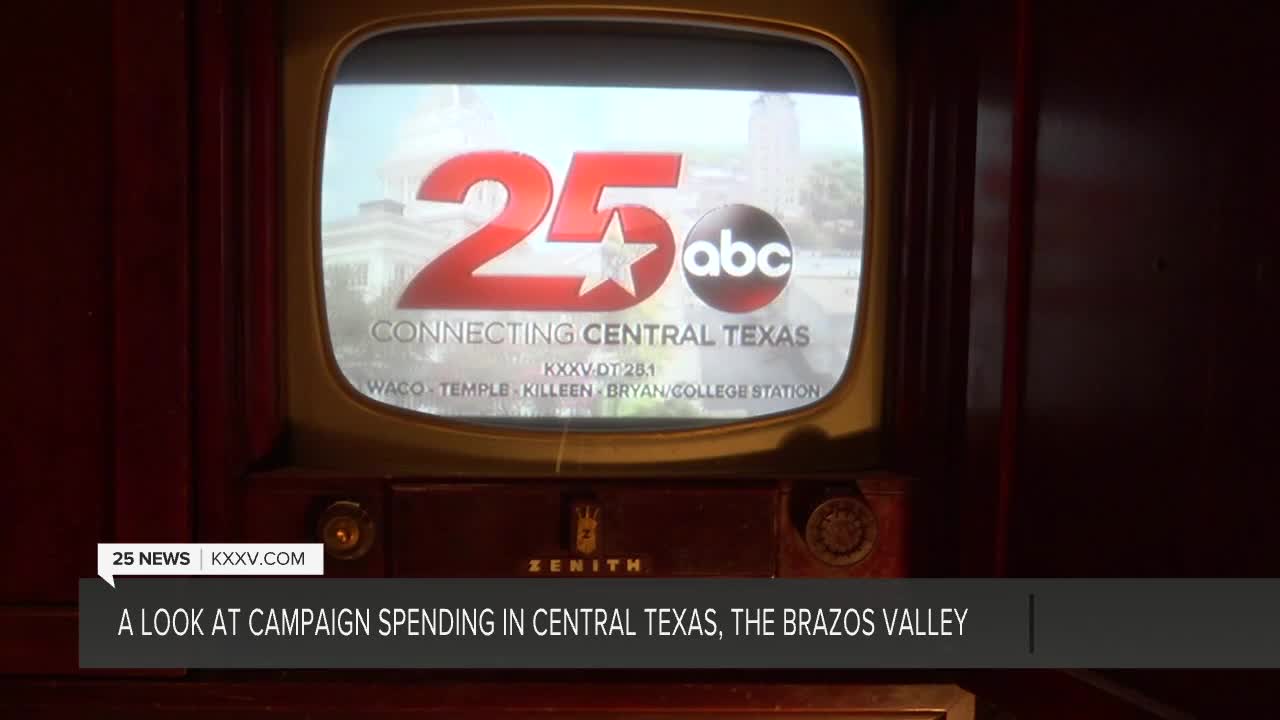 A 25 News investigation found surprising facts in the amount of campaign spending in last week's election.

A review of thousands of pages of advertising contracts yielded some surprises, like the cost per voter for candidates to get their word out.

Like lots of voters, Gladys Jimenez wonders if candidates spend too much money on advertising.

"I feel that they are, I mean, they could use that money for something else," said the Temple woman.

It's estimated campaigns spent more than ever this election, roughly $14 billion by many estimates.

Campaign managers say they work hard to get the most for their money. That's why they spent at least $2 billion on TV, making it a top budget item.

So 25 News pulled publicly-filed sales contracts from every television station, in every county in the 13-county Waco-Temple-Bryan TV market, and we crunched the numbers.

What follows, are estimates of what candidates spent:

Candidates for president and Senate spent $287,041 of their campaign money on TV ads in the Brazos Valley.

In the other half of the TV market, those same candidates spent a million more, at $1,216,784 to reach viewers in Waco, Temple, Killeen and surrounding areas.

”We found in TX-17 (U.S. House District 17, which serves both areas) more bang for the buck on cable and also regular network TV, that we were reaching a greater audience,” said Kirk Bell, a successful campaign manager who's managed a dozen campaigns, including this year's successful run for Congress by Pete Sessions.

So now we know why candidates spend so much money on TV. What you may not know is that money seems to go farther here in Central Texas and the Brazos Valley.

Which explains why we see so many political ads on the news.

Bell also says fewer candidates seem to run in Central Texas than in places like Dallas or Houston, making for a less crowded marketplace. Candidates have fewer voices to compete with, but that also means their competitors have a chance to grab people's ears just the same.

So how much does it cost to get a candidate's message out to voters?

”We don't get that granular here. I mean I could work that up,” said Bell.

Our estimates show the cost per voter in Central Texas and the Brazos Valley in the presidential and Senate races came down to just $2.41.

For a few cents less than the cost of a Happy Meal, candidates got their message across.

But already, Internet and streaming options have begun to drive prices lower

”But what I'm interested to see in the future is what are you gonna be able to do? We got very involved in digital, in 'OTT', which is really big. We did employ some of that,” Bell said.

Can candidates adapt? Bell says they have to.

”Old dog, new tricks. That's a trade off there. I think it's exciting. Sometimes I don't quite get it and I have to ask my kids," he laughed.

”If they feel that all the commercials and things like that that they're doing, it's going to help other people that have not voted yet and are still not sure what they're gonna do,” she said.

But she says smart voters will follow the old saying, "trust but verify"... on your own.