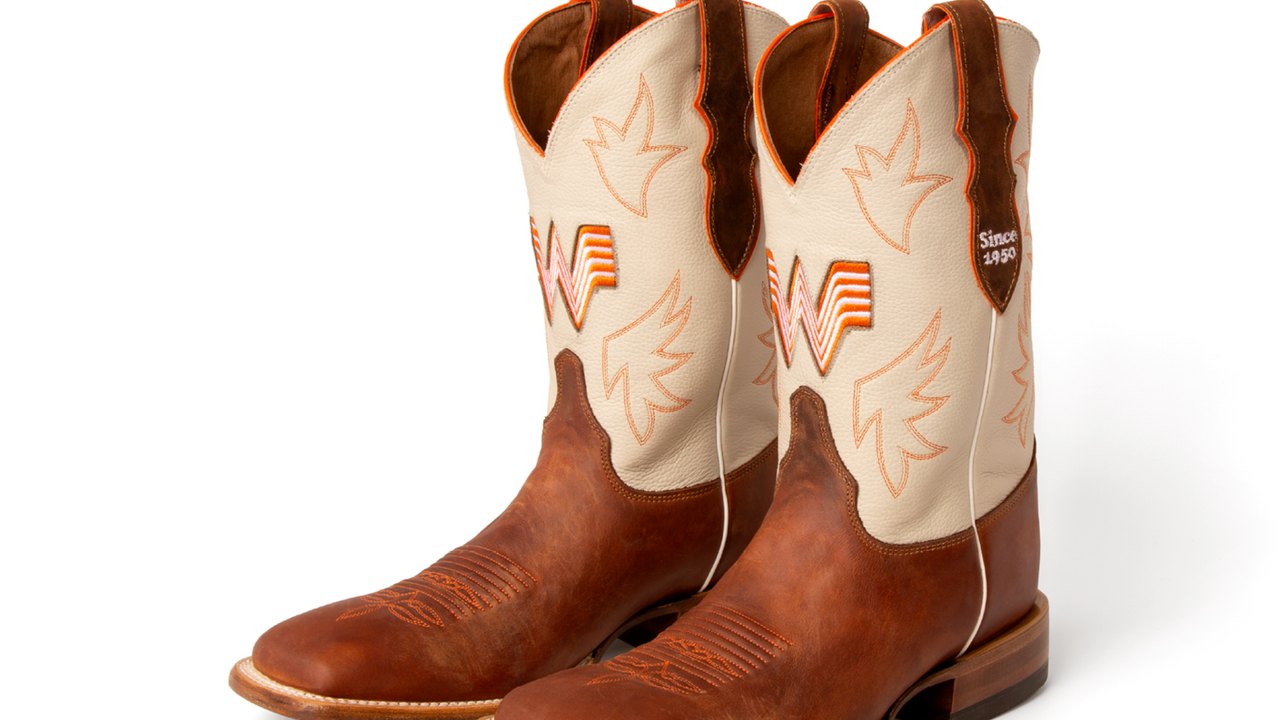 The new Custom Justin Boots are "Made for Walkin' and inspired by the Randy Rogers Band, says Whataburger.

Whataburger might be Chicago-owned now, but these Whataburger boots are still proudly made in Texas!

The boots are made at a factory in El Paso, Texas and Whataburger touts the craftsmanship, effort and attention to detail that goes into every pair.

The boots include 5.4 square feet of leather, 105 steps in the creation process, and 12,488 stitches to make the Whataburger logo -- and the boots take a grand total of 120 days to make!

The Whataburger-branded Justin Boots are on a limited run! They are available in both men’s and women’s versions.

Want the boots? Check them out at the whatastore.com!