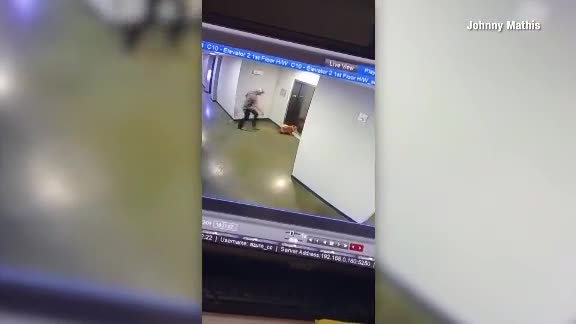 HOUSTON — A Houston man says he was at the right place at the right time after his neighbor's dog leash was caught in an elevator door.

The incident was recorded on a security camera at their apartment building on Monday.

It shows a woman walking into the elevator, with her dog on the leash.

But the door closes before the dog gets in.

And the elevator goes down - pulling the other end of the leash with it.

But the man - who had just got off the elevator - jumps in and works quickly to remove the leash from the dog just in time.

The good samaritan - Johnny Mathis - says the woman was overjoyed when she found out that her pup wasn't hurt.