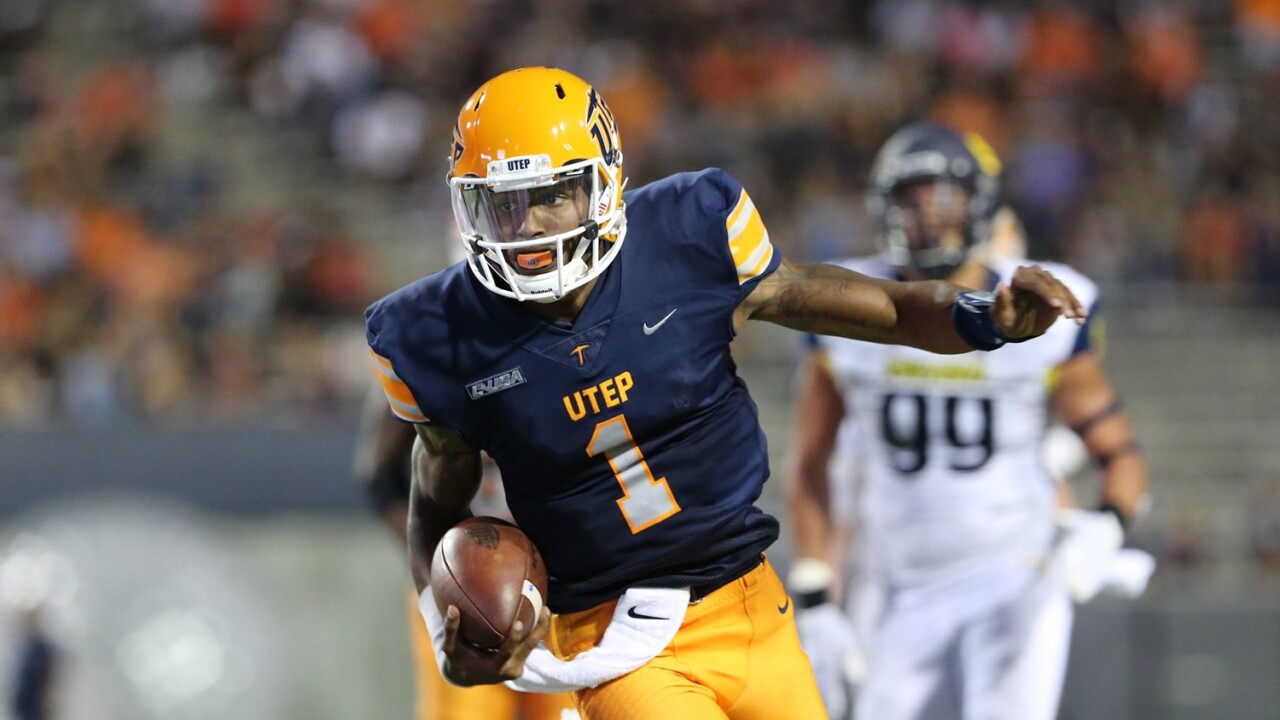 University of Texas, El Paso has suspended quarterback Kai Locksley after he was arrested for a number of offenses, including gun charges and making terroristic threats.

Locksley was arrested Saturday after being pulled over for driving under the influence, possession of marijuana (less than 2 ounces), unlawful carrying of a weapon and making terroristic threats, according to jail records.

He was released on a total of $2,900 bond for the four offenses.

The senior quarterback, who started eight games for the Miners last season, was immediately suspended by the team.

"We are aware of the charges against Kai Locksley," UTEP coach Dana Dimel said in a statement. "While the severity of these charges is concerning, it would not be appropriate to determine a course of action until we have all the facts. In the meantime, he has been suspended from the UTEP football team."

It was unclear what prompted the charge for terroristic threats. ABC News has reached out to the El Paso County Sheriff's Office for further details.

Locksley is also the son of Maryland head coach Mike Locksley, who was just named to lead the program this offseason after serving as offensive coordinator at Alabama.

The 6-foot-4, 215 pound quarterback was expected to be in the discussion at starter for UTEP in 2019. He had three passing touchdowns and six rushing touchdowns last season. He also missing three games due to injury.

Locksley was a star recruit out of high school, eventually committing to Texas. But he admitted to the Des Moines Register in 2017 that off-the-field issues led to his departurefrom the program.

"Life hits you fast when you’re on your own and things didn't go my way on the field," he told the Register. "I didn't respond in the best manner. I kind of had to fall apart a little to make strides and to grow."

His older brother, Meiko, was killed in a shooting in 2017 in Maryland.