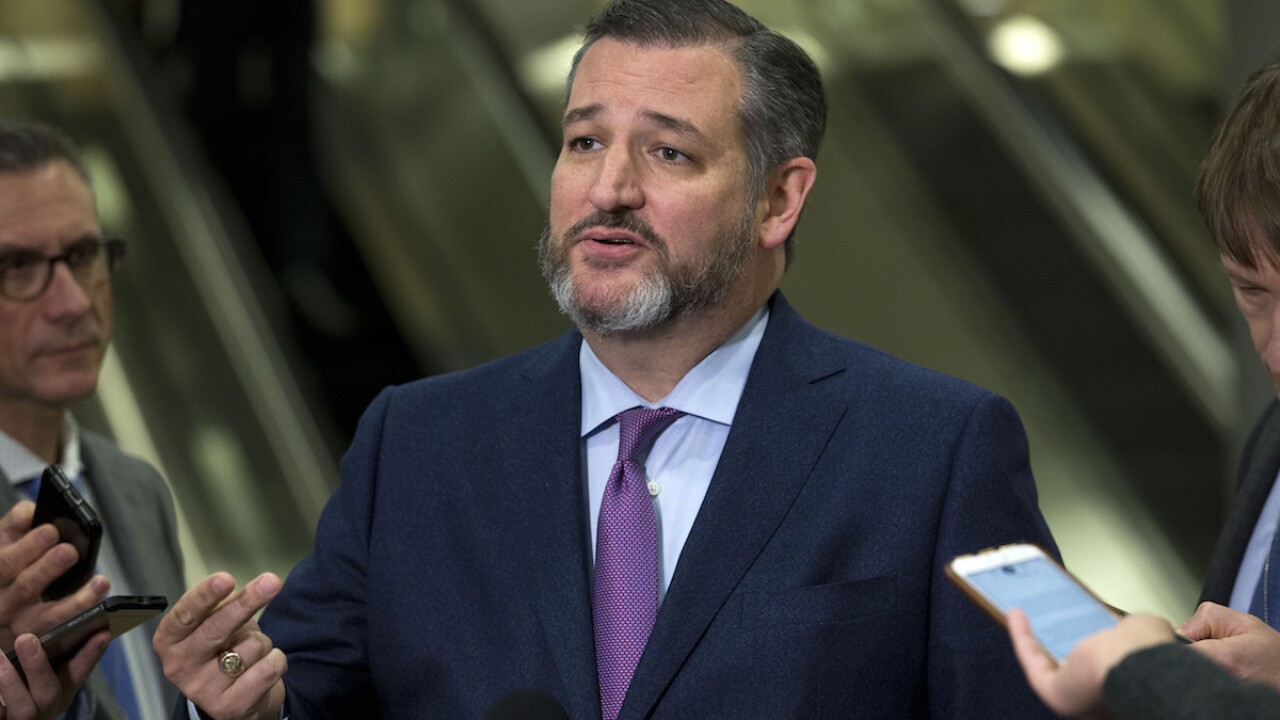 Copyright 2020 The Associated Press. All rights reserved
Jose Luis Magana/AP
FILE- In this Jan. 21, 2020 file photo, Sen. Ted Cruz, R-Texas., speaks to reporters on Capitol Hill in Washington. Cruz is working on a book, to be published in October, about the Supreme Court. Regnery Publishing announced Monday, May 11 that the Texas Republican would draw upon his long legal background to provide an inside look at key court decisions. The new book is called “One Vote Away.” (AP Photo/Jose Luis Magana, File)

Sen. Cruz sent a letter calling on the Department of Justice to investigate whether the creators of the film "Cuties" violated any federal laws against the production and distribution of child pornography.

The French film follows an 11-year-old who rebels against her family's traditions when she becomes fascinated with a free-spirited dance crew.

The film has recently drawn attention after the promotional poster was released which led to the hashtag #CancelNetflix to circulate. Social media had split opinions on whether or not the scenes were age-appropriate for the young actors.

“‘Cuties’ is a social commentary against the sexualization of young children,” a Netflix spokesperson said in a statement to Variety. “It’s an award-winning film and a powerful story about the pressure young girls face on social media and from society more generally growing up — and we’d encourage anyone who cares about these important issues to watch the movie.”

"The film routinely fetishizes and sexualizes these pre-adolescent girls as they perform dances simulating sexual conduct in revealing clothing, including at least one scene with partial child nudity. These scenes in and of themselves are harmful. And it is likely that the filming of this movie created even more explicit and abusive scenes, and that pedophiles across the world in the future will manipulate and imitate this film in abusive ways."