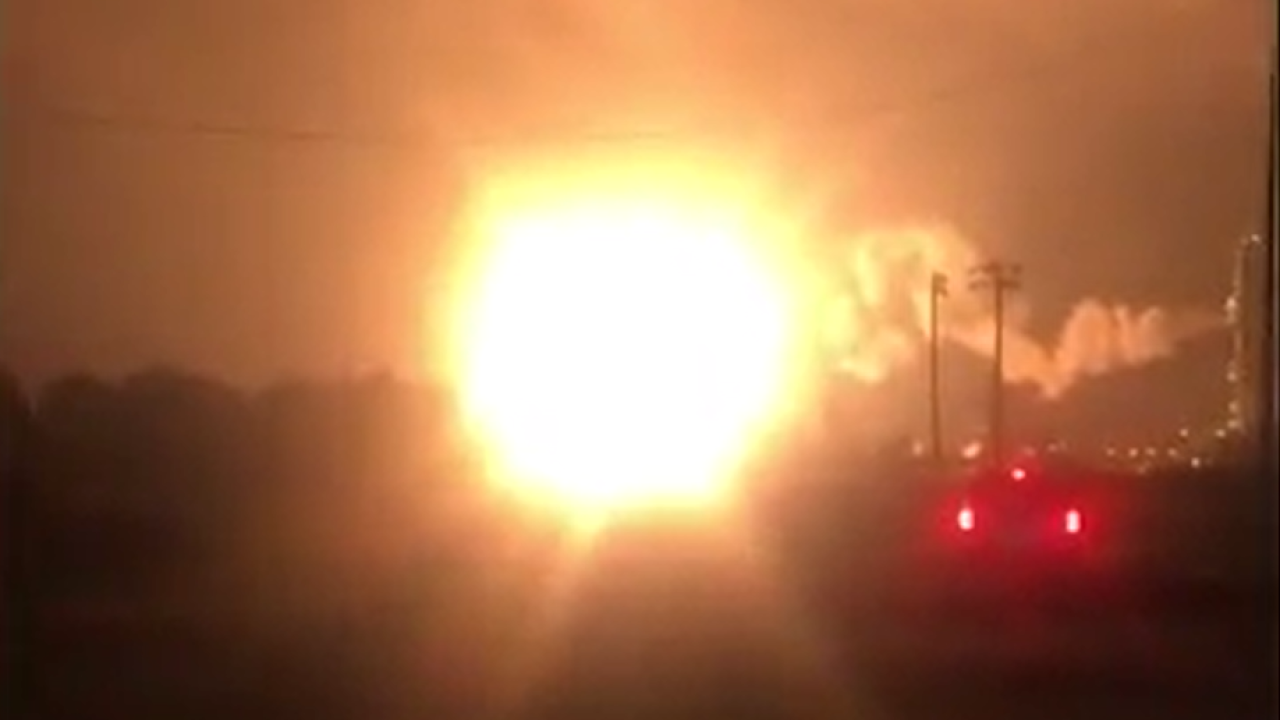 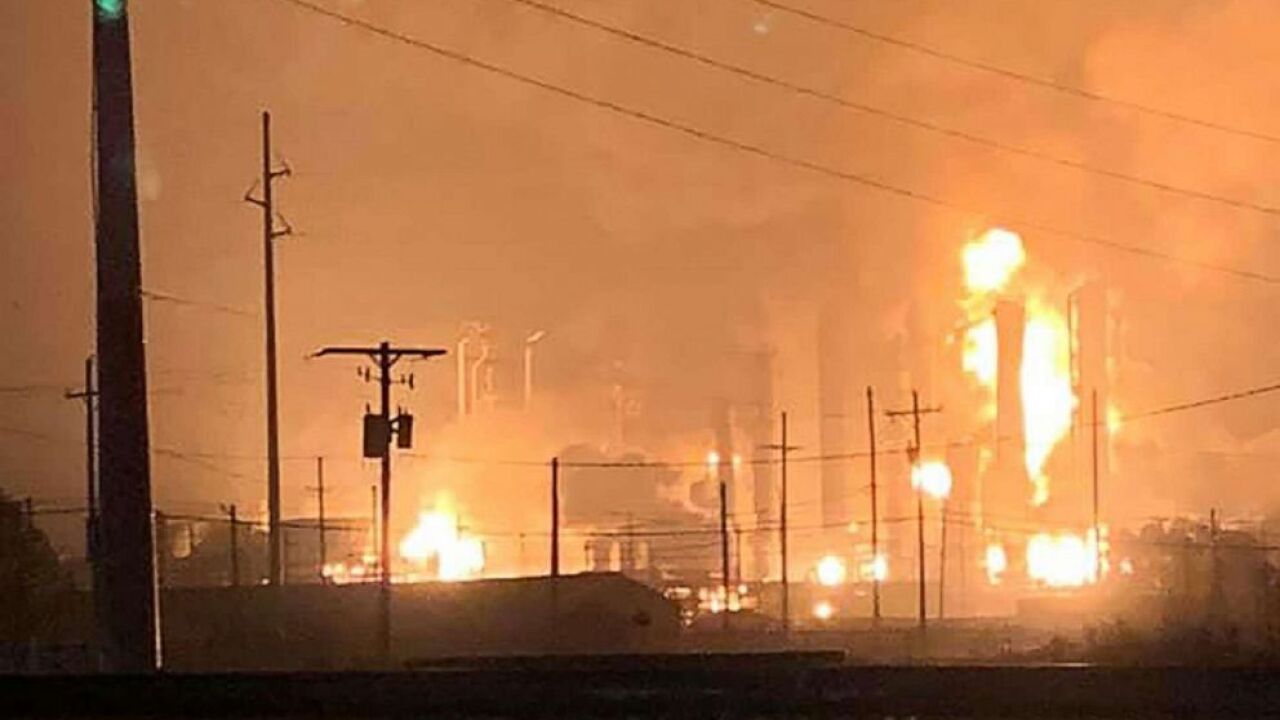 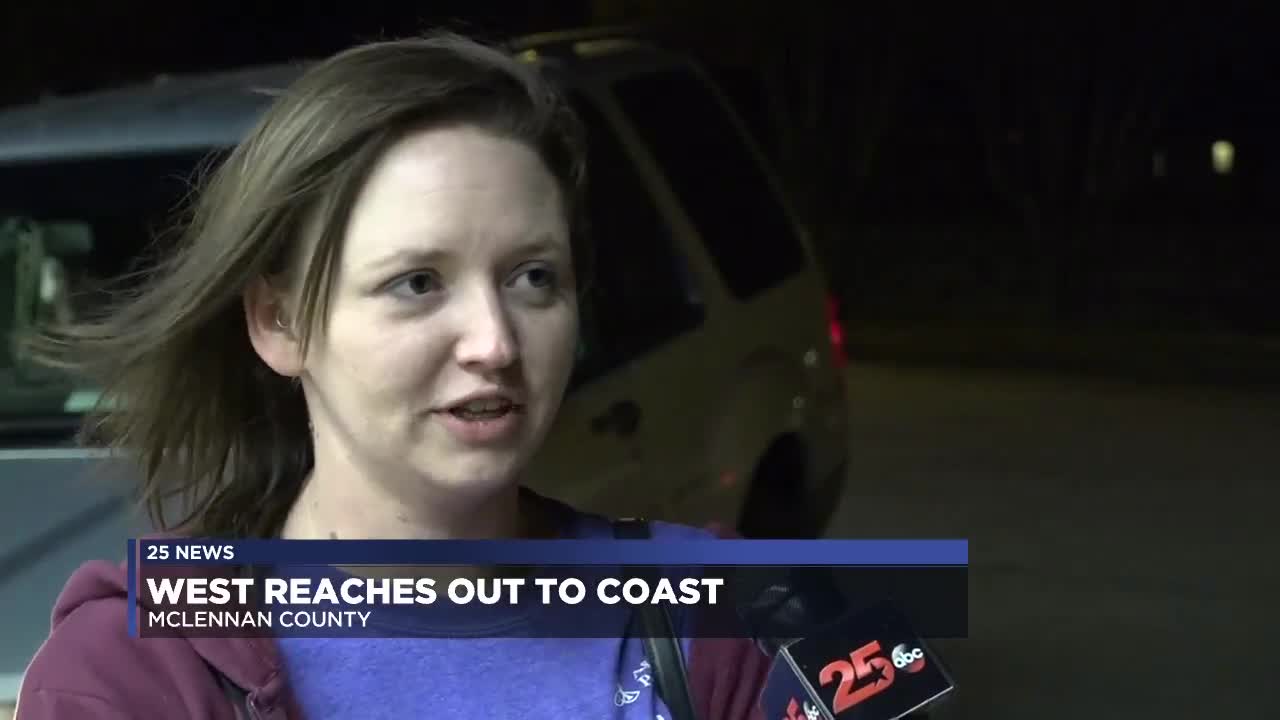 The focus was on containment and keeping surrounding storage tanks cool, said Troy Monk, director of health safety and security for TPC Group, which operates the Port Neches Operations site. The next priorities will be putting out the fire, then investigating its cause, he said.

"There's extensive damage throughout the City," the Port Neches Police Department said in a statement. "Please stay off the roads anywhere near the refineries. Obey all the barricades that are in place. We are doing everything we can to keep everyone safe and informed."

The fire is burning a chemical called butadiene , police said. The colorless gas is considered a health hazard, according to the US National Library of Medicine. It is made from processing petroleum and is used to make synthetic rubber and plastics.

There was no immediate data available on air quality surrounding the plant, officials said.

The company has reached out to local, state and federal officials, as well as other companies who might lend assistance, Monk said.

A mandatory evacuation order has been issued within a half mile of the plant. Port Neches is about 15 miles southeast of Beaumont.

"Somebody in the path of the plume, if they feel any irritants or have any respiratory conditions or allergies, it's in their best interest to go to a relative's home or a friend's home and get out of that wind direction," Jefferson County Judge Jeff Branick told reporters. "We think people ought to use just good ol' common horse sense because emergency personnel are too busy to try and enforce these things."

Personnel have been evacuated from the plant, which makes products for chemical and petroleum companies, said TPC Group. About 30 personnel -- out of 175 full-time employees and 50 contractors -- were on site at the time of the explosion, Monk said.

Two injured employees and a contractor have been treated and released from medical facilities, Monk said. All were taken to an area hospital, and one was then transferred to a Houston medical center, he said.

'Then I noticed an orange glow'

About 13,000 people live in Port Neches, and some said their home windows were blown out by the blast. Monk awoke to his front and back doors being blown into their frames, he said, and Mayor Glenn Johnson told reporters, "I understand what getting blown out of bed means now."

Tyler Shawn Dunlap was sleeping when the explosion rocked his house.

"I heard and felt my house shake. I first thought people were coming to break in 'cause of our intense security," he told CNN. "I went to Dad's room, and he thought our generator blew up so we checked that, then I noticed an orange glow from the clouds."

Trent Lee said the explosion sounded like a nuclear detonation and shook everything in Port Neches. The blast was also captured on Mia Hubert's doorbell camera and left the area covered in a fiery hue.