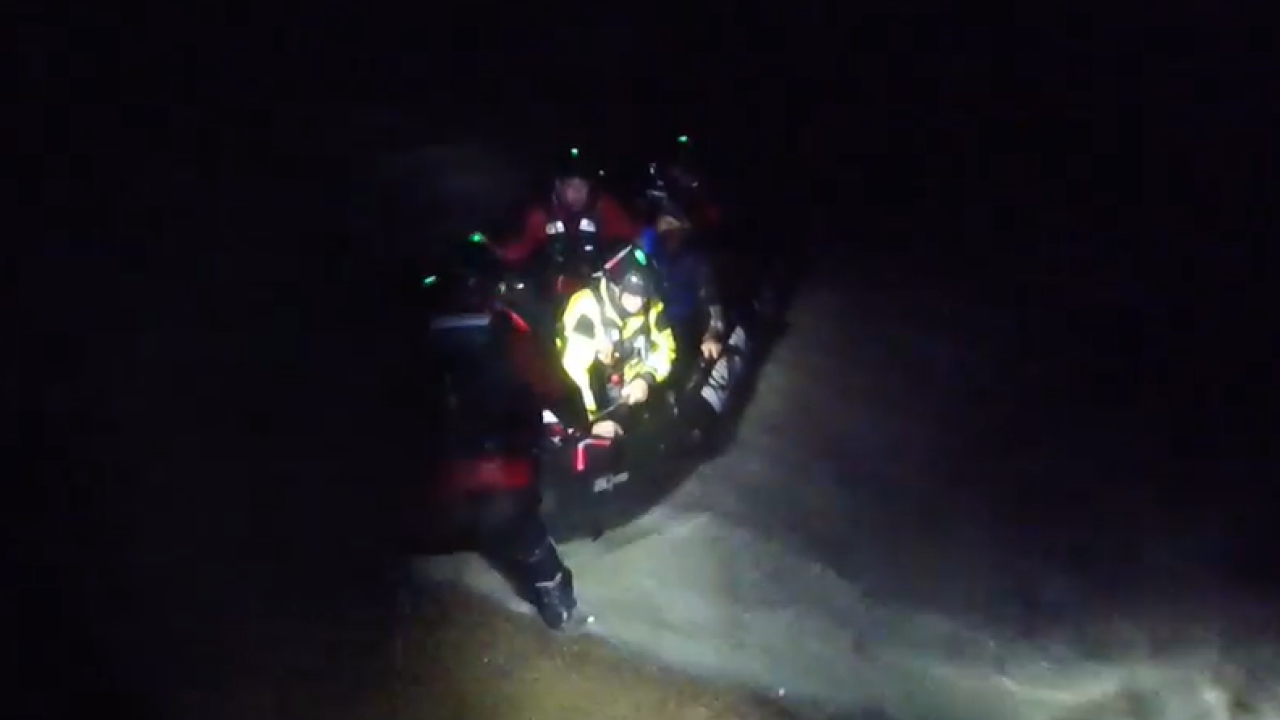 Texas A&M Task Force 1 rescued three people from a sailboat as it was sinking during Hurricane Hanna.

TX-TF1 rescued two people in their 80's and the 40-year-old boat owner from a sailboat in rough waters and 65 mph winds after a request from the US Coast Guard and the Corpus Christi Fire Department.

The TX-TF1 water rescue squad is comprised of members from Washington County EMS.

The squad arrived as many of the boats were breaking apart and sinking, according to their Facebook post.

After meeting with the marina owner and the Corpus Christi Fire Department, the rescuers quickly launched their inflatable rescue boats to save the three people trapped on the sinking boat.