GoFundMe page raises over $21,000 for Texas man who was struck by lightning 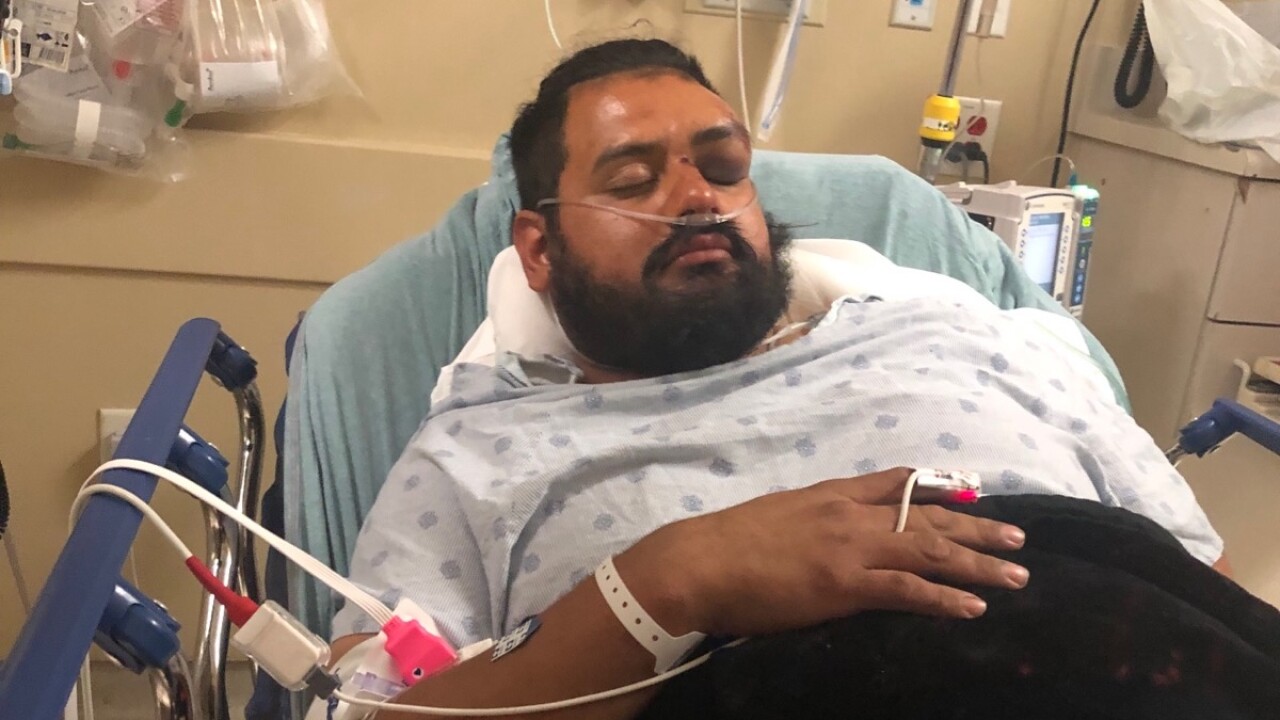 On Oct. 3 at approximately 7 p.m., Alexander Coreas was going on his daily walk with his three German Shepards. While they were out, a storm came.

Coreas noticed the intensity of the lightning and he immediately made a run for it with his three dogs. When they were running back to the truck, he was struck by lightning.

His clothes caught on fire from the lightning strike, his shoes were knocked off and he fell to the ground. The three dogs were in distress and ran away in fear.

Several good Samaritans found him without a heartbeat and at that time he started CPR.

Coreas was airlifted to a local hospital due to the serious injuries he sustained.

He is currently suffering from fractured ribs, a fractured temporal bone, a swollen eye, bruising and several muscle ruptures due to the lightning strike.

On the GoFundMe page, Coreas' family said they would like to thank the good Samaritans Bill Wilson, Corey Hart and Christy Mittler. They would also like to thank the community, first responders, life flight, the police department, friends and family.

"Had it not been for each and every one of you there would be no telling where Alexander’s life would be. Alexander is a person a lot of people like to be around. His energy radiates and can make you feel happy. He is very helpful and charismatic," the page said.

To follow Alexander's journey and to get updates, here is his GoFundMe page.