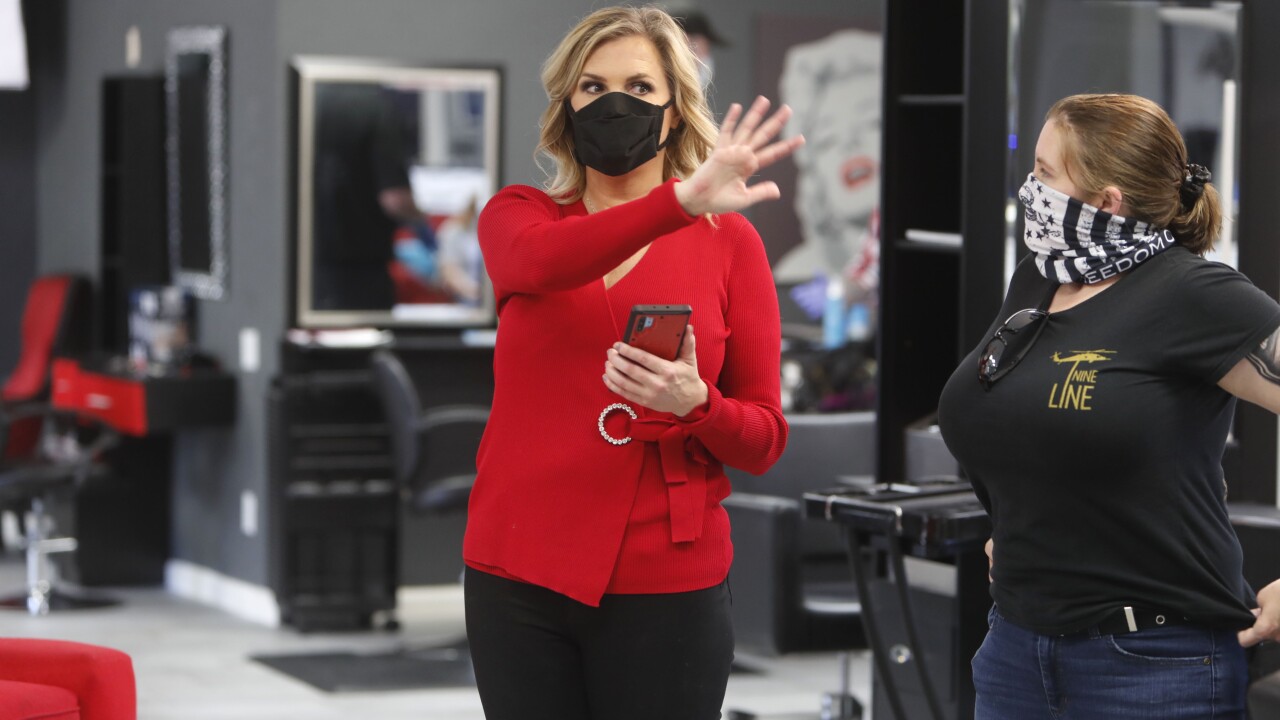 Copyright 2020 The Associated Press. All rights reserved.
LM Otero/AP
Amid concerns of the spread of COVID-19, salon owner Shelley Luther wears a mask as she talks in her just reopened Salon A la Mode in Dallas, Friday, April 24, 2020. (AP Photo/LM Otero)

The Dallas businesswoman whose beauty salon has become a cause célèbre in the controversy over coronavirus restrictions struck a philanthropic tone Friday and said she plans to donate a portion of the money raised for her cause.

Shelley Luther, a Dallas hair salon owner who was jailed earlier this month for illegally reopening her business during the coronavirus pandemic, said she was going to donate some of the money raised from a GoFundMe account to help Ana Isabel Castro-Garcia and Brenda Stephanie Mata, the two Laredo businesswomen who were arrested after offering beauty services at their homes in violation of a Webb County stay-at-home order, the Dallas CBS station reported.

She said after paying her mortgage and legal fees, she wants to aid the Laredoans in paying their fines and attorney fees and add some head-start money, the station reported.

Luther was ordered to serve a seven-day jail sentence after ignoring a cease-and-desist letter and ripping up the document during a rally in Dallas County. State District Judge Eric Moyé handed down the sentence after offering Luther a chance to apologize for her actions, which the shop owner refused to do.

Luther was released from jail after Gov. Greg Abbott amended his policies to eliminate jail time for people who violate his orders. The Texas Supreme Court granted an order that led to Luther’s release.

The salon owner also reportedly said she was going to offer some of the money from her charity account to South Dallas, the CBS affiliate reported.