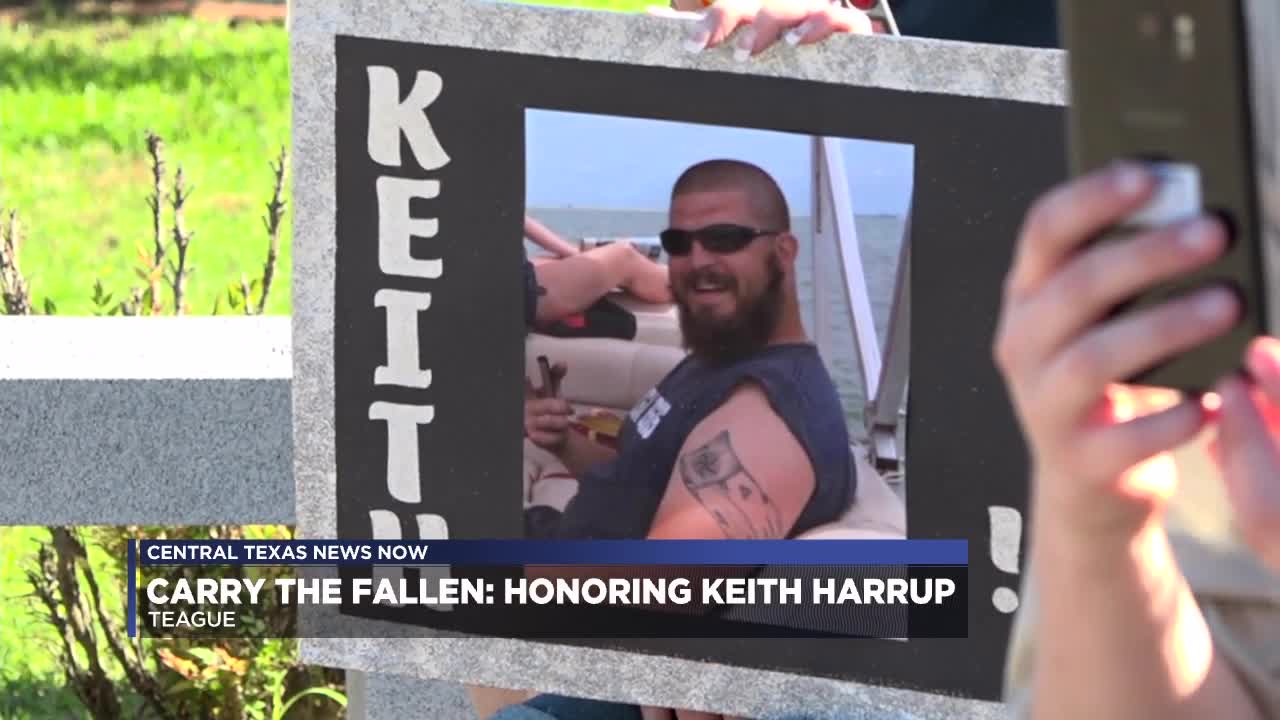 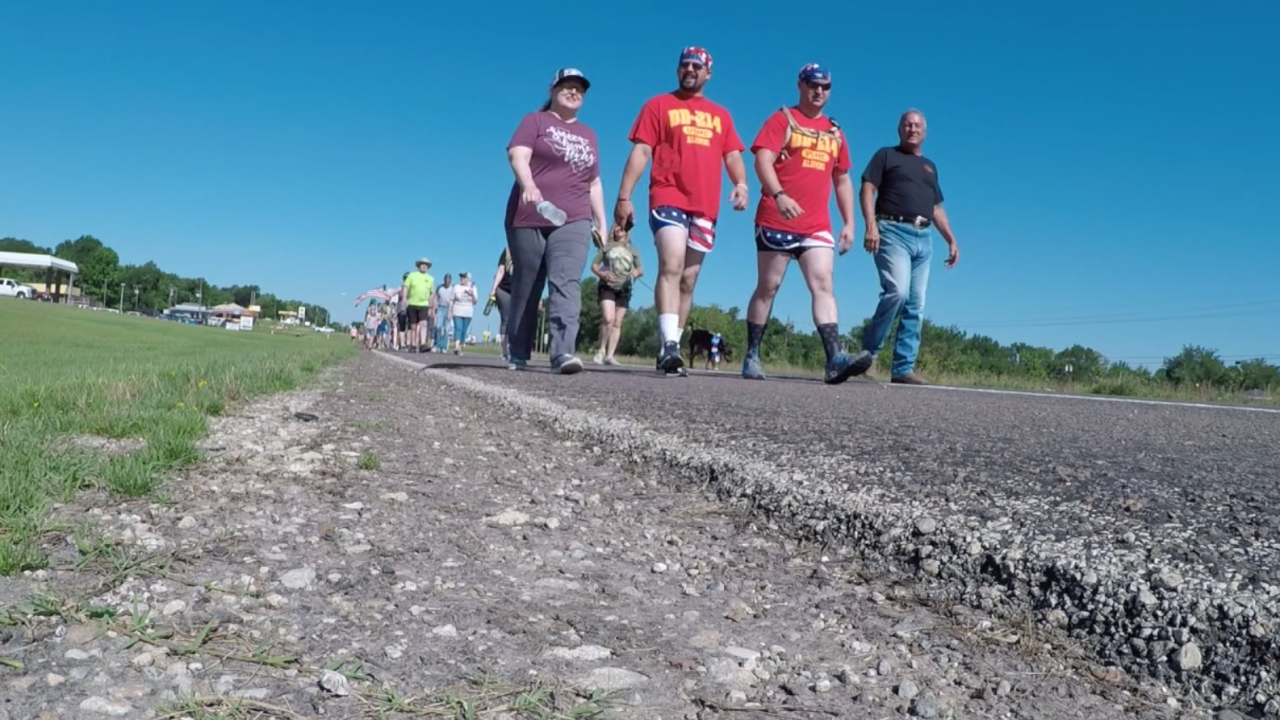 TEAGUE, TX — About 10 months ago, Keith Harrup died in a motorcycle accident near Kirvin. He was riding with one of his friends when a deer stepped in the road, causing him to swerve and hit a tree.

Harrup served in the Army for six years. He fought in Afghanistan and Iraq before being honorably discharged. His family described him as "a born soldier."

On Saturday, Harrup's loved ones from across the country gathered in Teague to celebrate his life in a way that would make him proud.

Dozens of people carried flags and signs with Harrup's picture on it as they marched down Highway 84 for Carry the Fallen, a national movement to raise awareness for PTSD and veteran suicide.

Harrup's mom, Shelley Hutson, said her son was thoughtful and kind. He would always check in on his Army buddies to make sure they were doing okay.

"It brings the focus to who he cared about. We felt like this was a good cause to represent him," Hutson said. "It was a really important issue that Keith was worried about."

Sgt. Andy Springer is a team leader for Active Heroes, the organization that hosts Carry the Fallen marches. He's also one of Harrup's friends.

"You know, I'm thankful to have known Keith and to serve with him. He will missed forever," Springer said. "He's a hero and he always will be. I'll always honor him."

Joshua Dockery was deployed to Afghanistan with Harrup in 2004. In the midst of war, Dockery made a lifelong friend.

"Keith is an amazing person. He has the biggest heart. He made everybody smile," Dockery said. "Today is to honor that big heart."

Dockery came in from Kansas to attend the march for Harrup. He wore chains around his neck, each link with a name to represent a fallen friend.

"We just want to honor him and let him know, up above, that we're always here and we're thinking about him," Dockery said.

Hutson said they may consider making this an annual tradition.

"These guys are fighting for our country, our freedom and we need to make sure they're okay when they come home," Hutson said. "I think that's what he would like. I think he would be happy."

Harrup is survived by his three young children who also attended the event.

For more information on Carry the Fallen, click here.