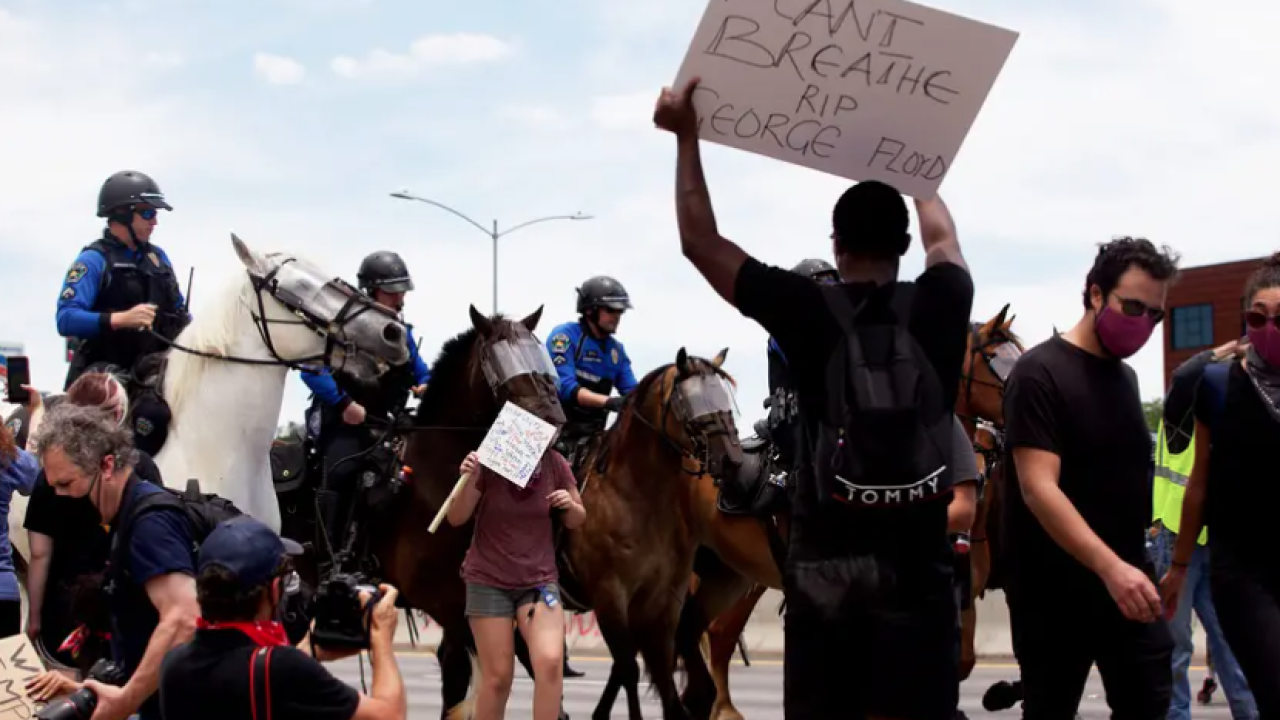 Organizers have canceled a protest planned in Austin due to concerns that “white folk … and other agitators of color” would have hijacked the event and risked the safety of black protesters there.

“It’s a risk just to exist in a black body in this country,” Chas Moore with the Austin Justice Coalition said this morning on a Facebook Live broadcast. “There’s no way under my watch … that we can ask people to come out and potentially have black bodies in harm’s way.”

The protest was originally slated to happen this afternoon near the Texas Capitol.

Moore cited “rumors” that others involved with Saturday night’s protest in the city were planning to “hijack” today’s event. “When I look at what’s going on in Austin, when I look at the mess that happened last night, I look at white people burning stuff up,” he said.

“White folk, white agitators and other agitators of color that are using this moment in the name of black lives … there’s no way I can ask you to come out and ask you to be in harm’s way.”