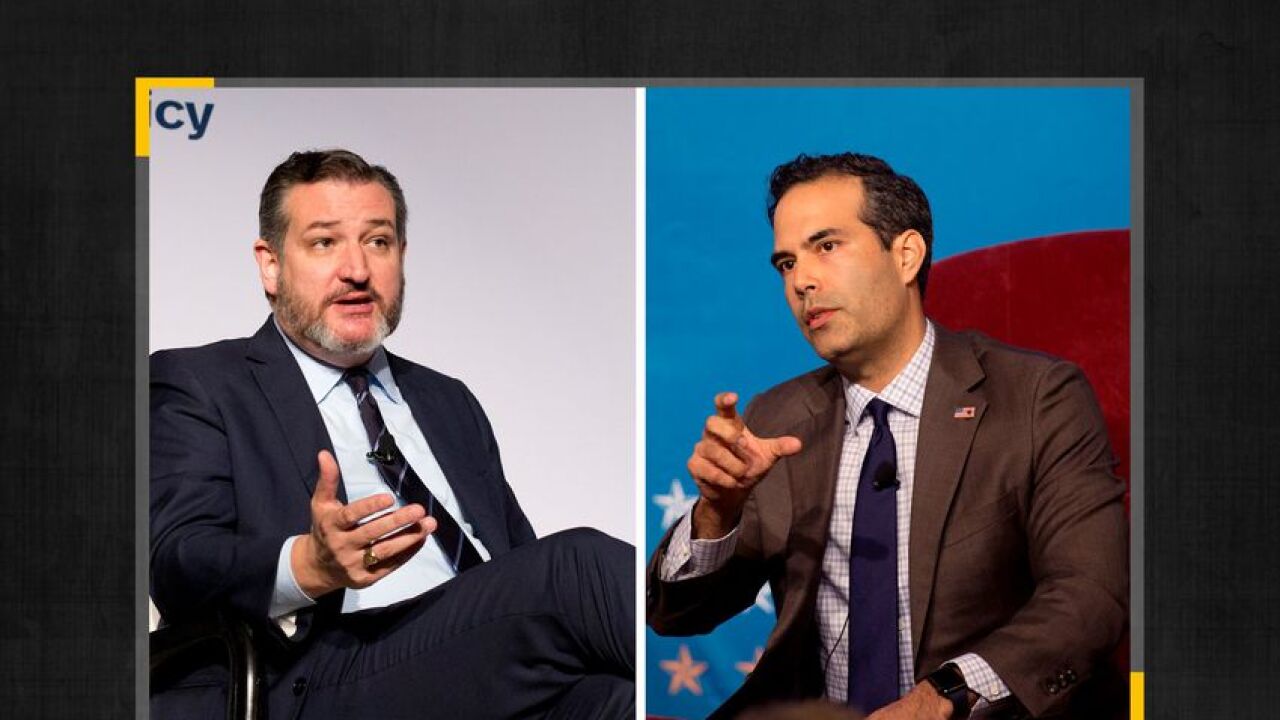 " After El Paso shooting, some Texas Republican leaders decry "white" terror " was first published by The Texas Tribune, a nonprofit, nonpartisan media organization that informs Texans — and engages with them — about public policy, politics, government and statewide issues.

Some of Texas' Republican leaders are saying in explicit terms that the tragic massacre in El Paso was racially motivated — and in one instance, characterizing it as part of a rise in "white terrorism."

Authorities are investigating a hate-filled manifesto that appeared online shortly before a gunman opened fire Saturday at a crowded Walmart in El Paso, killing 20 people and injuring at least two dozen more. The document warned of a "Hispanic invasion of Texas" amid other racist and xenophobic rhetoric.

Land Commissioner George P. Bush, whose mother is a Mexican immigrant, was the first statewide official to speak plainly about the apparent link. In a statement Saturday night, Bush said the country's counterterrorism efforts "should include standing firm against white terrorism here in the US."

“There now have been multiple attacks from self-declared white terrorists here in the US in the last several months," Bush said. "This is a real and present threat that we must all denounce and defeat."

"As the son of a Cuban immigrant, I am deeply horrified by the hateful anti-Hispanic bigotry expressed in the shooter's so-called 'manifesto,'" Cruz said, labeling the shooting a "heinous act of terrorism and white supremacy."

The statements are notable from a party that has struggled to gain the support of minority groups in Texas, particularly the ascendant Latino community. Both Bush and Cruz have previously advocated for a Texas GOP that works harder to attract those voters, though they have also embraced a president, Donald Trump, whose actions and language have deeply alienated them.

Neither Bush nor Cruz mentioned the president in their statements. Texas Democrats were far more unflinching in drawing the connection following the shooting, with Beto O'Rourke, the presidential candidate and former El Paso congressman, saying Trump "had a lot to do with what happened in El Paso."

U.S. Rep. Will Hurd, a Republican who represents parts of El Paso County and has previously criticized Trump's rhetoric, addressed the question of Trump's role in the El Paso shooting during an interview Sunday morning on CBS' "Face the Nation."

“I think divisive rhetoric is not the way to go,” Hurd said, noting the president had condemned the El Paso attack. “He has an opportunity to be the uniter-in-chief and I hope that’s the way to go."

As for Bush's use of the term "white terrorism," Hurd said the FBI is still probing the manifesto, but if it indeed belonged to the gunman, "this is white nationalism terrorism and this is something that we're seeing."

This article originally appeared in The Texas Tribune at https://www.texastribune.org/2019/08/04/after-el-paso-shooting-some-texas-republican-leaders-decry-white-terro/ .