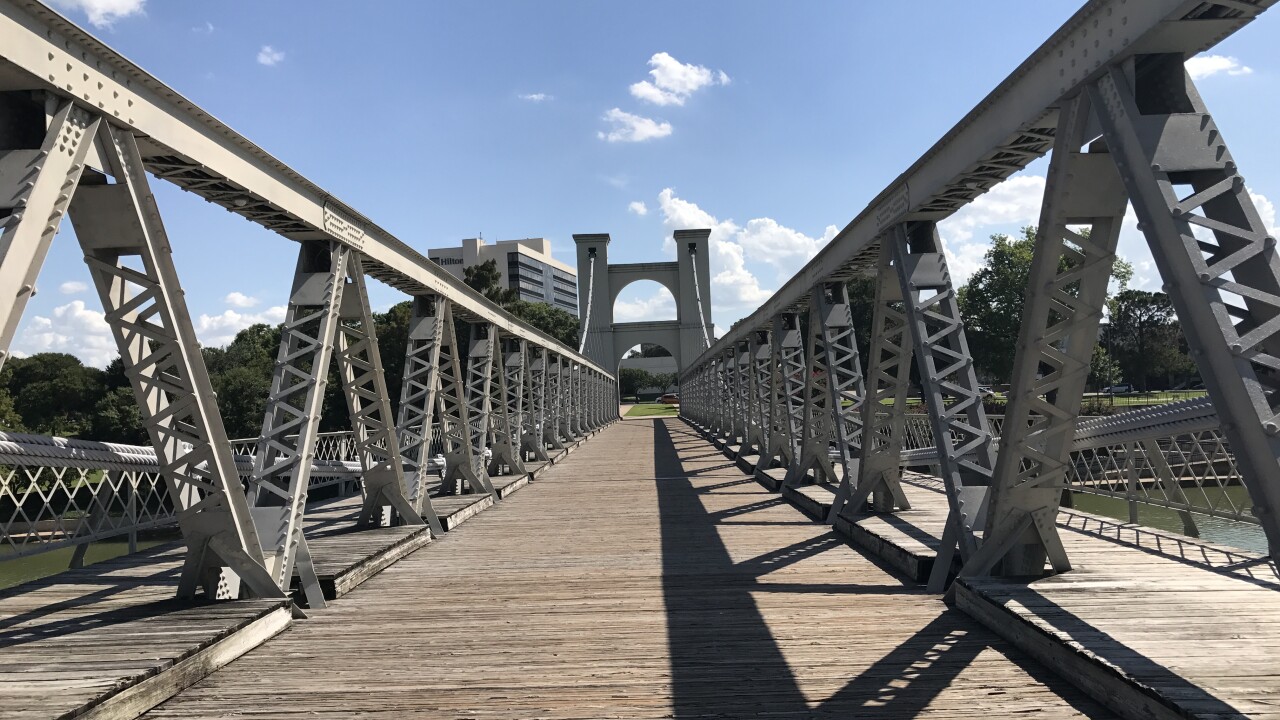 WACO, TX — The Waco Suspension Bridge will close this week as it undergoes the first steps of a $12.4 million rehabilitation project.

"This is a major project that we're embarking on here," Jonathan Cook, parks director for the city of Waco said.

On Thursday, Cook along with other city leaders announced the project during a virtual groundbreaking ceremony shared on the City of Waco's Facebook page.

"This is a historic landmark within the city of Waco and the state of Texas," Cook said. "It's really a preservation project to make sure it's here another 150 years."

Jill Barrow, the Director of the Historic Waco Foundation says she supports the project and believes it's needed to help preserve an important piece of the city's history.

"The suspension bridge is our iconic landmark of Waco, we need to preserve it."

The project is expected to last 18 to 24 months and includes widescale updates to the foundations, towers, decking and railings.

"Obviously when you have a project like this and so many technicalities, the areas around the bridge and bridge itself are going to be impacted," Cook said.

The river will remain accessible for watercraft and leisure activities.