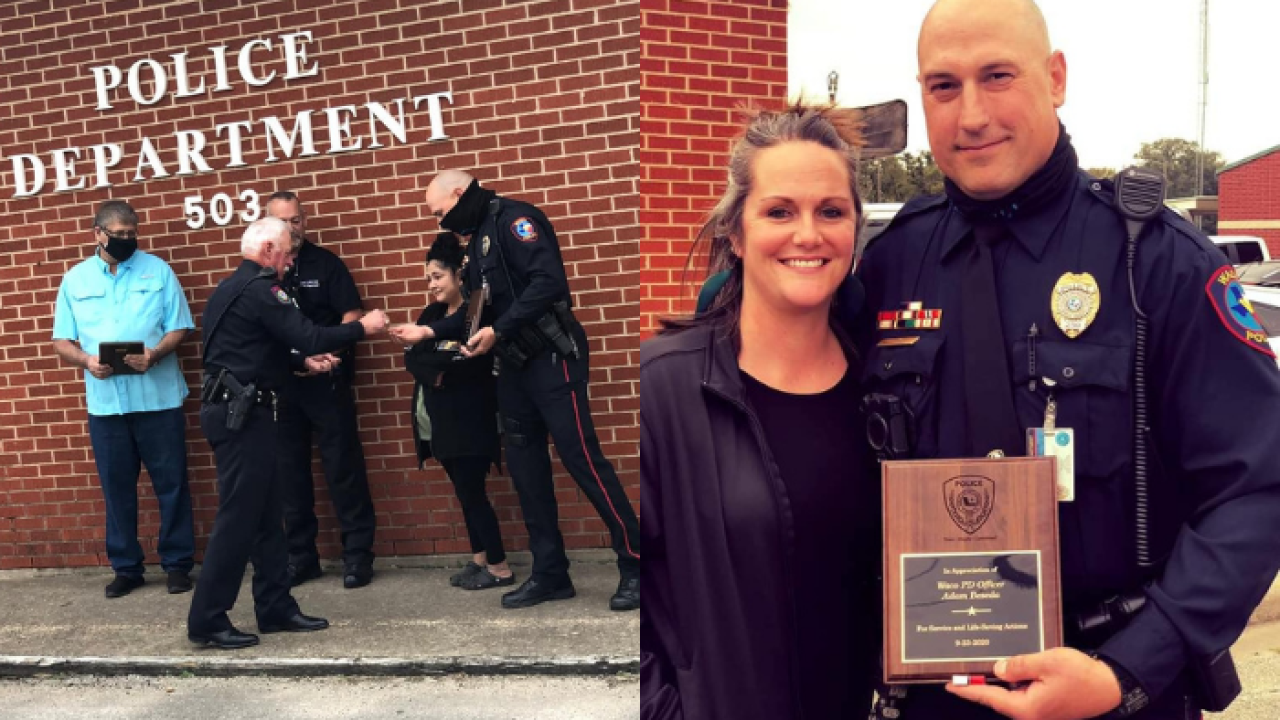 A Waco police officer was awarded for his efforts in saving a woman's life during a fiery crash in September while he was on his way home after his shift.

Officer Adam Beseda was awarded "for service and life-saving actions" from the City of Lacy Lakeview.

On September 23rd, 2020, Besada was on his way home after his shift when he witnessed a vehicle accident at the intersection of E. Lakeshore Dr and HWY 77.

The vehicle immediately caught fire and the female driver inside was found to be unconscious, according to police.

Officer Beseda rushed to her aid alongside off duty Lacy Lakeview Officer Lieutenant Cummings and an off duty AMR employee, Richard Lednicky.

Officer Beseda cut the unconscious female out of her seat belt and they carried her to safety, away from the burning vehicle.

Beseda, Cummings and Lednicky were able to get the woman to regain consciousness and stayed with her until AMR arrived and transported her to Hillcrest Hospital for her injuries.

"Even while off duty, police officers know that it is their duty and calling to spring into action when things like this happen," said Waco Officer Garen Bynum. "Ofc. Beseda is no exception to that! He continuously represents our department and our profession very well! Thank you Ofc Beseda and all others for you dedication to service to our citizens and thank you to Chief Truitt with Lacy Lakeview Police Department for recognizing all first responders involved in this!"