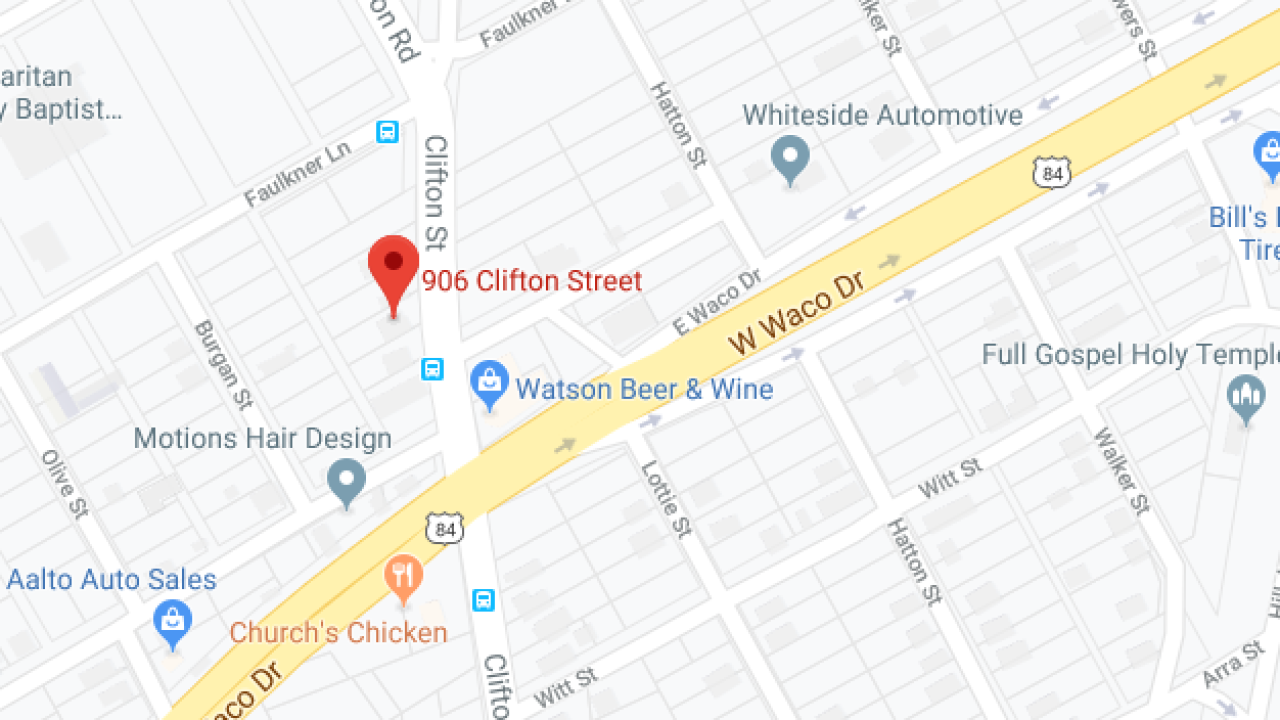 Waco Fire Department responded to a gas leak at 906 Clifton Street due to a two inch cut to a natural gas line.

Atmos Energy was on the scene now working to stop the gas flow and repair the leak, according to officials.

Waco Fire's HazMat crew was responding to the scene.

Officials said the Waco Fire Department is there on standby as Atmos Energy works to repair the line.