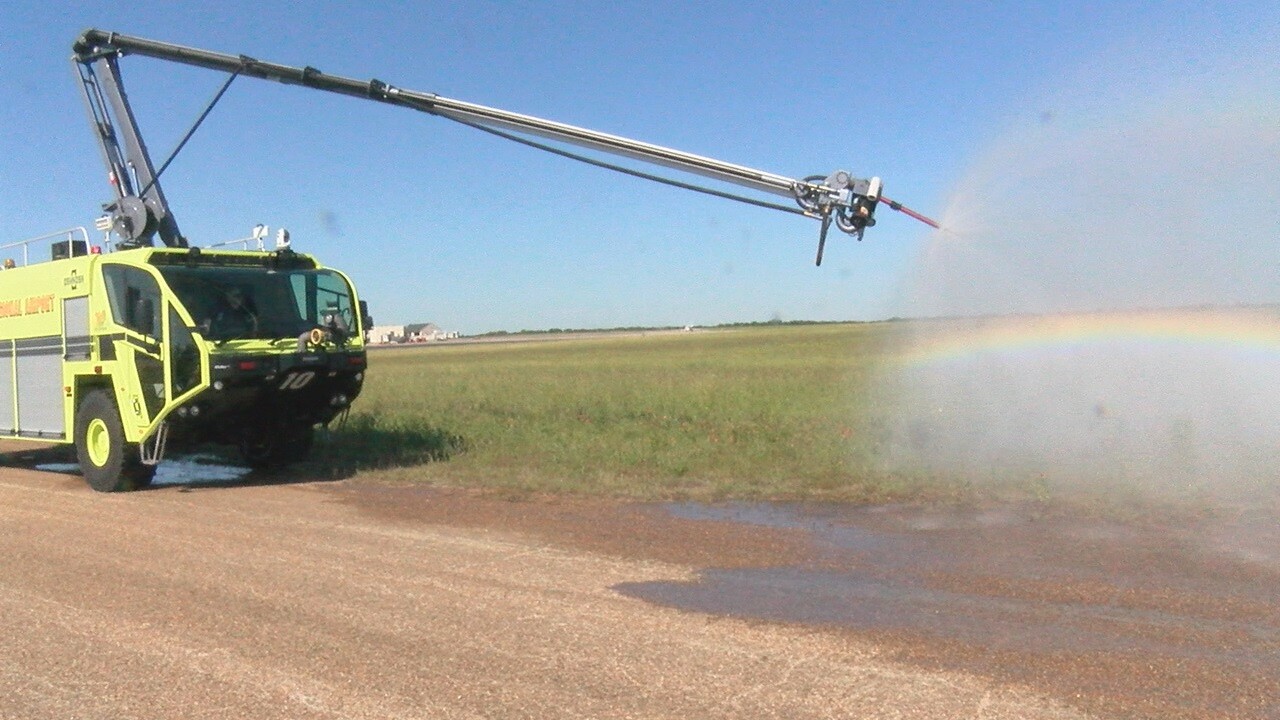 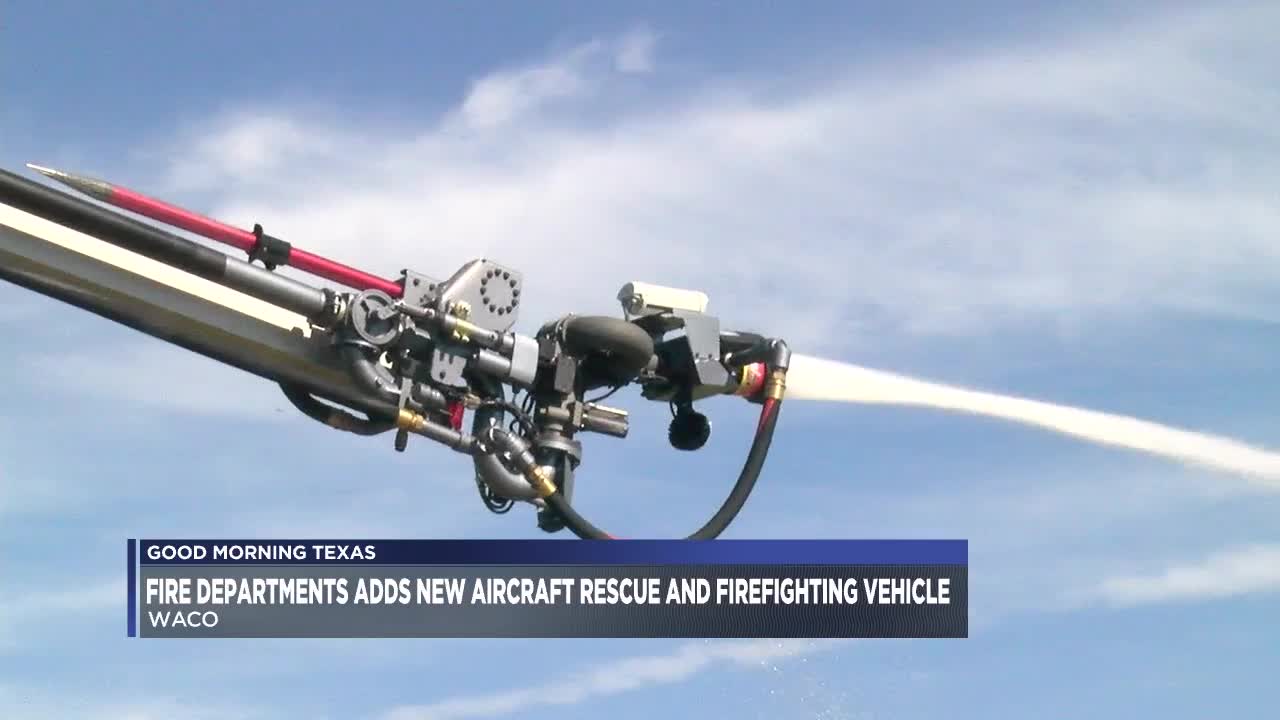 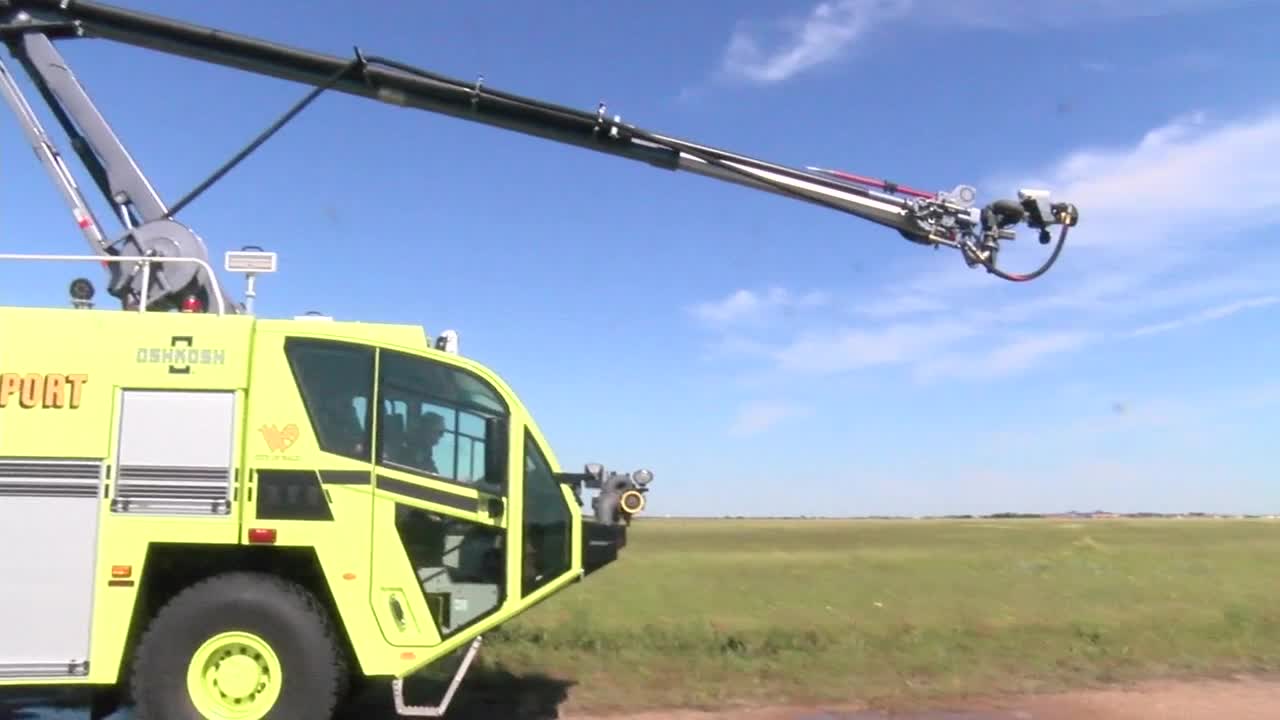 WACO, TX — Waco firefighters who respond to incidents at Waco Regional Airport will now have additional tools to combat fires.

Usually firefighters at Station 10, which is located on airport property, respond to calls at the airport ranging from debris on the runway to emergencies.

This year, they have helped with at least 50 incidents.

"They'll have some type of warning light go off so we will go out and standby and make sure they land safely and those can escalate into more serious emergencies where they actually crash," Captain Rob Barlow said.

Those firefighters have a new rescue and firefighting vehicle with a capability of holding 1,500 gallons of water and 220 gallons of foam.

The extendable boom on the truck will allow Barlow and his crew to cover more ground if there is a fire.

"By giving us the versatility of having extendable turret to move around is like having a couple of extra men on the fire truck," Barlow said.

In addition, he said the new vehicle will help when firefighters have to battle a fire inside an aircraft.

"If there is a fire we can't get through, maybe in the cargo area, or even in the passenger area, instead of sending people inside of the aircraft, we can pierce through the skin of the aircraft and put the fire out," Barlow said.

According to Bergerson, the Federal Aviation Administration covered 90 percent of the $800,000 cost of the new vehicle.

Firefighters expect to begin using the vehicle this month. The station will keep a 2002 vehicle as backup and sell a 1992 truck at the station.