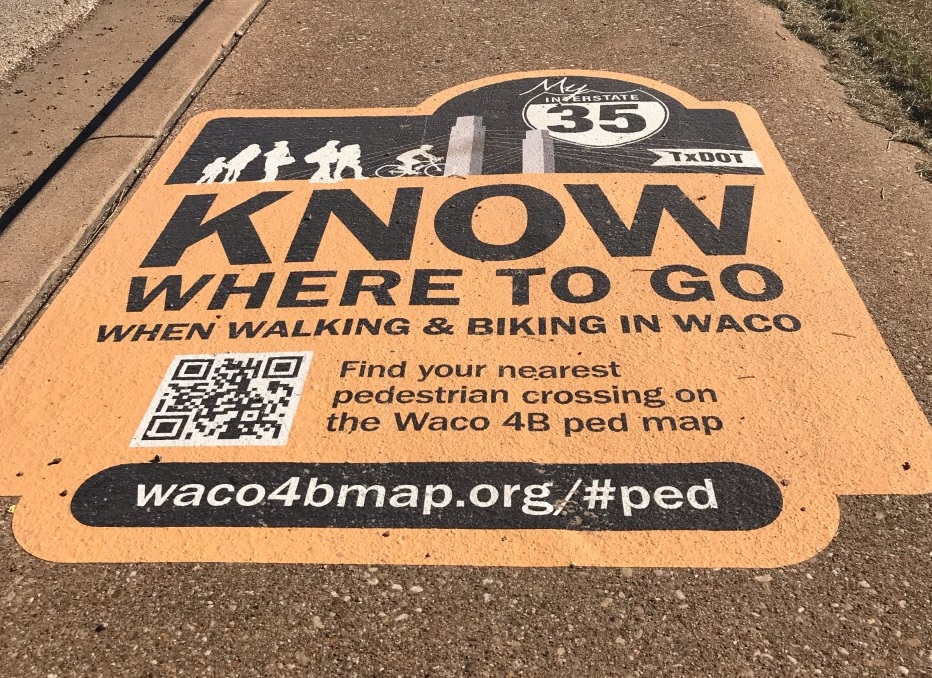 WACO, TX — Construction downtown and along I-35 has made it dangerous for pedestrians to get by in Waco. So the Texas Department of Transportation is stepping in to help make the roadways safer.

"If we all obey traffic laws, we can work together to make sure we're all safer," said Jake Smith with TxDOT Waco District.

The department launched the "Be Seen, Be Safe" campaign after road closures forced pedestrians and bicyclists onto the roads.

"I know there's been times here in Waco where people have been hit because drivers are not paying attention. Waco is moving to a more pedestrian area, and everybody needs to pay attention to pedestrians," said long-distance runner Angel Muniz.

Even local bicyclists like Steven Hunsucker are hitting the breaks.

According to TxDOT, in the next two decades, McLennan County is expected to grow by 50,000 people. Just last year, there were over 200 car crashes in Waco involving a pedestrian or bicyclist. Twenty eight them were fatal, which is why the department launched their most recent campaign.

"Well the number is concerning for sure. TxDOT is all about the safety of travelers, and that includes travelers on foot and travelers on bicycles, not just for vehicles," said Smith.

The city has set up signage near the I-35 corridors to help people find safe pedestrian crossing. All people have to do is scan the QR code to access an interactive map that will show you up-to-date information on what traffic looks like for drivers and pedestrians.

"And if there's no sidewalk or crosswalk, and you absolutely have to be in the road, stay in the left-hand lane to see what's in front of you," said Smith.

TxDOT encourages everyone to be safe and be seen, recommending people wear reflective clothing, put lights on their bicycles and always follow the road rules.

"Just look both ways and use your mirrors to see if anyone is running behind you or coming in front of you 'cause it could literally save a life," said Muniz.

TxDOT has as also launched a survey to hear from the community on how residents think streets can be safer. Based on the feedback, it could result in more crosswalks or wider bicycle lanes.