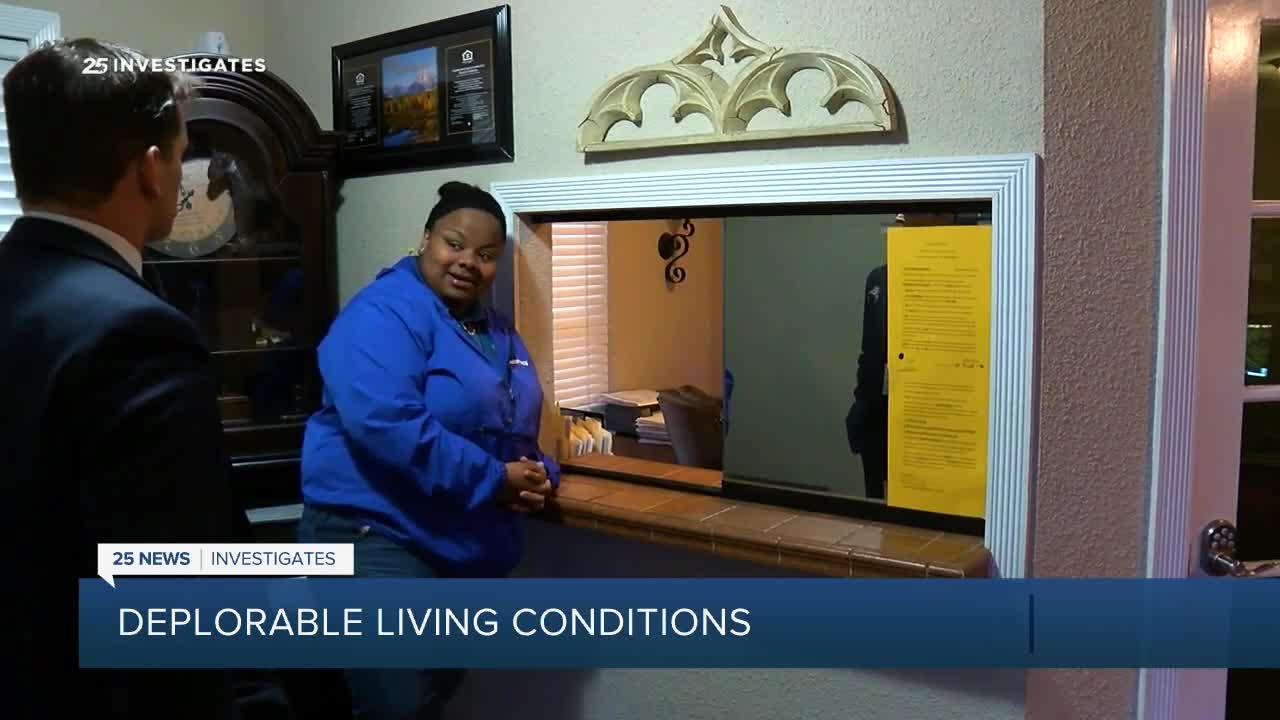 WACO, TX — Tenants at The Villages apartment complex in Waco are fighting unexplained charges and fees on their bills. One woman was charged with $1,100 in back rent - and she says she has never missed a payment.

Residents at The Villages first contacted 25 Investigates to discuss issues with roaches and rats. After a little investigating, we realized there was more to the story.

Many tenants have been fighting mold issues in their units. One of those tenants, a 69-year-old man, said he has been dealing with these issues for over a decade.

Not only has he been dealing with these issues, he said that no one has helped with the problem in all of those years.

"Nothing has been done about it...nothing!" he said.

The tenant said that problems have grown past mold within the unit. He said that management is now falsifying paperwork for extra charges.

"That's the main concern. Everybody around here...she (the manager) had a mob over there yesterday. They wanted to get in there and see about their rent and check on various things about all these extra charges, but she won't talk to them," he told us.

And it's not just him. A younger female tenant who has lived at The Villages for six years wanted her identity hidden as well due to fear of retaliation from management.

"I always pay my rent on time, so I'm not understanding how I owe $1,100 in back rent...even when I went to the office to speak with the lady. They couldn't give me a reason why," she said.

And when an older female tenant had proof for the management office she wasn't late on her rent, they acted as if they didn't care. The woman has lived at the apartments for the last 11 years.

"But it's like you didn't hear me. You just said well, let me get a copy and get back with me. Well, when they did get back with me, it was a note on the door. The note said I still had to pay these late fees," she said.

To find out why these so-called phantom charges are being imposed, we visited the manager's office, and actually found another tenant complaining about a notice she received.

We asked her if she was disputing the notice.

"Umm...yeah, this is what I actually come over to talk about, too," she said.

We eventually spoke to the manager, but when we put her on camera, she said, "If you wanted to come back and talk to us or schedule an interview, but I'm not consenting to being on video right now."

After our visit, the regional vice president of Southern Properties, the company that manages The Villages. was contacted. Her name is Michele Folino.

"We have not managed this property for very long. And so in the time that we've managed it...we just took over late in March managing it. And so there's just a little bit of a clean up process often when you take over a new property. You have a change over in staff and everybody is kind of trying to figure out the property. The prior management company was fired without notice, so we didn't have the time to like really kind of do due diligence or ever really understand all the challenges on the property upfront like we normally would have, so it's been a little bit of a clean up process," she said.

So 25 Investigates wanted to know if that meant taking on the challenge of cleaning up the mold?

With that, Folino said, "Umm...if there's somebody that specifically has a mold issue, we have not been made aware of that...that there's outstanding mold."

Folino told us that she plans on visiting The Villages apartment complex next Thursday to address items still outstanding that the management company hasn't addressed yet. As for this tenant, for now he says he'll believe it when he sees it. He's a little skeptical.

In the meantime, Folino told 25 Investigates that in light of this story, they will alert the tenants of a complaint line (that they first put out when they first took over in March of 2019), and remind them of that number.

She ended the conversation: "I don't want anybody that's not happy in their unit...I want to do what I can to make them happy."