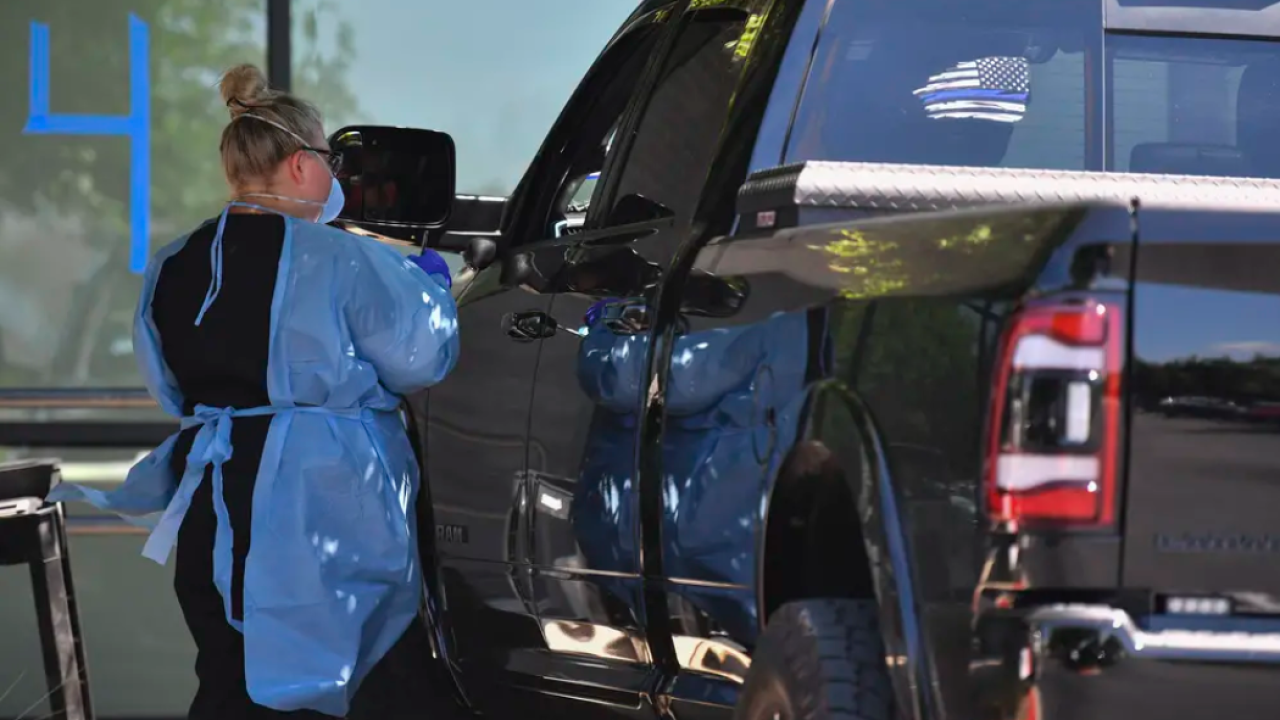 WACO, TX — The Waco-McLennan Office of Emergency Management announced a new saliva-based COVID-19 test at a new site, along with later hours starting this Friday, October 16.

Waco is the first community to offer saliva testing for COVID-19 through the federal Community-Based Testing Site (CBTS) program starting October 16, according to the U.S. Department of Health and Human Services.

Communities that are part of the federal surge testing effort for COVID-19, supported by the Trump Administration, have a new option: a test that uses samples of saliva collected by spitting into a sterile container.

These tests and sites will be in addition to the already announced self-administered 30,000 nasal swab tests currently available throughout October at various site locations seven days a week from 8 am-5 pm.

Made by Fluidigm Corporation and supported in part by the National Institutes of Health (NIH), the easy-to-use saliva test detects SARS-CoV-2, the virus that causes COVID-19, on a molecular level using a microfluidics platform.

The accuracy of the test is comparable to other molecular-level tests of nasal swab samples, according to a clinical study conducted by the manufacturer.

The U.S. Department of Health and Human Services (HHS) has traditionally provided nasal swab tests from other manufacturers to surge testing sites, which remain a choice for community officials.

This Friday and Saturday, October 16 thru 17th , from 9 am until 6 pm, the new saliva tests will be offered for free to anyone wanting to be tested.

To receive an accurate result, individuals must not have had anything to drink, eat, brushed their teeth, or otherwise consumed anything for at least a half an hour before being tested.

Waco Public Health says like all testing, on-line pre-registration is recommended to speed the process.

There are no pre-requisites for ANY of the close to 50K tests being offered to people throughout McLennan County.

Visit COVIDWACO.COM to see the dates, times and locations for all tests being offered for free and to register.

Waco Transit will be providing free transit rides to anyone going to or from a testing site for testing.