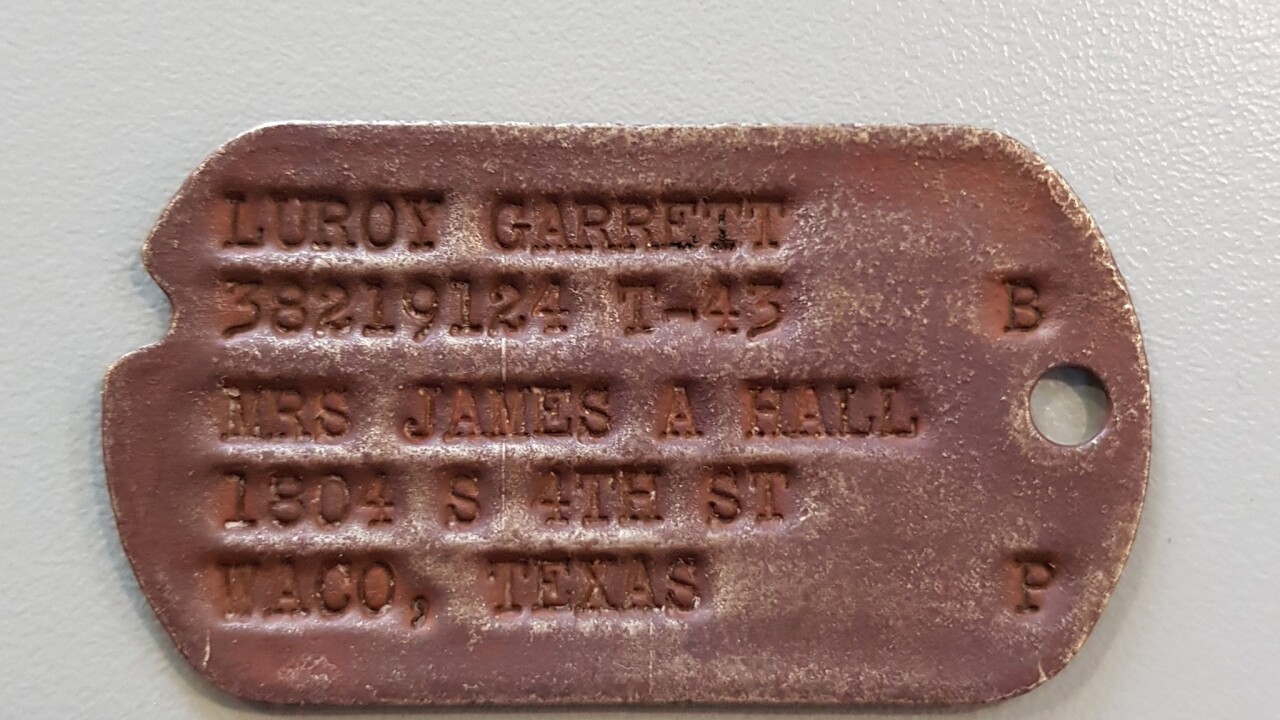 A United Kingdom museum is asking for help after a WWII identity tag was found in Oxfordshire.

The post said the finder would love to return it to the soldier's family. The tag was found by a metal detectorist near Eynsham Hall.

The solider was Luroy Garrett from Waco. The museum said Garrett was a janitor for a medical company in 1940. He lived with his wife and a 1-year-old son.

The museum is hoping to return the tag to the family.