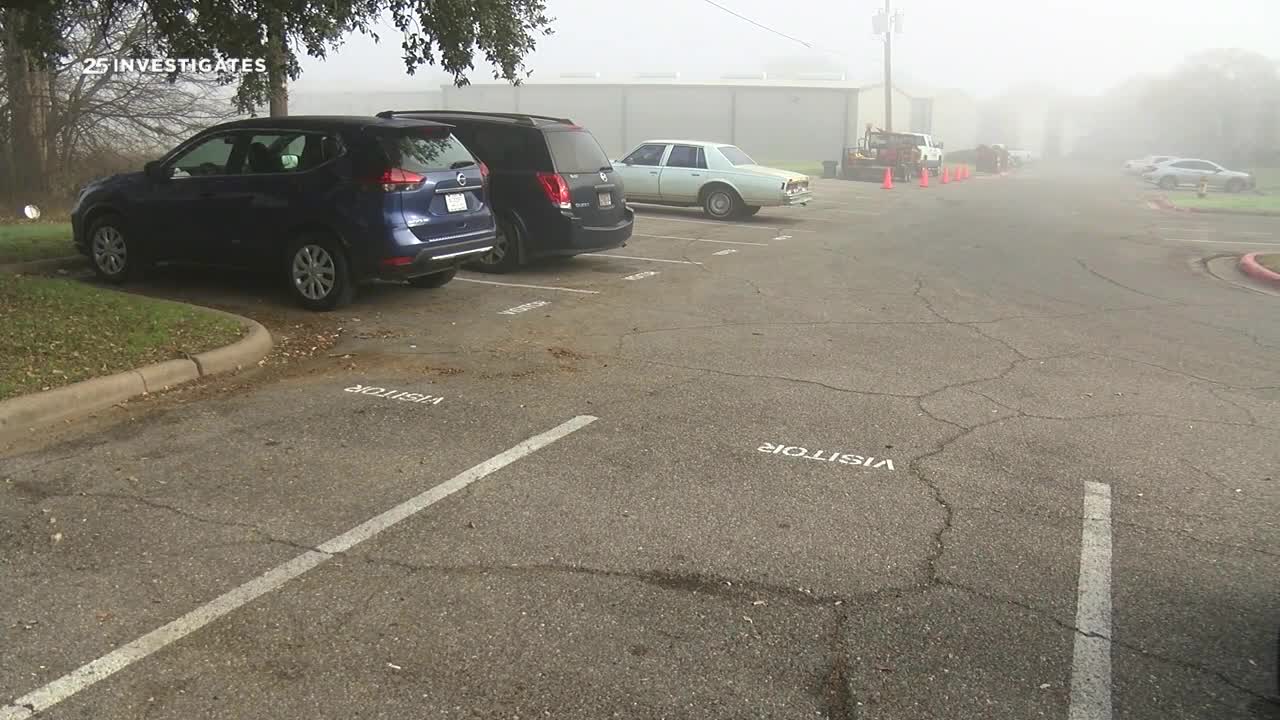 A tenant at The Colony Apartments in Woodway says his brand new vehicle was towed in the parking lot he was living in.

WOODWAY, TX — A tenant at The Colony Apartments in Woodway says his brand new vehicle was towed in the parking lot he was living in.

The man had just bought a brand new vehicle and had temporary tags. He says he spoke with the apartment complex and had informed him he did not have a sticker yet.

One night, his truck was towed 6 hours after he parked by a company called Rapid Recovery of Texas.

"I just received that truck during the holidays and so I had dealer tags on it," he said.

After being weak from recovering from colon cancer surgery, he was looking forward to getting back to regular life. However, it wasn't long before he hit a different bump in the road.

"I was staying with my grandson at the apartment complex and came out to take him to school and my truck had been towed," he told us.

There was no sign of his new set of wheels anywhere, but the towing enforced sign was visible.

On Jan. 12, he arrived at the Colony apartments around 9:00 p.m. Six hours later, Rapid Recovery of Texas was driving away with his truck, costing him nearly $300 to get it back.

When 25 Investigates reached out to the property manager of the Colony apartments, Megan Parsons, she said, "We let Rapid Recovery take over our parking lot to monitor unnecessary vehicles...people who don't live here."

She says they've been dealing with a problem of visitors taking up tenant parking, but the tenant says he informed the management about not having a sticker.

"I didn't have a sticker, and she said they had visitor parking. I told her I wasn't able to park there because one, they're usually full and two, I just had abdominal surgery so I can't walk that far," the tenant said.

Refusing to refund him for the tow, Parsons says he signed an addendum that states the complex would not be responsible for any towed vehicles.

"He understood 100% what the repercussions were going to be", she told us.

In the past few days, both Parsons and a representative of Rapid Recovery Towing both contacted the tenant. After speaking with them, the tenant contacted 25 Investigates to let us know that he will be reimbursed for his towing expenses.

He hasn't received a check yet, and although he will be anticipating receiving it soon, he's still warning others about remembering the rules of parking processes.

"If you don't know then I would keep an ear out and listen for a wrecker in the middle of the night."