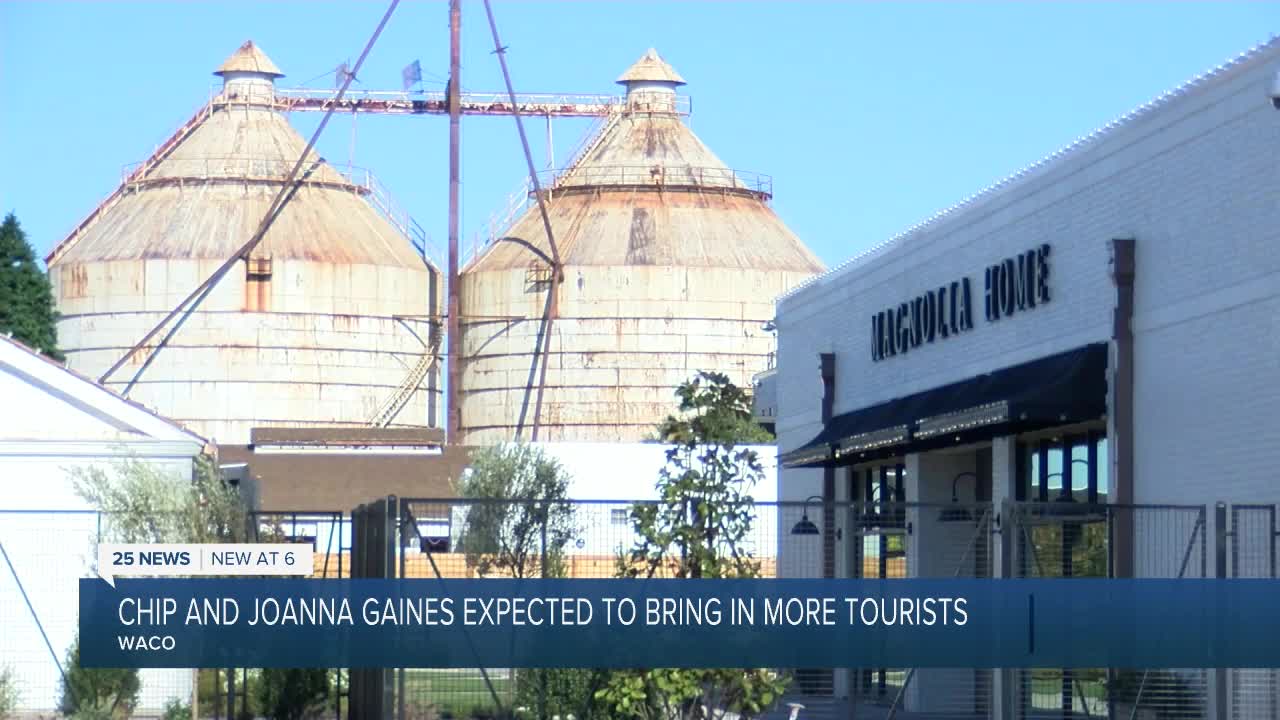 Since the opening of Magnolia in 2015, Waco has been a top tourist destination, averaging over two million visitors a year since 2016. Even amid the pandemic, 2021 looks promising thanks to Magnolia Network and the Silos expansion.

WACO, TX — Since the opening of Magnolia in 2015, Waco has been a top tourist destination, averaging over two million visitors a year since 2016.

“We’re actually up about 18,000 visitors in October, so we’re excited about that. We’re bringing back a few people with hotel rooms. Some people are coming and going for the day. So tourism is still very preliminary. It’s about half of what it was a year ago, but it’s double what it was in 2015,” said Carla Pendergraft, Director of Marketing & Communications for the Waco Convention Center & Visitors Bureau.

The pandemic knocked down tourism numbers to a little over a million visitors for 2020. Despite the drop, Chip and Joanna took advantage of the shut down by adding brand new attractions including a chapel, six shops, a Magnolia home store, and a wiffle ball field.

“It's really neat to see people come. We feel like without a question, the stability of the program, the reruns are still doing real good. their new program that is going to be coming out, as well as their network are all just good signs that Chip and Joanna are alive and well and Waco will be really enjoying the benefits of their future,” said Waco City Spokesperson, Larry Holze.

From June until September, Waco stayed close to 90,000 visitors a month.

After the grand opening of the $10.4 million dollar Magnolia expansion, tourism spiked to 115,000 in October, according to the Tourism Research and Statistics from wacoheartoftexas.com.

“From time to time, I’ll ride the free trolley that the city offers, and I just get on board and ask the people where are you from? "I’m from Missouri. I’m from Kansas. I'm from wherever, and we just love Waco." It’s that positive attitude that they're having and it's gratifying to know that they are coming to appreciate the lifestyle we enjoy everyday,” said Holze.

Chip and Joanna aren’t finished yet. With the upcoming launch of the Magnolia Network, tourism for the upcoming year is projected to rise significantly.

“When the pandemic is a little bit more under control, we think that it is going to come back... roaring back, and that they will absolutely exceed all the numbers in the past. We think that people will really want to come and see Waco again, because we are already seeing people coming back,” said Pendergraft.

On January 4, the Magnolia Network will preview on Discovery+ before launching at a later date in the upcoming year. The preview will only be available on streaming devices.