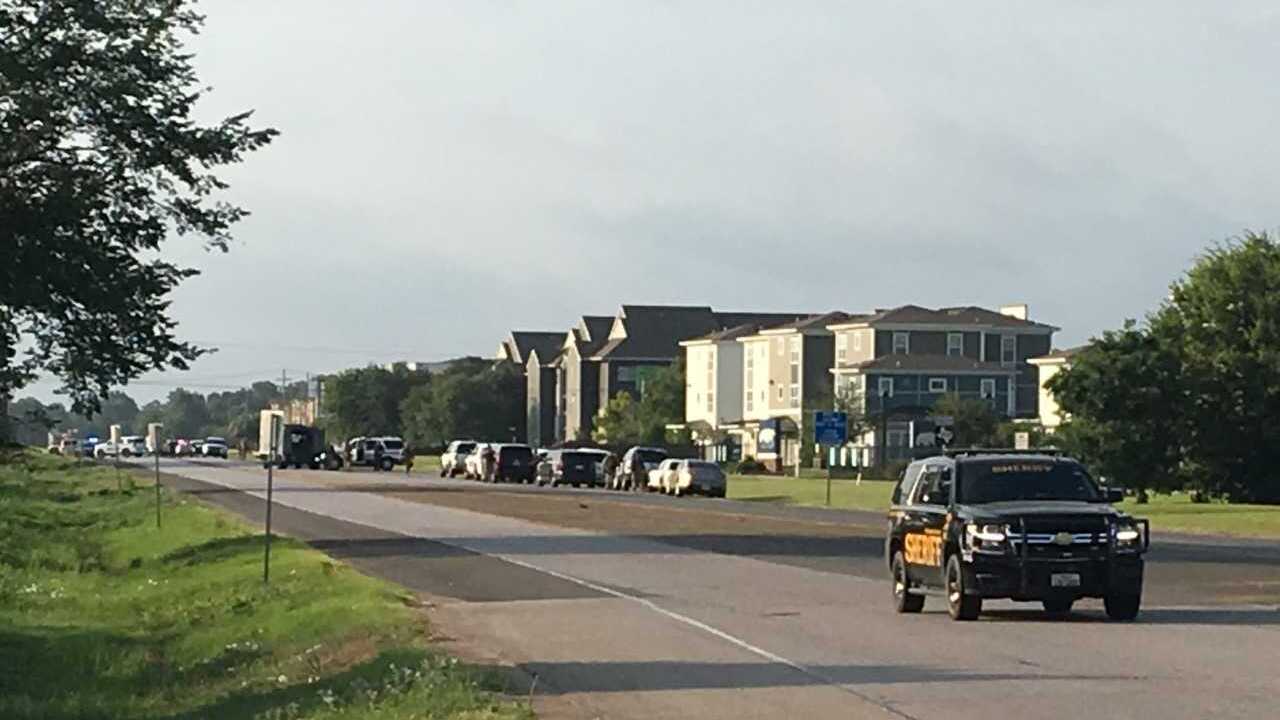 WACO, TX — All streets and an apartment complex are now open after a resident surrendered to police on Wednesday.

Waco police said they were notified around 5:30 a.m. about a resident at the Outpost who was armed with a gun and then went into the woods. This was on the east side of University Parks.

There were several reports about a person armed in the trees along the road.

About 7:45 a.m., officers were searching in the area when the resident came into the street with a gun pointed at officers. He then tried to provoke them.

The resident then became frustrated and put the gun to his head and threatening suicide.

A negotiator arrived and talked to the man. He later surrendered at 8:20 a.m.

Outpost, Ursa and Oso Verde were on lockdown during the incident.

Waco police, DPS, the McLennan County Sheriff's Office, Baylor police and AMR were on the scene.

All streets and the Outpost are now open.