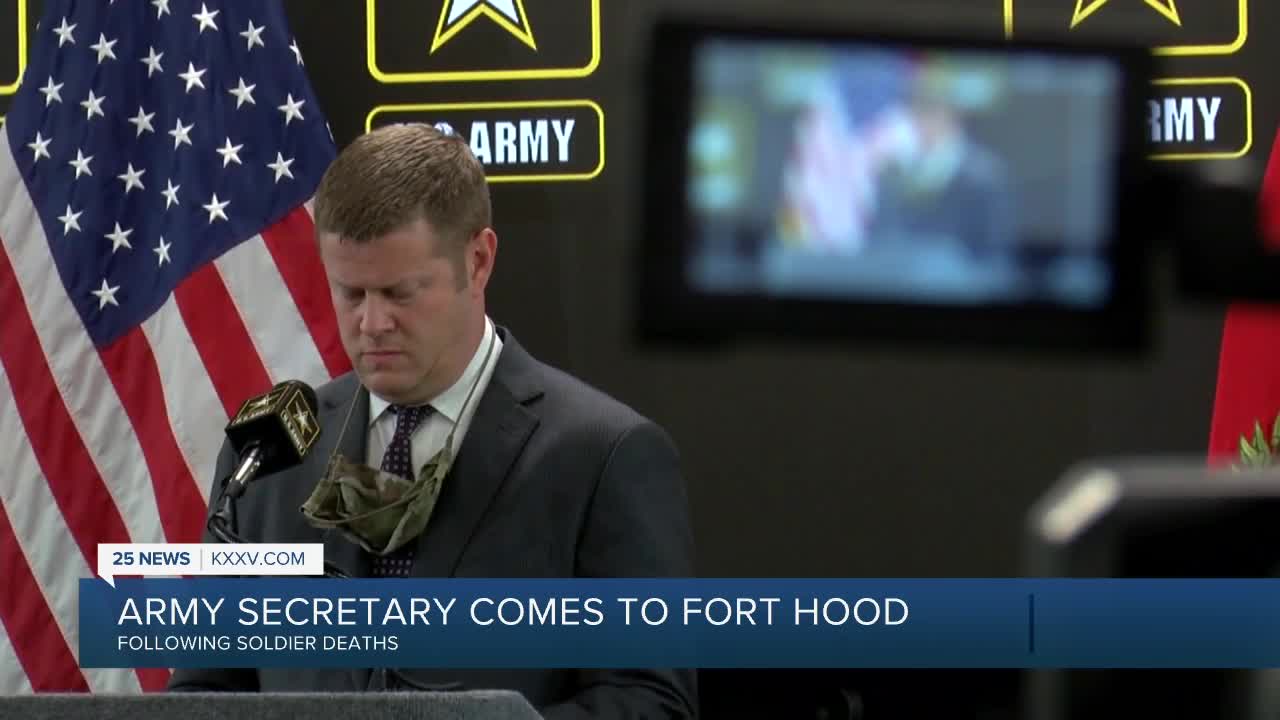 Secretary of the Army Ryan McCarthy has directed an independent review of command climate at Fort Hood.

For the first time since officially becoming Secretary of the Army, Ryan McCarthy paid a visit to Fort Hood.

After speaking with families and people in the Fort Hood community, McCarthy says he's angry, frustrated and disappointed.

The leadership at Fort Hood has come under fire for how they handled Specialist Vanessa Guillen’s case.

"Fort hood lacks the responsibility, safety and respect, because they didn't respect my sister." said Lupe Guillen during a previous press conference on the death of her sister Vanessa Guillen.

"I wanted to come to come to fort hood, so that I could listen to the force at every level." says McCarthy.

McCarthy spoke with soldiers, leaders and residents in the Fort Hood community, to better understand the issues plaguing the post first hand.

"I'm a person just like you, and if you don't tell me about the challenges you face, there's no way to fix it no way to address it to try to make them better." says McCarthy.

Sexual harassment and the reporting of concerns are areas McCarthy has promised to investigate.

"We're going to do everything we can to prevent these types of things from happening, to learn from this, and to move on." says McCarthy.

As more stories of abuse, and missing soldiers come to light, a petition to shut down Fort Hood has over a million signatures online.

"The amazing contributions of people here on this instillation have to continue, we rely on these people to continue our way of life"

Instead McCarthy says he hopes to honor families through change, even if it means replacing leadership at Fort Hood.

"We vow for our rest of our time in service, to prevent these types of acts and to find out how to prevent them in the future so that it never happens again." says McCarthy.

McCarthy says he's spoken with over 100 soldiers candidly over the last couple of days.

He also plans to look into when soldiers are considered AWOL, or if they've gone missing like solider Gregory Wedel Morales.

Secretary McCarthy says he has sent his condolences to the Guillen family.