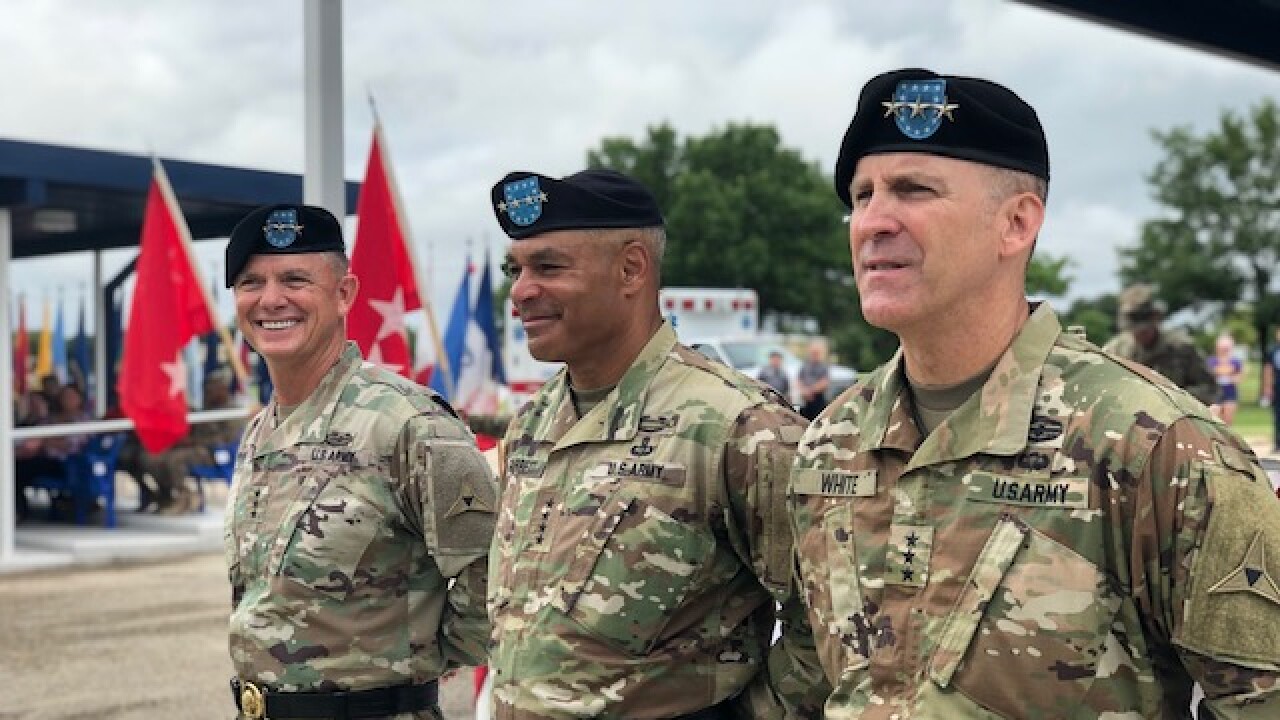 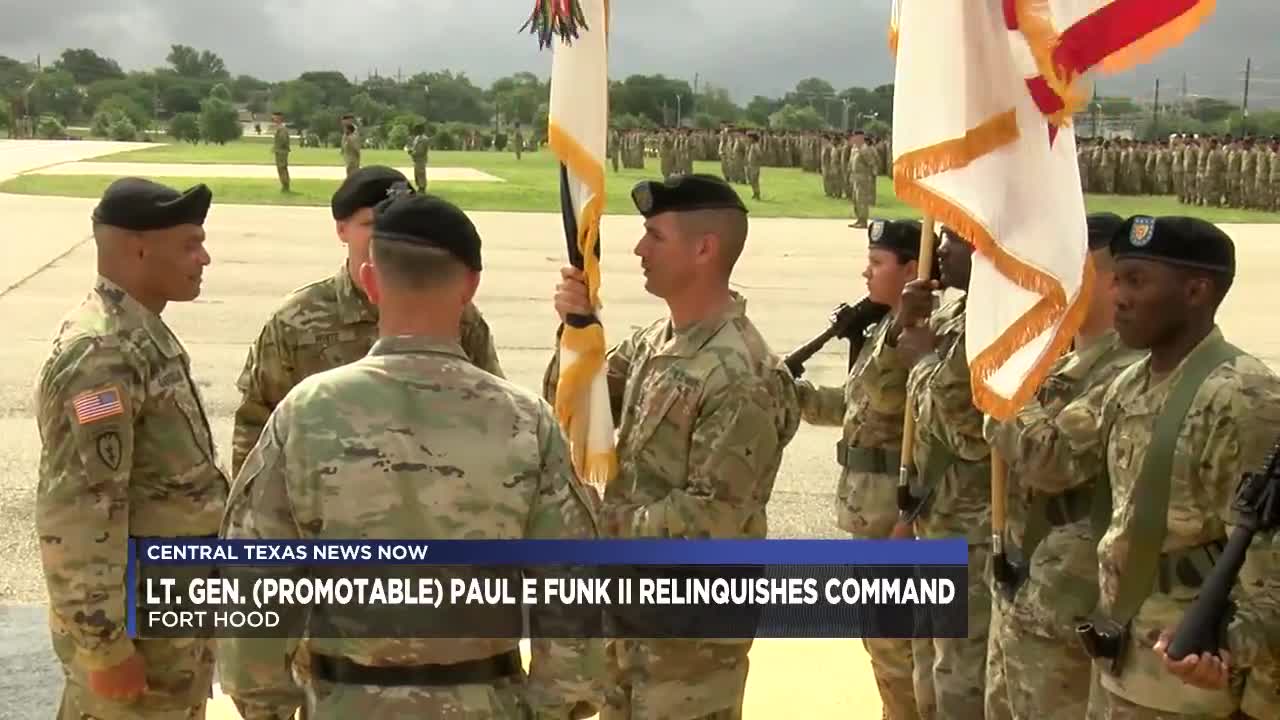 FORT HOOD, TX — A Change in Command Ceremony was held Wednesday morning where Lt. General (Promotable) Paul E. Funk II was officially relinquished of his duties as the III Corps Commanding General and signed off as Phantom 6 for the final time..

"I am immensely proud to have served alongside every one of you, the Phantom team is in great hands going forward," Lt. Gen. Funk said.

"Pat and Emma White are long-time friends of Beth and I, they're no strangers to the Phantom Corps. We are excited to share the great place of Central Texas with them," Lt. Gen Funk said.

"To the Phantom Warrior Fort Hood team, I am committed to providing you that leadership. You have a phenomenal reputation as a fighting force and the hammer of the United Stated proceeds you across the globe," Lt. Gen. White said. "I do expect soldier first and foremost to take care of themselves and then we will take the soldier and integrate it into a formation that becomes lethal. We are super excited because such a great job has been done by previous command teams and those that are in the corps to get us to a point where we can deliver that to our nation."

Lt. Gen. Paul Funk will be promoted to a four-star General, it's a title that only one percent of those who serve earn.