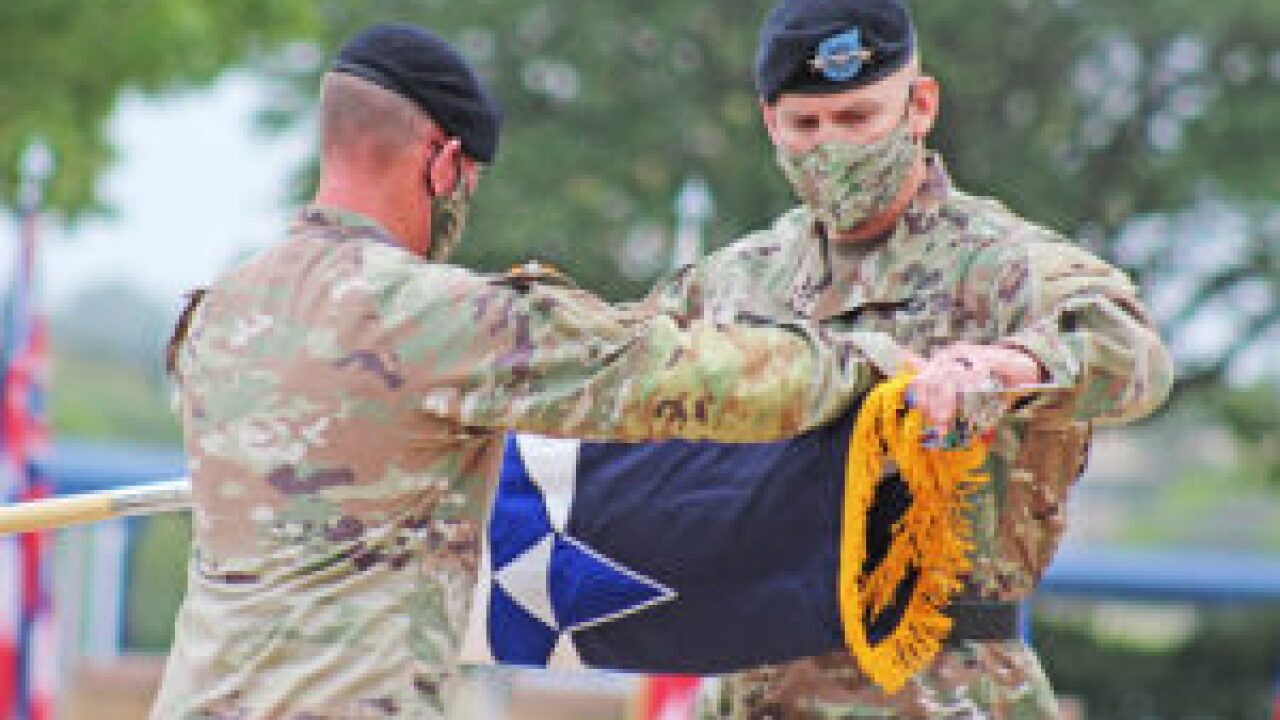 III Corps headquarters is officially home from its seventh deployment to the Middle East since 2003.

After a year, nearly 400 soldiers are back home with their families.

Many things have changed in the world we live in since the soldiers were last here, including Ft. Hood in the spotlight in for all the wrong reasons.

After a successful mission overseas defeating ISIS, Lt. Gen. Pat White and Command Sgt. Maj. Cliff Burgoyne, Jr., marked their official return home with an uncasing of the colors. Though they have completed their mission overseas, Lt. Gen. White says the have another one battle here at home.

“Back here we lost 28 of our own, our country has taken on racism head on, and COVID changed the way we operate in our lives,” said White.

Finally stepping back on Texas soil never felt so sweet, but Lt. Gen White says there's work to be done at Fort Hood to repair the trust that has been broken.

Echoing the messages of unity from Major Gen John Richardson, White explains after a 5-day rest, unit leaders will undergo a certification program so everyone can be on the same page.

“We are going to revisit this every month, once a month. Next year we’re going to do it all over again the whole installation because there’s going to be new people and new leaders," he said.

Caggins said prioritizing meaningful connections with unit leaders and soldiers will only improve the quality of life on post and beyond.

"Health is the most important physical health but also mental and behavioral health. When there are trusted team's morale goes up retention rates go up and those things are ultimately makes us more capable on the battlefield," he said.

While leaders are working on base, District 25 Representative Roger Williams is working on the outside to ensure Ft. Hood gets the funding they need.

“We’re always concerned about their living conditions but we’ve been able to do some really great things here on Fort Hood with Barracks. We passed legislature to enable funding to come through there’s more to do but between the barracks in the world pools we’ve made tremendous strides," said Williams.

Lt. Gen White feels these changes won't be instant but says he needs the support of everyone one to ensure change is meaningful and lasting.

“I really need you to have a voice of positive change we cannot do this by ourselves we are your army we come from America I need everybody piling on this effort," said White.

Returning soldiers have to go through a reintegration process to ensure their smooth return to civilian life, but some soldiers did pay the ultimate sacrifice will fighting against ISIS. Lt. Gen White says he will ensure they aren't forgotten, as well as the 28 Fort Hood soldiers who have died this year at home.

White also says he plans to meet with the family of Vanessa Guillen, hopefully within the coming weeks, to further discuss the changes that will be made on Fort Hood.