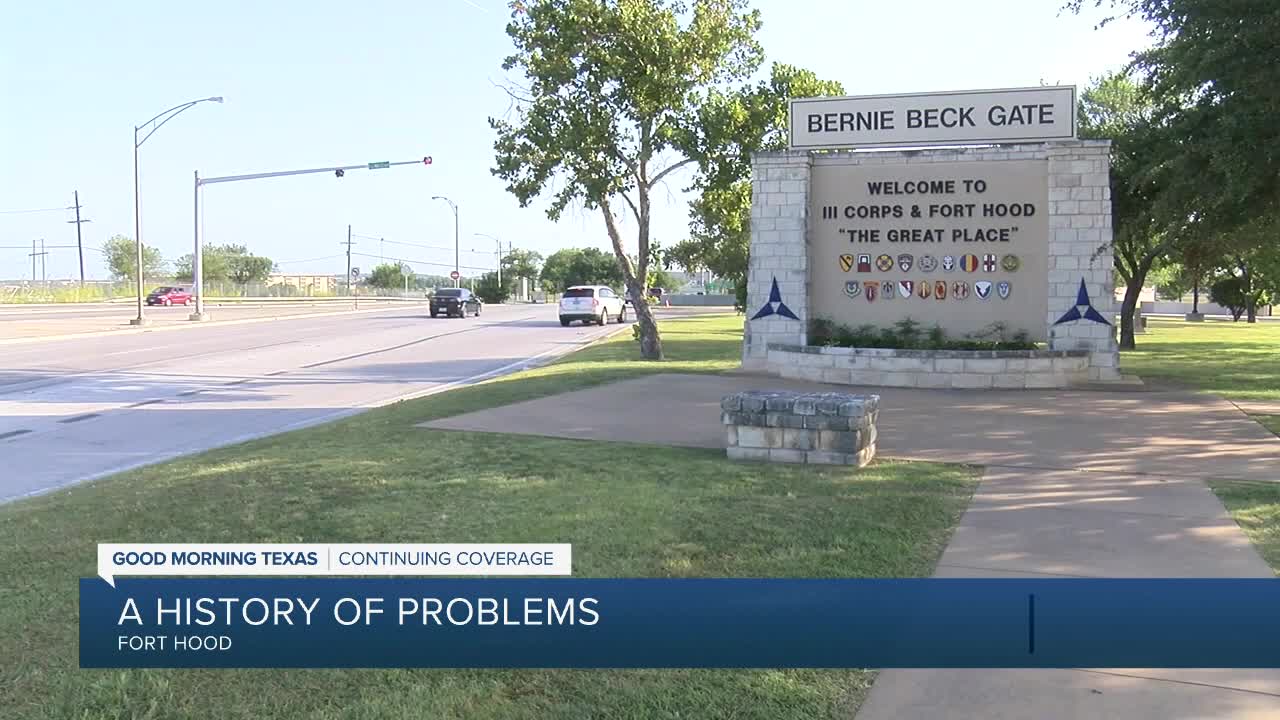 FORT HOOD, TX — News of another soldier dead on Fort Hood during training reminds us that though leaders there say much has changed, soldiers still keep disappearing or dying.

Will the coming changes outlined last week during the change of command help?

The problems on Fort Hood didn't start yesterday, and they won't get fixed tomorrow. Neighbors of this Army post say they've seen it go on for years.

It started with the disappearance of a woman in nearby Copperas Cove.

"The problem is, it started a long time ago. around early, the middle '80's, where people were disappearing such as this young lady who disappeared in Cove," said U. S. Army Veteran Dave Valdez who recalled the disappearance of Elizabeth Campbell marks the first time he remembers someone going missing in and around Fort Hood.

After that, he says, incidents involving the post came more frequently.

”People have become so used to hearing about this stuff,” he said about the seemingly endless stream of bodies turning up on highways in, and around Killeen. Campbell's case, still unsolved, has become one of Texas' most enduring mysteries.

Soldiers missing, soldiers found dead, and other incidents started adding up. Some pointed to as many 22 soldier suicides.

"The numbers are high here. They are the highest in most cases of sexual assault harassment and murder for our entire formation of the U.S. Army," explained United States Army Secretary Ryan McCarthy, an Army veteran himself.

This year, incidents happened at such an alarming rate, with at least 9 dead, 7 suicides, the Army had to face and fix its problems.

"We are going to put every resource, and all of the energy we can from this entire institution behind fixing these problems," McCarthy promised. And while the Army does that, people with more history here wonder if even that's enough.

Dave Valdez says he watched as the army dropped its search for deserting soldiers, handing that job to civilian police.

He wonders if it's the same for the more recent cases of the missing.

”I really don't think it's been looked into as well as it could have,” he said.

Just how active, became the focal point for a case that tipped the scales and unleashed a storm of criticism on Fort Hood.