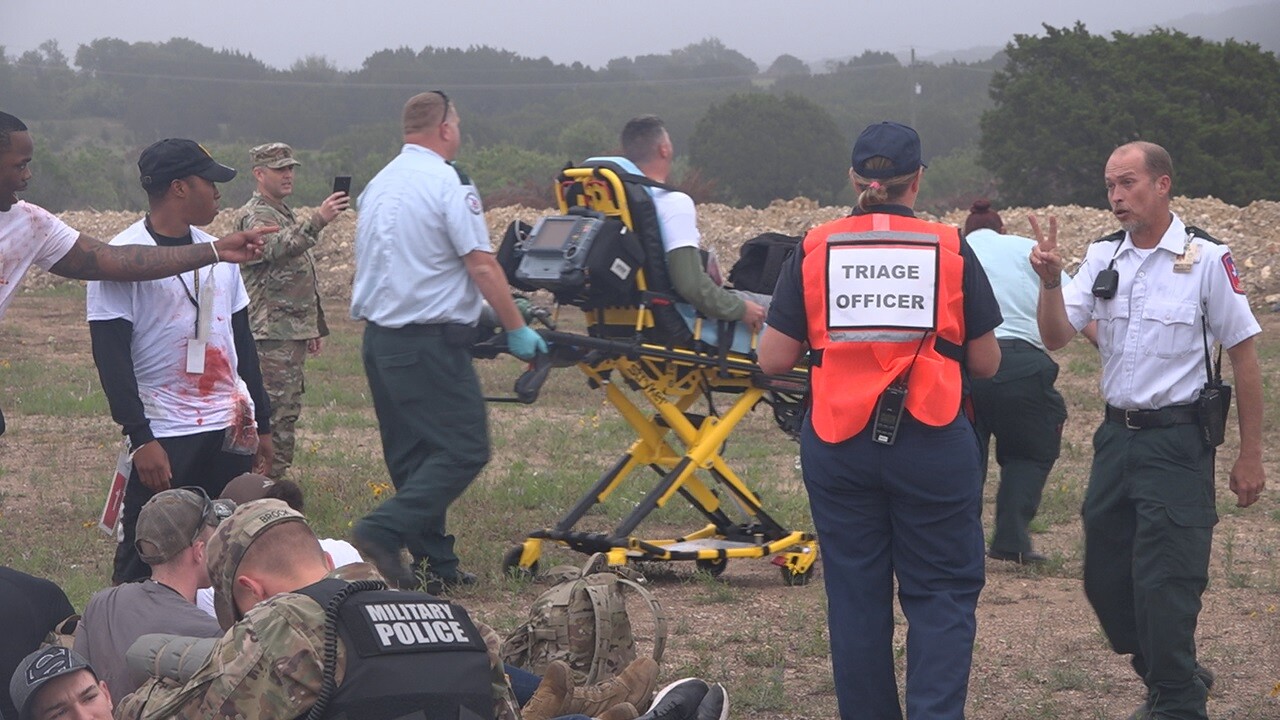 FORT HOOD, TX — If you live in Bell County, you might have noticed emergency lights, sirens and even smoke in the area around Fort Hood.

However, it was likely just a drill on Tuesday.

And on Tuesday, they kicked off the two-day event.

"This morning they called in saying it was an in flight emergency. Something went wrong with the aircraft as it was flying," explained Jeffrey Ashley, assistant chief of operations at Fort Hood.

"So I was in the crash, but I flew out of the plane. So I was no longer in the plane. I was found in the woods," said Sergeant William Meyer who volunteered to participate in the annual exercise.

"Knowing it was an exercise, we simulated moving all of our vehicles out on the flight line," said Ashley.

"Saw the triage officers getting together with all the medical personnel, the fire department and they were giving each other notes telling everybody what their injuries were, so they could put them in the right spots to get them treated as quickly as possible," added Meyer.