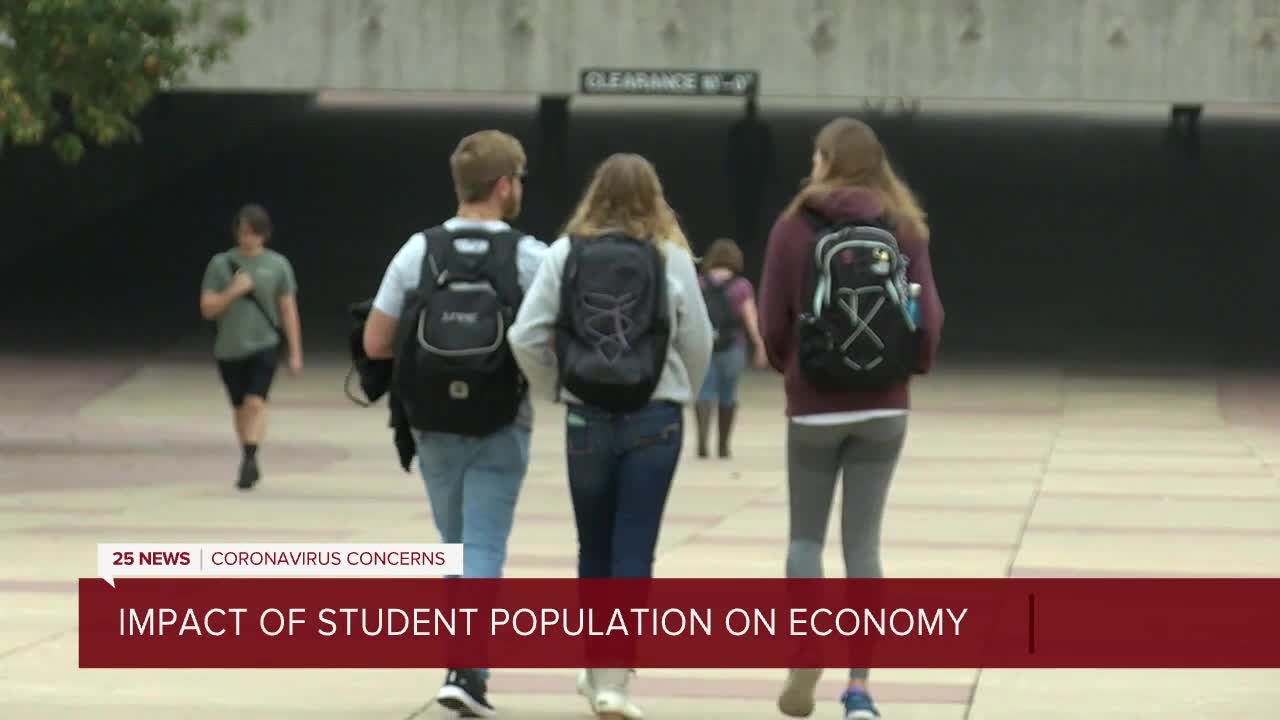 COLLEGE STATION, TX — There are still a lot of unknowns as we quickly approach August for the upcoming school year at every level.

Local Bryan-College Station businesses are anxiously waiting for students to return to school because they will bring back a boost to the local economy.

As one of the main drivers of the local economy, the plan for students to return to college station for the fall semester is critical.

“They might come and something happen mid-semester like in the spring and that’ll be one thing but if they students literally aren’t here, I mean I don’t know how to put it gently, it’s a disaster,” said Jansen.

Texas A&M University has announced its plan on conducting at least 50 percent of their classes online but if that plan were to change, economists say much of the same areas of the economy that were hit the hardest in the spring will see much of the same.

“It’ll have terribly negative impacts on hotels, on restaurants, on bars, on clubs,” said Jansen.

While students returning is important for Bryan-College Station, there is a lot more uncertainty with the economy.

“Even after months of having COVID-19 around, there’s still so much that we don't really know about it so it's hard to predict going forward what the restrictions and therefore what the economy will look like two months from or four months or six months from now,” said Jansen.

Economists say it's going to be a slow recovery, no matter what situation unfolds in the coming weeks.

They say the economy's future is solely in the hands of a vaccine and how soon we will have one for this global public health crisis.